Home /Cambodia, Ethnic Minorities, Indigenous rights/The need for better protection and enhancement of the rights of the Indigenous Peoples in Cambodia 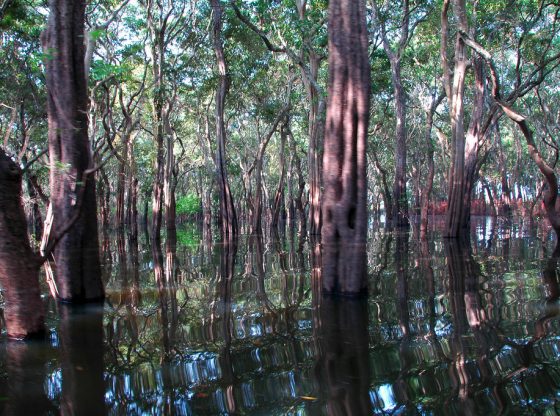 One way to empower the Indigenous Peoples is to give legal recognition to their collective communities and resource rights and entitlements. As of September 2019, the Cambodian government had granted Communal Land Titles (CLTs) to 24 indigenous communities, while 139 communities were still going through the lengthy application process.

However, not all communities have been granted Cambodia’s legally recognised Indigenous People (IP) status. Out of 445 established communities, only 146 have been recognised as IP communities. The recognition of IP status and the provision of CLTs (along with other forms of collective entity) is crucial for the Indigenous Peoples to protect and manage their lands and forests and use them in a sustainable fashion to improve their livelihoods. However, this is not a sufficient mechanism for safeguarding the Indigenous Peoples’ access to natural resources, whether collective or individual.

Conservation projects such as those which aim to mitigate climate change impacts, restore forests, conserve biodiversity and enhance the economic benefits from sustainable forest management often do little to improve indigenous communities’ livelihoods

The problem first emerged when the government and donor organisations assigned an economic value to natural resources for national development in the early 1990s. This growth-focused commodification of lands and forests has culminated in diminished access to natural resources for the indigenous population. Forest concessions followed by mining concessions and Economic Land Concessions (ELCs) have caused widespread land conflicts with indigenous communities, during which their resources (both collective and individual) have been grabbed and their means of living diminished.

This sort of encroachment has usually been coupled with deforestation-inducing policies, which have damaged non-timber forest products as well as reducing areas available for swidden farming. The granting of these concessions has often been made without the free, prior and informed consent of the affected communities or a proper Environmental and Social Impact Assessment.

Under pressure, the government has reviewed and cancelled a number of ELCs due to their poor performance, violation of contracts and, crucially, conflicts with local communities. As of January 2017, 32 of 257 ELCs had been revoked. Among these, 27 were land areas which had been converted from national parks and wildlife sanctuaries. In August 2019, the government nullified permits to transport forest products (including timber) from ELCs. Despite the moratorium on ELCs and efforts at resolution by the government and non-state actors, conflicts between local and foreign concessions and indigenous communities nevertheless remain significant, and there is a great need for better remedial action.

Conservation projects such as those which aim to mitigate climate change impacts, restore forests, conserve biodiversity and enhance the economic benefits from sustainable forest management often do little to improve indigenous communities’ livelihoods. Notwithstanding the community focus, these projects have failed to recognise the Indigenous Peoples’ traditional ways and rights to forest use, but have instead given government authorities greater oversight over these resources.

Instead, other forms of use such as community forests, CLTs, community protected areas, community-based production forests and community conservation forests have been established within protected areas. These new forms of use have restricted the Indigenous Peoples’ access to their traditional means of living and forced them to take up new ways of supporting themselves, such as through illegal logging and cash crop cultivation.

However, this shift has resulted in environmental degradation and increased climate variability, and it has created social disenfranchisement, since market mechanisms have enabled a privileged few to benefit while exacerbating conditions for the rest. Compounded by deforestation, ELCs and ‘reforestation’ concessions in the project areas, indigenous communities’ resources for subsistence practices have been further diminished by this change. In essence, it is as if the Indigenous Peoples’ means of resilience has been grabbed.

Cambodia has accrued over 11 million US dollars from carbon credit sales to foreign companies in developed countries since 2016. Some of these revenues have been earmarked for conservation schemes and community development projects, such as training in agricultural practices. However, conservation projects which tap into carbon credits have failed to provide equitable and inclusive benefits to indigenous communities. This is due to the assumption that ‘conservation’ needs a ‘market’ approach that incentivises communities to conserve forests. This assumption also contends that communities are homogenous and have common ‘land-use practices and resource rights’. Hence it is assumed that everyone has the same desire and interest in joining conservation projects.

Because of this, conservation schemes have produced fragmented benefits and enabled elite capture as a result of their failure to discern the politicisation and power relations in resource use – both within communities and between indigenous communities and other stakeholders. These problems come on top of the discouraging returns from carbon credit sales, which vary between 5 and 13 US dollars per tonne of carbon dioxide.

By and large, the reason for all these pitfalls is the failure of the government and other concerned actors (such as donors and companies) to recognise the Indigenous Peoples’ customary rights and entitlements to resource use. This outright rejection and the establishment of other forms of use turns the Indigenous Peoples into ‘subjects’ rather than ‘owners’ of their resources. Consequently, when conflicts arise, they are marginalised due to power imbalances in the resolution processes (such as negotiations through multi-stakeholder avenues).

Another difficulty lies in the failure to ‘politicise’ the matter at stake. Focusing purely on technicalities in order to obtain state collaboration, rather than attempting to decipher state collusion through the patronage system, undermines the wholeness and efficacy of well-intended projects and resolution processes. Ultimately, livelihood improvement schemes need to consider the heterogeneity of communities and the market mechanisms which marginalise those with limited resources who still rely on subsistence practices. Non-economic values of natural resources need to be emphasised just as much as economic ones.

Chanrith Ngin is a Senior Research Fellow in Development Studies at the University of Auckland, New Zealand. He is co-editor of a Special Issue on ‘Land Restitution’ for the journal Land, and also co-editor of the Routledge Studies in Global Land and Resource Grabbing series for Taylor & Francis Group.

Rethinking the food system to address hunger, health and social equality: Notes from the northeast of India
Brexit identities and British public opinion on China