Indigeneity and religion in the Mentawai Islands 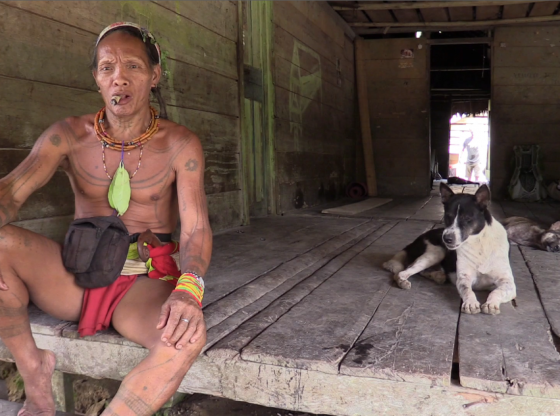 Aman Boroiogok is literally the poster boy for the indigenous people of the Mentawai Islands in West Sumatra, Indonesia. Travellers exiting the Minangkabau International Airport in Padang, the nearest city, are greeted by an advertisement for the Mentawai Islands in which Aman Boroiogok is featured. Wearing his customary headdress, necklace and loincloth – the tell-tale signs of a shaman – covered with ‘traditional’ tattoos, and carrying a bow and quiver of arrows, he faces a panel featuring a surfer inside the barrel of a perfectly-shaped wave, people relaxing in calm, crystal blue water, and a white sand beach. 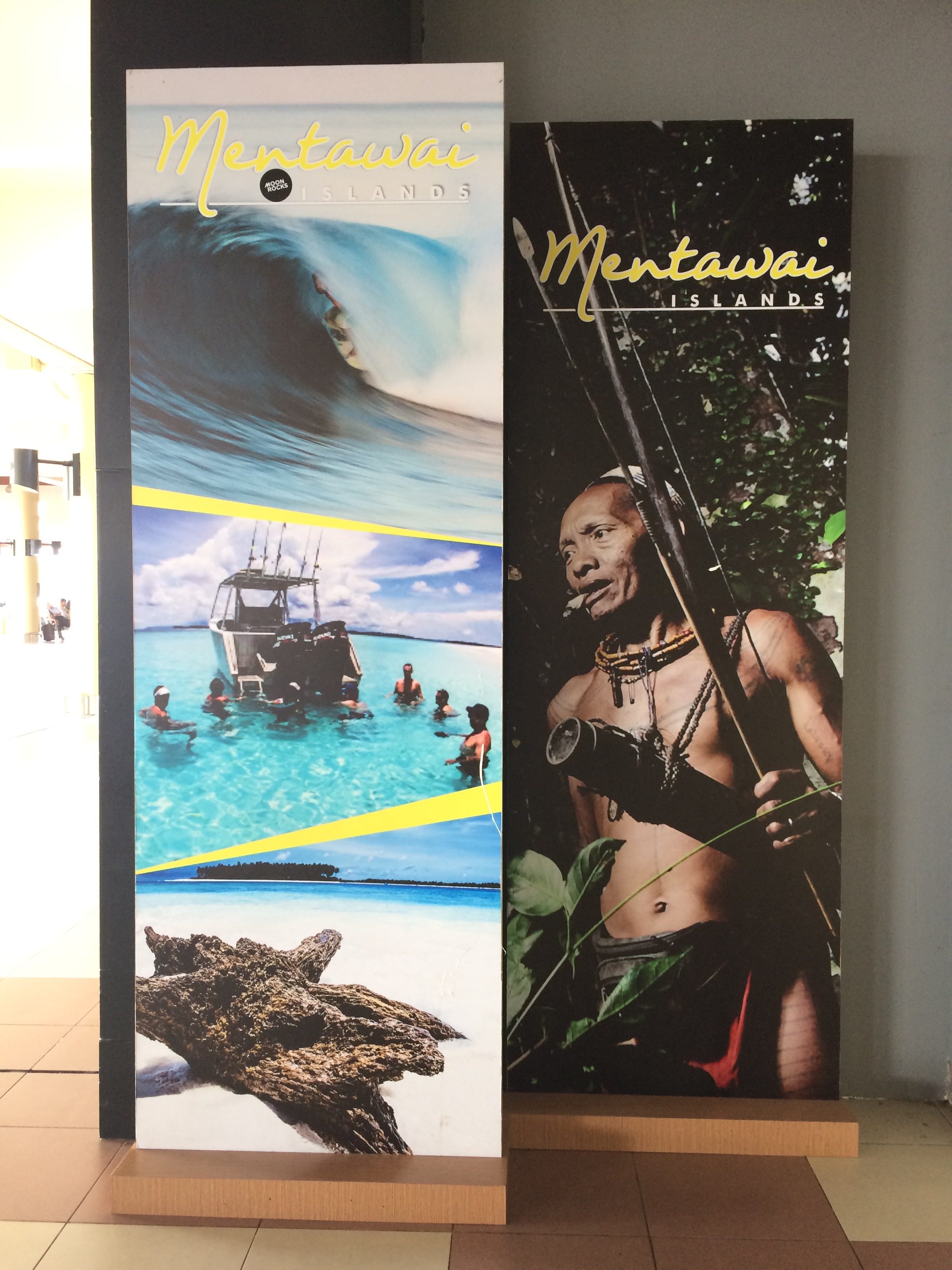 People like Aman Boroiogok are enjoying a kind of renaissance. For decades, the Indonesian government did its best to make them disappear.  Modernisation programmes in the 1970s identified the abolition of the shaman and the indigenous religion as the key to transforming the Mentawai people into modern citizens of Indonesia. The government encouraged people to abandon their longhouses, where most of the important religious ceremonies were held, and to take up residence in single-family dwellings in model villages with a church, mosque, school, and trade stores.

Aman Boroiogok and many members of his clan, the Sakaliou, refused to do any of this until a few years ago. They rejected the villages in favour of the longhouses on their ancestral land and continued to practise the indigenous religion in open defiance of the government and many other Mentawai people.

It was about the same time, in the 1980s, that members of the Sakaliou clan began to host foreign tourists. The tourists often came in search of a kind of sacred knowledge that they believed Aman Boroiogok and people like him possessed. The presence of the tourists enabled their Mentawai hosts to claim that while the Indonesian government wanted them to change, the rest of the world wanted them to stay the same.

The tourists served as witness to the destructive effects of the modernisation programmes and helped to prevent government intervention in the lives of the indigenous people. Their presence also encouraged their Mentawai hosts to become more and more indigenous, leading to a kind of cultural inflation. The Sakaliou clan’s longhouses and the ceremonies they held inside them grew in scale, which attracted more tourists, which led to more growth.

As Aman Boroiogok and the Sakaliou clan were defining what it means to be indigenous, political events elsewhere in Indonesia initiated changes that would eventually reach the Mentawai Islands. Suharto fell from power in 1998, and authority was rapidly decentralised to the provinces and local areas. The Mentawai Islands became their own regency (separate from the regency centred in Padang), and a Mentawai person was elected to be the first regent in 2003. Following charges of corruption, he was removed from office in 2010, and the second regent – another Mentawai person – was elected in 2011.

Yudas Sabaggalet was what many Mentawai people had been hoping regional autonomy would yield: a leader who was indigenous.  He was from the upriver village nearest the Sakaliou clan’s ancestral land, and although he was Christian, he continued to practise many aspects of the indigenous religion. He took pride in ‘Mentawai culture’, ended government programmes that endangered ‘tradition’, and incorporated indigenous ideas, values and practices into government policies and events.

For Aman Boroiogok and the Sakaliou clan, the momentous political changes caused the bubble of tourism to burst. The tourists were no longer the primary arbiters of indigeneity in the Mentawai Islands. Around the time that Sabaggalet became regent, many members of the clan abandoned the longhouses on their ancestral land and took up residence in the villages –including the village that Sabaggalet came from.

Aman Boroiogok moved even further away to a downriver village. The people there, he says, are more in need of his services as a shaman. With the renewed interest in indigenous practices, he now performs not for foreign tourists, but for Mentawai people. Occasionally, he is called upon to perform at government events, and he has been as far away as Jakarta and Bali. Aman Boroiogok has become a traveller who passes through the very airport at which his face beckons other travellers to visit the Mentawai Islands.

Christian Hammons teaches anthropology and critical media practices at the University of Colorado Boulder and is the Associate Director of the Centre for Documentary and Ethnographic Media. This article is based on a forthcoming film, Turtle Bites Tail, about indigeneity and refusal in the Mentawai Islands, Indonesia.