Reason to be hopeful: When ‘The Legend of 1900’ overtakes ‘Charlie’s Angels’ in China

Home /Art, China, cinema/Reason to be hopeful: When ‘The Legend of 1900’ overtakes ‘Charlie’s Angels’ in China 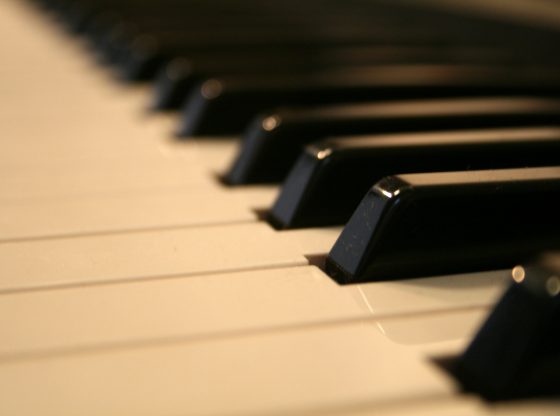 If this is not a miracle, it is certainly strong evidence of great enthusiasm.

The Legend of 1900 (La leggenda del pianista sull’oceano) is a classic Italian film from 1998 that received widespread international recognition and a great many awards when it was released, including at the David di Donatello Awards, the European Film Awards, the Italian National Syndicate of Film Journalists Awards and the Italian Golden Globes. The film is also well-known for its original soundtrack composed by Ennio Morricone.

When it was first distributed globally in the late 1990s, the film was not released in China. However, this does not mean that Chinese audiences were unaware of it. The Legend of 1900 was often included in lists of ‘the best art films you should see’ which circulated among Chinese film enthusiasts in online discussion forums.

According to Douban database, the film is currently rated 9.2/10 in China and has attracted over 1 million reviews. The earliest comment about this film online can be traced back to 2005, where one contributor wrote: ‘I like this film, mostly because of its music. I now know this is how someone can play the piano well. The music has melted me. Regrettably, 1900 has not entered our shallow world to enjoy the success that it deserves’. There is scope for scholars to investigate into its earlier reception in printed materials.

In fact, The Legend of 1900 has been known to Chinese film fans for a great many years, quite likely since its first release. One can imagine then, how excited Chinese audience must have been when it was announced that the film’s 4K restoration would be released in China. Being able to see a classic film on the big screen has long been the dream of many film enthusiasts in China. Such repressed desire is too profound to be described in words.

The nation-wide distribution was enabled by a collaboration between Hishow Entertainment and China Film Co., Ltd. However, it is not publicised regarding which type of quota that the film was imported under, quite possibly the buyout model. Opening in China on 15 November, there was another film running alongside The Legend of 1900 in the market: Hollywood’s Charlie’s Angels. Before the race started, many would perhaps jump to the conclusion that there was no way that The Legend of 1900 could outstrip the latest Hollywood production at the box-office. Such predictions were wrong.

When the two films were released, the Italian film was already a long way ahead of the Hollywood blockbuster. Furthermore, The Legend of 1900 once sat at No.2 throughout the country, and currently has a box-office of US$17,125,423. To put this into perspective, the film’s total worldwide box-office is only US$9,331,629 since 1998. In other words, the box-office for The Legend of 1900 in China over a week has exceeded the film’s worldwide box-office over two decades. This achievement is remarkably significant. To date, the 4K restoration of this classic film has yet to be released in other countries and it is very unlikely that this record will be broken.

For a European film to overtake a Hollywood production in the box-office of a single market is a phenomenon which has rarely happened anywhere else before. The success of The Legend of 1900 in China is a statement and a love letter which demonstrates a historic improvement, although one that probably not many would understand apart from those who have supported the film. Audiences in China are gradually becoming bored with Hollywood films and more curious about films from other countries. With a large population that is knowledgeable about European films, there is a growing market for both classic and new European titles to be distributed in the world’s largest market for foreign film consumption.

Have faith comrades. The future is bright; we just need to work harder, that’s all.

Dr Hiu Man Chan is a researcher associated with Cardiff University who specialises in creative industries collaboration between the EU, the UK and China. She is Principal Investigator of the UK-China Film Collaboration Project, funded by the Arts and Humanities Research Council (AHRC).

Indigenous Peoples in Thailand: A contradictory interpretation
Chasing the Dragon: Attraction and Dependency in UK-China Relations