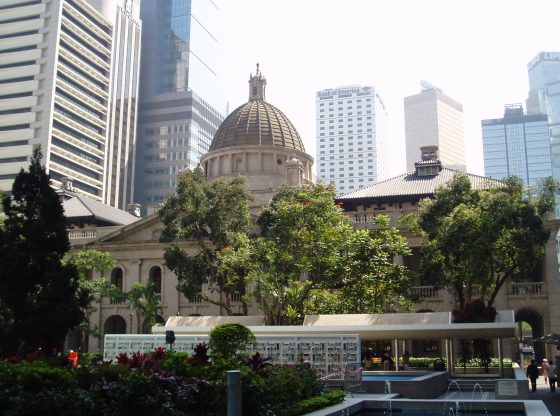 The tumultuous events of this summer in Hong Kong have attracted intense international interest and sparked pressure on Western governments to “stand with Hong Kong”. What approach should the UK take to events in its former colony?

So far, London has been in reactive mode, responding to events that have driven developments in Hong Kong. But what is missing so far is a clear strategic picture of where British interests in Hong Kong lie. Before this summer, it was easier to spell out the UK’s strategic objectives in Hong Kong: supporting “one country, two systems” in a way that both respected Beijing’s role and preserved Hong Kong’s “high degree of autonomy”, and a partnership with Hong Kong that could help the UK pursue its broader economic, social and global governance objectives across China and beyond.

Devising such a strategy is now much more challenging given all the uncertainty over Hong Kong’s future. Even after the 24 November District Council elections we can expect continued deep confrontation between a large part of Hong Kong society and both Beijing and the Hong Kong government. The protest movement – with its revolutionary overtones – is far from over.

Nonetheless, Beijing has made it clear it is committed to “one country, two systems”, but will make greater use of the authority given to it in the Basic Law and Chinese constitution. This course serves Britain’s wider interests better than anything hardliners might have proposed, but it will clash with the demands of much of Hong Kong opinion and their vocal supporters in London. The contestation between these two positions – including over what “one country, two systems” means – will make a clear strategy hard to devise. At the very least, though, the UK should continue the line taken in the foreign office’s most recent report to Parliament, which set out clear condemnation of violence and vandalism, and encouraged others to do the same. If – or when – politics returns to the street, these messages should be reiterated loudly and clearly.

However, prolonged political confrontation in Hong Kong will challenge the achievement of the UK’s wider goals in China and across the region. Unless some magic formula to rebuild consensus can be found, over time Hong Kong’s international standing and utility will decline. For London to play a positive role requires both a constructive relationship with China and a greater degree of support for Hong Kong’s political institutions, including the SAR government. Finding ways to do this might be difficult in the current political climate, and will require standing up to the Hong Kong lobby in Westminster. But it should be done.

Finally, the UK should not follow the United States on Hong Kong. Washington’s tendency to use the city as a political football in a wider strategic rivalry with China does neither Hong Kong nor its long-term partners any favours. Neither does the Human Rights and Democracy Act, which risks making it more difficult for Hong Kong to play a value-added role in the global economy.

So far this year, these strategic questions for London have been pushed aside by specific developments. A couple of particularly thorny issues are currently at the top of the agenda. The first is lobbying to give right of abode to holders of BN(O) passports. This has been pushed as much in London as in Hong Kong, including in a recent parliamentary Foreign Affairs Committee (FAC) report. The politics are driven by a desire to “do the right thing” by the people of Hong Kong. But as was the case when this suggestion was first made three decades ago, the main issue will be domestic views on immigration: 2.73 million are eligible for BN(O) status, over 4% of the UK’s current population.

There are other issues to address if the UK is not to be accused of reneging on promises made in an international treaty. In memoranda exchanged with the Joint Declaration in 1984, London promised it would not grant right of abode to holders of the successors to British Dependent Territory Citizens, namely BN(O)s. The current proposal therefore seems to contravene the Joint Declaration, something not discussed by the FAC, which has not published any evidence on this issue.

Other topical questions relate to Hong Kong’s judicial system. The FAC waded into this with a recommendation – unsupported by evidence – that the UK government should review the participation of visiting British judges on Hong Kong’s Court of Final Appeal. This is bizarre given that agreement for foreign judges to sit was a signal British achievement in pre-1997 negotiations, and the fact that those judges have acted as important ballast for Hong Kong’s judicial independence since 1997.

The exact contours of that independence may be tested again by the brewing constitutional storm over a recent High Court judgment and Beijing’s initial response to it. The issue at stake is not the independence of Hong Kong’s courts in adjudicating cases, but whether they have power of “constitutional review” (rather than judicial review) and if so how much. The statement from Beijing suggests they should have none, but the courts have developed the practice of constitutional review since the 1990s, without either explicit authorisation in the Basic Law, or rejection of this from Beijing.

London will be under pressure to take a position on this grey area, particularly if the National People’s Congress Standing Committee interprets relevant provisions of the Basic Law (its unlimited right to do this has been accepted by the Hong Kong courts since a case in 1999). A pragmatic compromise is possible and should be encouraged by the UK, but it will need to be one which recognises Beijing’s ultimate authority over Hong Kong.

This is something made explicit by the Joint Declaration and gets to the nub of the “Hong Kong problem” today. Along with its desire to maximise Hong Kong’s autonomy, clear recognition of Beijing’s legitimate role still needs to underpin London’s longer-term strategy towards its former colony.

Dr Tim Summers (@tasumm) works on the international relations, political economy and politics of contemporary China. He is a Lecturer at the Centre for China Studies, The Chinese University of Hong Kong, and a (non-resident) Senior Consulting Fellow at Chatham House. His most recent publication is ‘China’s Hong Kong: The Politics of a Global City.’

Chasing the Dragon: Attraction and Dependency in UK-China Relations
Why the UK Cannot ‘Go It Alone’ with China