Why the UK Cannot ‘Go It Alone’ with China 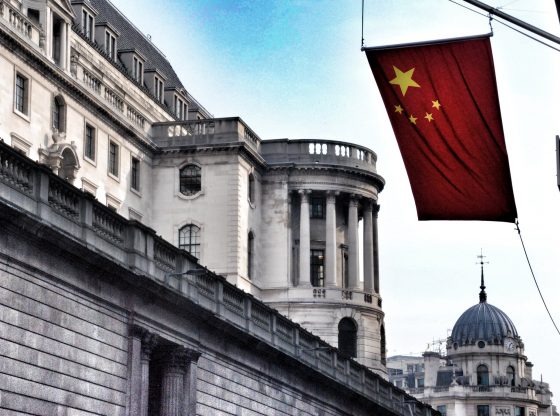 Over the last forty years, the economic growth of China has been one of the most significant trends in World Politics. The rise of China has raised difficult policy questions for the UK, with policy objectives over human rights and economics increasingly difficult to manage. This article explores how the power in the bilateral relationship has shifted towards China, and the UK’s challenges in the context of Brexit. It argues that the UK’s values and interests are best served by a coordinated approach by the West.

UK-China relations are primarily economic, since the UK has no major security interests in East Asia and likewise China in Europe. This has several implications. At least in traditional security terms, there is no possibility of direct conflict or rivalry. China is not a greatly talked about issue, either in Westminster or among the public. The nature of an economic relationship is that of interdependence, or ‘complex interdependence’ as Keohane and Nye put it. Power is derived from the relative negotiating powers in the economic relationship. As China’s economic model has changed, this negotiating power has moved markedly in China’s direction.

In the 1990s and early 2000s, the power in UK-China relations lied with UK companies. China became the world’s main producer of low-cost goods, which were exported around the world. Despite China’s large production, it did not have power in the global economy because of the availability of alternative countries that could produce low-cost goods. China could not raise the cost of labour or extract profit from foreign companies because companies would simply move somewhere else. UK politicians could make statements about China’s political system without much fear of repercussions because China had little leverage over economic relations.

Since around the time of the financial crisis, and certainly since Xi became paramount leader, China’s economic model changed and subsequently its power in UK-China relations has increased. China’s middle class became considerable, and imports of what were often considered luxury products from the UK rose. The number of Chinese students studying at UK universities has risen from almost zero in the 1990s to now over 100,000. Chinese interests in the City of London have grown considerably as China attempts to improve its financial system. As China has got richer, it has greater agency in the international economy.

However, the game changer has really been investment. After the financial crisis, China’s outward foreign direct investment (OFDI) increased significantly. In 2006, China’s overall OFDI was just $17 billion; in 2016, China’s overall OFDI peaked at $216 billion (OECD). Some of this came to the UK; in 2018, it was around $5 billion. A wide range of companies have been acquired by China, from restaurant chains to water companies to clothes shops, many of which China continue to own. Tens of thousands of jobs became reliant on Chinese investment.

The changing of China’s economic model led to the country having more power in UK-China relations. Before the financial crisis, the UK was relatively unaffected by decisions made in China because of the ability of companies to move production elsewhere. With Chinese investment, however, the UK is vulnerable to the PRC deciding to invest elsewhere. There is a threat that if the UK were to act in a way that displeases China, such as the UK government criticising it on human rights, then investment in the UK might dry up. Some of this is what Shaun Breslin calls “imagined power” – China’s stock of investment in the UK is still low and people have a tendency to think of China as it will be in several decades time rather than how it is now. Nonetheless, it is certainly true that China has more leverage than it did twenty years ago.

The ‘race to the bottom’ on human rights between European countries is one feature of China’s increased power. Because European countries see themselves as being in a competition for Chinese investment, there is a much greater reluctance to discuss human rights and in so doing offend the Chinese government. This applies to the UK just as much as any other country. After the freeze of 2012-13, in which China refused bilateral meetings after David Cameron met with the Dalai Lama, the UK did not make statements about human rights in China. During Xi’s 2015 state visit to the UK, human rights were not mentioned by the government, despite being talked about in the media and by some MPs. Recently, the UK government has been frequently criticised for being half-hearted in its comments on the Hong Kong protests and the Xinjiang “re-education” camps, despite the obvious human rights issues. In many ways this goes against the UK’s values, as well as the FCO’s stated goal of human rights promotion.

The question for today is how to proceed on relations with a country that is continuing to grow rapidly, albeit at a lower rate than it was, and is acting in ways that the West finds disturbing. In addition to the human rights issues mentioned above, allegations have been made of intellectual property theft, corporate espionage, meddling in universities and cyber warfare, just to name a few. When European countries are competing against each other for better economic relations with China, it becomes more difficult to stand up to China on these issues. Brexit may make this worse because it removes one possible mechanism for countries to work together.

What the West needs is a coordinated approach to China so that Western values can be promoted, including on human rights and on a rules-based market economy. This should include the US as well as the UK and other EU countries. Many of the challenges that the UK faces with China are being felt by all of these other countries, and standing up to China in a coordinated way is not only more effective but also avoids to the ‘race to the bottom’ problems that have occurred over the last few years. The only question is whether political leaders have the will to do this, particularly in the era of Trump’s ‘America First’ approach and the perceived failings of European institutions. This is essential if the UK is to stand up for its values and economic interests.

Sam Fry is a PhD student at the University of Warwick. His thesis is on the political economy of UK-China economic relations 1997-2015.