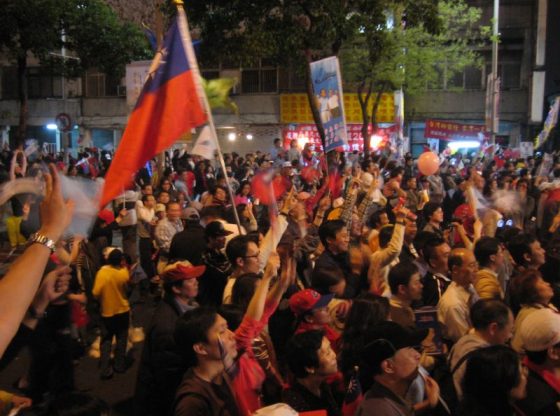 As Taiwan enters the final month of campaigning prior to the presidential and legislative elections on 11 January, the presidential race is increasingly looking like a foregone conclusion as incumbent Tsai Ing-wen consistently leads by large margins in the polls. Instead, the main battleground has switched to the Legislative Yuan where a plethora of small parties are competing for seats, threatening to deny both the DPP and KMT a majority for the first time since the country’s transition to democracy.

The popularity of President Tsai Ing-wen and Kaohsiung mayor Han Kuo-yu began to flip when the KMT nominated Han as its presidential candidate in July this year. Before July, the DPP’s support was dented due to widespread dissatisfaction with the government’s policies and reforms. Riding on this wave of popular dissatisfaction, Han won a shock victory in the November 2018 mayoral elections for the DPP’s traditional stronghold of Kaohsiung and was immediately touted as the KMT’s best hope of winning the presidency in 2020. However, after winning the presidential nomination in July, Han suffered a sharp decline in support and is now trailing Tsai by as much as 30 percentage points in some polls.

Although the political winds now seem to be blowing favourably for Tsai and the DPP, the wider challenges related to reform and governance that led to the party’s damaging defeat in the 2018 local elections have not gone away

Although Han still enjoys the fervent support of the so-called “Han fans”, he has failed to retain the backing of more moderate voters. As well as criticism of his many eccentric policy proposals and concern about his lack of administrative experience, Han has struggled to fight off a tidal wave of scandals, including questions about property dealings involving Han and his wife, Lee Chia-fen. Han’s campaign has also been undermined by factional infighting within the KMT, with Han’s running mate Simon Chang even telling supporters not to vote for the KMT’s controversial party list in the upcoming legislative elections.

Although the political winds now seem to be blowing favourably for Tsai and the DPP, the wider challenges related to reform and governance that led to the party’s damaging defeat in the 2018 local elections have not gone away, and the party’s ability to win a majority in the Legislative Yuan is still in doubt. Taiwan uses a mixed electoral system that allocates 73 seats to the single-member constituency tier and 34 to the proportional representation (PR) tier. The system favours large parties over small ones and has helped to consolidate a two-party system dominated by the DPP and KMT. In the 2016 legislative elections, the DPP won 68 out of 113 seats with 18 seats coming from the PR tier, securing a majority for the first time in its history. This time, however, the DPP is cautious about its prospects of retaining its legislative majority. If both the DPP and the KMT fail to achieve legislative majorities, small parties will once again play a critical role.

Three small parties have a good chance of winning seats in the legislature through the PR tier: the People’s First Party (PFP), the Taiwan People’s Party (TPP), and the New Power Party (NPP). With its chairman James Soong on the presidential ballot, the PFP has a better chance of crossing the 5% threshold to be awarded at least two PR seats. The Taiwan People’s Party, founded by current Taipei Mayor Ko Wen-je, expects to win at least four seats. The prospects for both the PFP and TPP have been further strengthened by the possibility of siphoning votes from KMT supporters disaffected by its current party list. Finally, the NPP expects to again cross the 5% threshold, despite a damaging split over cooperation with the DPP causing legislators Freddie Lim and Hung Tzu-yung to leave the party.

If both major parties fail to win a majority, they will need to secure the support of the minor parties to win the presidency of the Legislative Yuan and pass legislation. The DPP may be able to count on support from NPP legislators due to the closer ideological affinity between the parties, while the KMT may be able to count on the support of the PFP for the same reason. However, the PFP and the NPP’s likely two seats each in the legislature may still be insufficient for either the DPP or KMT to gain a majority, meaning the TPP could have a pivotal role in determining legislative government.

The TPP is a new species of party in Taiwanese politics, because it did not split from a larger party, like the PFP, and is not positioned on the independence-unification ideological spectrum like the NPP. Instead, the TPP focuses its appeals on good governance and efficiency, which it argues are necessary when facing a rising China. Most of its 6000 party members are young, educated voters who have never joined a political party before. The party calls itself a “white force,” placing it outside of the traditional blue-green spectrum and attracting voters who have lost faith in the two established parties.

The DPP and KMT have dominated politics for three decades since democratisation began in 1992. Taiwan’s two-party system was consolidated after the 2005 electoral reform that replaced the single non-transferable vote system with a mixed member system. Yet, although Taiwan appears to have consolidated a two-party system, data from the Asian Barometer Survey (ABS) show that the proportion of respondents not identifying with any party has increased from one-third in 2010 to over 50% in 2018. The same survey shows that despite Taiwan’s successful democratisation, support for democracy (measured as those who believe democracy is always superior to other regime types) among Taiwanese is only around 50%. In this political environment, and despite an electoral system that favours large parties, small parties have the opportunity to profit from dissatisfaction with the status-quo and play a more prominent role post-2020.

Kai-Ping Huang is Assistant Professor at the Department of Political Science at the National Taiwan University.

Captive elephant tourism in Asia: Hope for Asian elephants or a threat?
Taiwan’s January 2020 National Election: The View from One-Month Prior