Taiwan’s January 2020 National Election: The View from One-Month Prior 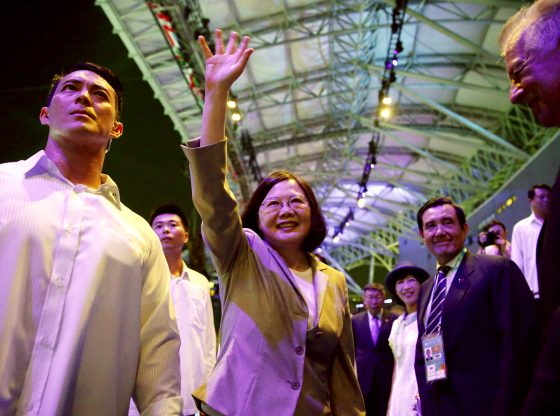 On 11 January 2020 Taiwan will hold its quadrennial national election in which voters will pick a president, vice president (running with a presidential candidate) and an entirety of the legislative body of government. Some legislative representatives are selected from party lists of at-large candidates, while the election law requires a minimum number of women and that some seats are allocated to Aboriginal candidates. It is Taiwan’s most important election.

The contenders for president are the incumbent Tsai Ing-wen, sponsored by the ruling Democratic Progressive Party (DPP); Kaohsiung Mayor Han Kuo-yu representing the Nationalist Party or Kuomintang (KMT); and James Soong, leader of the People’s First Party (PFP). Opinion polls in Taiwan are often fake or biased, but currently a host of them are agree with most media and pundit predictions that Tsai will win a comfortable victory. The numbers indicate Han Kuo-yu will come in second and James Soong in third.

Arguably the most important factor leading to these predictions is that the DPP is unified and the KMT is not; or at least the DPP is facing fewer centrifugal forces. This has historically been a good predictor of winners and losers. The DPP closed ranks after Tsai won the primary in July and has since been less distracted than the KMT. James Soong’s party, the PFP, is not split, but it is a small party and cannot expect to win enough votes to seriously challenge the two major parties’ candidates.

Scandals and the China Factor

Early this year members of the Tsai administration were charged with involvement in a cigarette smuggling case. The president was later accused of copying her PhD dissertation. But neither scandal stuck and hurt Tsai. Political opponents and even members of her party accused Tsai of rigging the primary election against former Premier William Lai, whom opinion pollsters reported had much higher favourable ratings. Party leaders delayed the process and changed the rules so Tsai would win. Her loss would have been unprecedented; a sitting president has never been denied the nomination for re-election. Further, both the US and China favoured Tsai, as Lai was an adamant supporter of Taiwan’s independence. In the end, Lai accepted defeat and join Tsai’s campaign.

Mayor Han faced what initially appeared to be less serious scandals-cum-problems but were actually deeper and more troublesome. A number of Han’s loyal followers were dismayed that Han had broken a pledge to remain mayor of Kaohsiung and not run for president. Han’s purchase of an expensive house in Taipei undermined his “common man” image and more issues followed as the pro-DPP media launched a concerted effort to dent his image with a host of negative stories. Han’s populist campaign did not recreate the “wave” of his Kaohsiung mayoral campaign. He previously benefited from declining conditions in Kaohsiung, but this national election was different. Finally, the KMT’s DNA was not suited to populism, which was typically the forte of the DPP. The support for Han was thus lukewarm among a segment of KMT voters.

Just by the numbers, it seems Han easily won the KMT primary. Han had three opponents: Taipei Mayor Ko Wen-je, considered Taiwan’s most popular politician; Wang Jin-pyng, former speaker of the legislature; and Terry Gou, founder of Foxconn and Taiwan’s richest individual. The three considered forming an “alliance” and fielding an independent candidate, but this idea was unwieldy, even messy, and did not materialise. For Ko, being vice president would have been “marrying down” as the position he already held was more important. Wang, as Taiwan’s consummate politician, fit better as premier. Terry Gou, a formidable and respected businessman, lacked the oratory and political skills to lead the theoretical “triumpherate.” Finally, they needed the organisation a political party provided to run a rigorous and winning campaign. Mayor Ko had a party, but it was new and not yet ready to run a campaign for a national election.

Meanwhile, the US and China abetted Tsai’s campaign, though obviously in quite different ways. President Trump’s “trade war” with China necessitated putting pressure on Beijing to get better terms. The negotiations became a protracted struggle and Trump employed other means to fortify his position, including playing the “Taiwan card.” Public opinion and Congress both favoured Taiwan and pushed for better relations with Taipei. Trump’s opposition, the Democratic Party, the liberal media, Hollywood and academe all despised China for undermining the liberal world order and supported punishing China. Trump thus found the one issue on which he could win cooperation.

US support for Taiwan translated into support for Tsai’s re-election, as she represented Taiwan and was highly critical of China. Han, in contrast, favoured better relations with China.

China’s attempts to pressure Taiwan were counterproductive. China applied economic sanctions in the form of cutting tourism and leveraged diplomatic and military coercion. It demanded Taiwan accept the “One Country, Two Systems” model for reunification, which was highly unpopular in Taiwan. President Tsai’s narrative that China threatened Taiwan’s sovereignty and its democracy was thus very effective in enhancing her and her party’s popularity. Such narratives also fed public apprehension of Chinese spying on and interfering with the local media through cyber warfare and in other ways.

On the other hand, China pulled its punches and did not apply extreme methods. Trade actually increased, as cutting commercial relations with Taiwan would have had a severe impact in China. Rather than applying more serious diplomatic and military pressure, China had other concerns and sought to deal with Taiwan gradually over time.

One month is still sufficient time for certain conditions to change. Members of the faux alliance cited above, Gou, Ko and Wang, might individually or as a group shift their stances to sincerely support Han’s campaign. This move would considerably bolster Han’s image and his voter support. An end to the protest movement in Hong Kong would have a similar affect, as Tsai’s campaign has capitalised on associated anti-China sentiment in Taiwan. Han’s campaign could also benefit if the US and China reach a trade deal agreement and consequently the US downgrades its happy stance towards Taiwan. Finally, Mayor Han gaining traction using his populist approach to appeal to the electorate could also have an impact.

Yet it seems unlikely all these possibilities will occur or that any one of them would significantly erode Tsai’s current lead. Certainly, the polls to date do not indicate a shift in voter support.

One more likely possibility is that the DPP will fail to win a majority in the legislature. The race between the DPP and the KMT is closer here both and third party and independent candidates are increasing in number. Lastly, recent polls indicate that public ill-feeling towards the DPP and the KMT could play out by voters denying either a legislative majority. James Soong running as a spoiler will also contribute to this potential outcome, as he is not trying to win the presidency as much as help his party win legislative seats.

Assuming President Tsai wins the election, an absence of a DDP legislative majority will make it more difficult for her to govern. The other effects of a divided legislative body are uncertain. More diversity may be good for Taiwan; it may also cause paralysis and discord.

John F. Copper is the Stanley J. Buckman Distinguished Professor (emeritus) of International Studies at Rhodes College in Memphis, Tennessee. He is the author of more than thirty-five books on China, Taiwan and U.S. Asia policy, including Donald J. Trump and China published this summer and Taiwan: Nation-State or Province? 7th edition published in December.