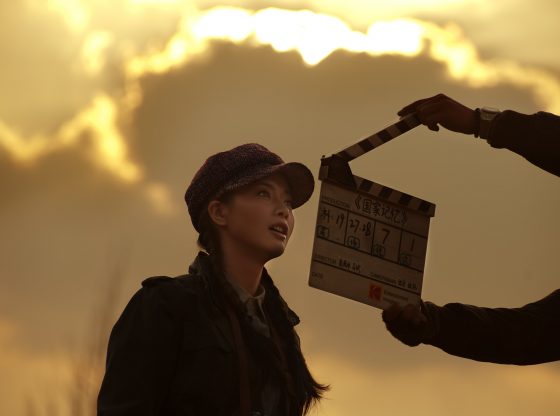 Since 2015, many scholars and analysts have been predicting that the People’s Republic of China (PRC) will eventually replace the United States (US) as the world’s largest film market in 2020. On 6 December 2019, China’s box office set a new annual record by exceeding 60 billion RMB (US$8.53 billion), twenty-four days earlier than it did so in 2018.

Over the past decade, the Chinese film industry has routinely broken its own records, replacing Japan as the second largest global film market in 2016. However, the growth rate began to slow down in 2016, even while the number of new screens doubled between 2015 and 2019. This market growth (of screens, audience numbers and box-office revenues) is due to a number of factors: a new wave of film-makers, a diversification of genres, and changes in government regulations.

Since the beginning of the reform era in 1978, the leading film-makers in the PRC were mainly associated with the Beijing Film Academy, particularly the ‘Fifth Generation film-makers’, who played an important role in making Chinese films recognisable on the world stage with critically acclaimed art-house films from the 1980s onwards, as well as commercially viable dapian (blockbuster movies) since 2002. Now new voices are making themselves heard, and over the past decade, the annual top ten highest grossing domestic films have been associated with emerging talent as much as with industry veterans.

These new voices come from various backgrounds, including actors turned directors (Xu Zheng and Vicky Zhao), stage writer-directors (Mahua FunAge), and fiction authors and celebrities turned directors (Han Han and Guo Jingming). They have been joined by veteran film-makers from Hong Kong who have deepened their collaboration with the PRC’s film industry since the agreement of the Mainland and Hong Kong Closer Economic Partnership Arrangement (CEPA) in 2002.

Genre pictures are also driving growth. Production values for these films have improved, especially for the increasingly important animated and science-fiction films. From Monkey King: Hero is Back (2015) to Ne Zha (2019), film-makers have been drawing inspiration from classic Chinese folklore, a rich source material which has proven to be widely popular. Monkey King and Ne Zha were both feature-length film debut offerings from young film-makers who creatively adapted their classic Chinese sources to speak to multi-generational audiences.

Science fiction, the other rising genre, draws upon advances in visual effects and, more importantly, a new cadre of Chinese sci-fi writers who have gained world-wide attention, such as Liu Cixin, whose book The Three-Body Problem won the Hugo Award for Best Novel in 2015. After a few attempts at adapting Liu’s literary works for film and TV, the film Wandering Earth (2019), based on Liu’s novella of the same name, became the most financially successful sci-fi film adaption in China to date.

There is another film genre which should not be overlooked either. This is the ‘main melody film’ that has evolved out of the diversification and sophistication of genre film production in China’s film industry. From Operation Mekong (2016) and Wolf Warrior 2 (2017) to Operation Red Sea (2018), the main melody film combines elements of the action film, war film and crime film to evoke strong Chinese nationalistic and patriotic sentiments. Wolf Warrior 2 – released shortly before 1 August 2017 in a salute to the 90th anniversary of the founding of the People’s Liberation Army (PLA) – is a noteworthy example of this genre.

With 2019 being the 70th anniversary of the founding of the PRC, more main melody films can be found among the highest grossing domestic films. These films have all benefitted from a special focus on promotion by the China Film Administration. My People, My Country (2019), The Captain (2019) and The Bravest (2019) are the three main melody films which have the largest box offices among the top ten highest grossing films.

My People, My Country is an anthology which features seven short films portraying crucial historical moments from modern Chinese history, with each short film directed by a well-known Chinese film-maker. The Captain is a disaster film which has become one of the most successful airplane disaster films since Crash Landing (1999). It is based on a 2018 incident in which the captain of Sichuan Airline Flight 8633 was forced to make an emergency landing due to the failure of the flight deck windshield. The Bravest is also based on a real-life event, in this case the Dalian Xingang Port oil spill in July 2010.

The term ‘main melody film’ was initially advocated at the conference of National Film Studio heads in 1987 by Teng Jinxian, who was head of the Film Bureau. As a result, ‘Stressing the Main Melody, Upholding the Diversity’ became one of the main guidelines for national film studios to follow in subsequent years. Starting in the 1990s, an increasing number of main melody films were produced. To begin with, the focus was on biographical and war films – e.g. Mao Zedong and His Son (1991) and Zhou Enlai (1992) – or aligned with political campaigns such as anti-corruption – e.g. Fatal Decision (2000).

Main melody films experienced a renaissance when it came to celebrating special anniversaries for the state and the Chinese Communist Party (CCP), particularly with The Founding of a Republic (2009) and Beginning of the Great Revival (2011). Backed by the state film group, these two films featured key players in China’s modern history portrayed by leading film stars, as well as more than a hundred film, television and pop stars making cameo appearances so as to make the films more appealing to audiences.

In general, main melody films experienced only modest successes at the box office prior to this year. However, in 2019, along with the overall celebratory extravaganza of the 70th anniversary, main melody films have benefitted from a more strongly reinforced top-down approach to promotion by the China Film Administration directed at various administrative levels of government. One example of this promotion was the extension of available screening time by extending the expiration dates of the digital cinema packages (DCPs).

On 23 July 2019, the China Film Administration’s Notification on Celebrating the PRC’s 70th Anniversary of Founding – Outstanding Film Screening Series was released. This notification lists seven key films for promotion. Alongside the three films already discussed, the list includes The Climbers, The Bugle from Gutian, The Secret of China and Mao Zedong 1949.

To help promote these seven selected films, the Art Cinema Alliance and the People’s Film Circuit – a film circuit that includes 5,000 auditoriums selected from nationwide multiplexes to support regular main melody film screenings – have provided additional support for the films through premieres, road shows, extensive distribution and discounted tickets. All in an effort to attract a larger audience.

Although it seems overly optimistic to say that China’s film market will replace America’s to become the largest global market in 2020, it is not too unrealistic to predict that there will be an increasing number of genre films with high production values as well as continued administrative support for main melody films. If these two initiatives continue to yield successes like those seen in 2019, the US may yet give up its number one spot to China sometime in the very near future.

Dr Yongli Li is a Lecturer in Chinese Studies at the Department of Languages, Literatures, and Cultures at the State University of New York, New Paltz. She is co-author of a chapter in Film Marketing into the Twenty-First Century (2015) and a chapter in From Networks to Netflix: A Guide to Changing Channels (2018).