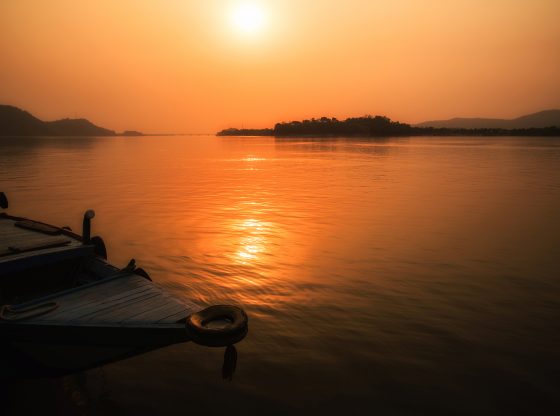 Assam has borne the brunt of a massive influx of immigrants and continues to live under tremendous fear of losing its linguistic, cultural and ethnic identity. Now Assam and its northeastern districts finds itself in the firing line because of the contentious 2019 amendment to the Citizenship Act.

The state of Assam has a long history of opposing the mass influx  from Bangladesh. The by-election in 1979 in one of the state’s northern districts sowed the seed for the Assam Movement, because it was during this election that the people of Assam first became aware of the massive presence of foreign nationals and their inclusion on the electoral rolls.

Given the large scale of this migratory flow, on 27 November 1979 the All Assam Students Union (AASU), the All Assam Gana Sangram Parishad (AAGSP), the Purbanchalia Lok Parishad (PLP) and the Assam Jatiyatabadi Dal (AJO) joined together in calling for the state-wide closure of educational institutions and state and central government offices, and demanding the detention, disenfranchisement and deportation of the foreigners. The agitators also demanded that the election be postponed until the names of foreigners were deleted from all the electoral rolls.

On 10 December 1979, candidates for the election were stopped from filing nomination papers. The government announced an immediate curfew in order to curb the protest, but it was fairly futile. President’s rule was proclaimed on 12 December  1979 and the legislative assembly was suspended. The army was put on stand-by, and parts of Assam, as well as the main town of Guwahati, were declared ‘disturbed areas’.  The Assam Movement continued for six long years, with several violent incidents and massacres (at Nellie and Khoirabari in particular) bringing bloodshed to the streets of Assam.

The Assam Movement finally compelled the government of India to sign an Accord with the leaders of AASU-AAGSP on 15 August 1985. The Assam Accord primarily addresses the foreigners issue by restricting foreigners’ right to acquire real estate, restricting encroachment onto government land, and ensuring the protection of the cultural, political and social identity of the indigenous communities in Assam.

The Accord sets out the dates fixed for the detection and deportation of foreigners as at 25 March 1971. Specifically, Clause 5 states that any foreigners who came to Assam between 1 January 1966 and 24 March 1971 will be detected under the provisions of the Foreigners Act 1946 and the Foreigners Tribunal Order 1964. The people of Assam were assured that anyone who had entered Assam before 1971 would have to register themselves under the Registration of Foreigners Act 1939. The Assam Accord calls only for the detection and declaration of intruders as foreigners, however. It does not appease or discriminate against immigrants based on religion.

The Indian state is skating on thin ice by protecting persecuted minorities while persecuting its own citizens, and we must hope it will not get away with it

The 2019 amendment to the Citizenship Act, on the other hand, is maliciously designed to appease only certain religious minorities coming from Afghanistan, Bangladesh and Pakistan who arrived in India before 31 December 2014. Under the amended act, citizenship will be granted to the ‘persecuted’ religious minorities, even if they entered the country illegally before this date.

The current administration has already implemented the National Register of Citizens (NRC) – a by-product of the Assam Accord – in order to weed out illegal immigrants in Assam. Although the government formally began the exercise to update the NRC in 2005, it was delayed due to various bureaucratic challenges. Then, in 2009, a non-governmental organisation (NGO) called Assam Public Works asked the Supreme Court to intervene in the matter and fast-track the exercise. In 2013, the Supreme Court directed the government to update the NRC, but its actual implementation did not  begin until February 2015.

In August 2019, the government of India published the final NRC report, which excluded 1.9 million people in Assam from the register. Of these 1.9 million, 0.5 million are Hindu migrants from Bangladesh. Under the provisions of the 2019 amendment to the Citizenship Act, these excluded Hindu migrants from Bangladesh can now claim Indian citizenship. This radical change in the meaning of Indian citizenship effectively nullifies the existence of the Assam Accord and the original motivation behind implementing the NRC.

Despite a string of peaceful and violent protests across the northeastern region, the government of India moved to pass the contentious Citizenship (Amendment) Bill and put the Citizenship Act 2019 onto the statute books. In both houses of India’s parliament, the opposition parties mainly debated the exclusion of Muslim immigrants, claiming it was discriminatory and set a clear Hindutva agenda.

However, the real narrative differs somewhat from what the opposition would like to believe: the people of Assam want to remove all illegal immigrants from the state, irrespective of their religion. The government’s supporters celebrated the amendment as a historic step, while pro-government media houses declared that this parliamentary decision was necessary to underpin India’s philosophical ethos of home-coming for its many persecuted minorities. Opposition parties, on the other hand, were resentful and terrified, calling the moment unconstitutional and a blot on India’s history.

In Assam, meanwhile, internet and broadband services remain suspended (at the time of writing), the army has been deployed in heavy numbers, and a curfew was imposed for three consecutive days. The government issued notices to several media houses in Assam to stop broadcasting images of the ongoing protest. Six lives were lost in two days when police opened fire on protesters, and this police violence has intensified the demonstration further.

Most media houses and social media in the Northeast have moulded the narrative of protest and demonstration into an anti-national agitation, while the national media have tried to polarise the rally into a confrontation between Hindus and Muslims. The overjoyed Indians have jumped on the bandwagon with its constructed narratives and linear interpretation of history, legitimising India’s new era of democracy at gunpoint.

However, these sudden experts on the affairs of the Northeast should instead try to broaden their understanding and recognise the gravity of the ongoing situation in Assam. Cutting off communications and putting the army onto the streets of Assam with a licence to kill peaceful protesters is simply a ploy to create another Kashmir. The Indian state is skating on thin ice by protecting persecuted minorities while persecuting its own citizens, and we must hope it will not get away with it – not now and not in the future.

Nayan Jyoti is a doctoral researcher at the Birla Institute of Technology and Science, Pilani, India. He tweets @NayanJy38086467.