The confused and uneven response to Chinese party-state influence: A symptom of corporate influence and capitalisation – Part One: Theory 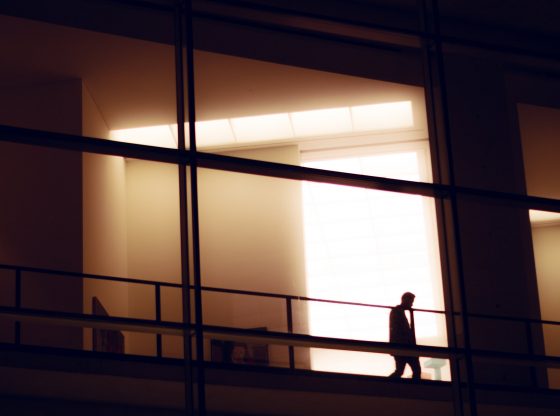 This is part one of a two-part article. Part two can be reached here.

In Britain and beyond, there is a growing chasm between security specialists and commercial groups on how to approach the People’s Republic of China (PRC). This fault line betrays a far bigger problem for the West as it engages the PRC, namely, that domestic business interests have in many cases become the midwives of Chinese party-state influence.

I have been studying the phenomenon of convergence of interests between British and Chinese elites for my PhD since 2016. Each of my recent investigations examining elite international engagement with China displays evidence of PRC influence over policymakers flowing through channels previously forged by commercial interests. The phenomenon is not well understood yet poses considerable risks to the integrity of the UK’s liberal democratic system. I address the phenomenon in two parts: first by considering theory, then applying these theoretical insights to critique political practice.

The first critical incident relates to the controversial Hinkley Point C nuclear power station project, which involves Chinese investment. During a 2013 House of Lords’ science and technology committee hearing, former Energy Minister, Lord Jenkin surprised those present when he revealed that discussions over Hinkley Point C were “in fact being run by the Treasury and the… Commercial Secretary to the Treasury” rather than the Department for Energy and Climate Change. Such sentiment was echoed two years later, this time by the UK’s security services. Reporting growing unease amongst British security and intelligence experts regarding Chinese party-state involvement in the UK’s civil nuclear energy programme, The Times quoted one security source as saying “there is a big division between the money men and the security side… the Treasury is in the lead and it isn’t listening to anyone – they see China as an opportunity, but we see the threat”.

These modest disclosures hint at a much wider phenomenon central to the awkward response to the challenge of increasing Chinese party-state interference abroad. The growing presence of commercial interests at the heart of government is the critical issue of which our inability to effectively resist Chinese party-state interference is but one symptom. The same influence of commercial interests that ensured the light-touch regulation that preceded the financial crisis has also seeped into foreign policy. Without redress, we will face a catastrophe in the arena of international engagement comparable to the crisis of the financial sector just over a decade ago. This observation must not detract from the nefarious activities of the Chinese party-state. Rather, just as one seeks to understand the nature of the outward force projected from Beijing, one must also seek to understand the peculiar defensive weaknesses in countries that have proved unable to effectively manage interactions with the PRC.

In her monograph on “the shareholder value myth”, the late corporate law scholar Lynn Stout lucidly illustrated the core moral hazard present in modern business practice. She argued the shareholder-value dogma “teaches that it is morally correct for shareholders to pressure managers to raise share price any way possible, without regard for how the corporation impacts stakeholders, society, or the environment”. The system as it stands acts as a force that compels even prosocial individuals to act in short-term, anti-social and inefficient ways. The central problem in terms of government policy is the extent to which this outlook has pervaded government and policymaking mechanisms.

In his vastly under-rated monograph on the subject, Eli Cook has documented the process of “capitalisation”, that is, the increasing dominance of financial metrics as indicators of progress. Cook argues that “by making capital accumulation synonymous with progress, money-based metrics have turned human betterment into a secondary concern”. I would contend that since the 1980s this process has mutated into “hyper-capitalisation”. The shareholder value dogma that Stout describes has become increasingly pervasive within government amid widespread capitalisation and commercial influence over governmental policymaking. In parallel, the slow retreat of other worldview frameworks (such as ideology and religion) amongst Western elites has resulted in fewer restraining forces on the financial metric framework furthered by capitalisation. This has had two significant effects in terms of long-term engagement with the PRC. In western eyes that focused increasingly on financial metrics as indicators of meaning, the Chinese engine of economic growth acted also as an engine of legitimacy. The second effect was that in a world where corporate actors held ever increasing leverage over political actors and policymaking in general, the economic promise offered by the PRC market became ever more significant in the approach to the country. Through the much maligned “revolving door” taken by officials moving between government and business roles, the increasing importance to governance of corporate consultancy and lobbying, and through donations to political parties and individuals, we have witnessed a tectonic shift in policy generation by government. Is it really a surprise that in the West, governmental policy toward China is inconsistent and confused? This is not just a tale of Chinese national power, but western finance-induced myopia in terms of the response.

Beyond the obvious conflicts of interest when politicians and civil servants switch between governmental and commercial roles, evidence from the US indicates that officials tend to favour companies and firms that eventually hire them. This would suggest the well-worn path to a lucrative role toward the end of one’s career in government or the civil service is actively shaping the policies of those in government today, looking out for their interests in the years ahead. The implications of the company in this equation being replaced by a country (or a company with close ties to a country) are obviously troubling in terms of democracy and sovereignty. Furthermore the increasing presence of commercial actors within policy-making circles (advisory positions; revolving door consultants etc) has the potential to shift the dynamics and outlook of the governmental bodies and individuals responsible for policy generation.

The result is policymaking that favours narrow commercial interest objectives such as market access and shareholder value maximisation over wider governmental objectives such as sovereignty and security. After the catastrophe of the financial crisis, we should be acutely aware of what happens to governance when relevant government policy is shaped by corporate actors. Since 1989 until the onset of the recent US-China trade war, the Anglo-American sphere has inspired a business-led track that has engaged the PRC through a framework dominated by financial metrics. The dilemma of engagement with China may appear similar to the issue of capitalisation and corporate influence inside government; in fact it is a consequence.

Through this lens one would hope it becomes clear that talk of a Cold War 2.0 is ill-conceived. A far more interesting parallel reflecting the struggle to contain Chinese Communist Party (CCP) influence would be the fight to prevent climate change. At the core of both problems lies a battle over the frameworks that inform our worldview. In each case, those attempting to engender a change in policy must drag the existing framework of engagement away from a myopic financial short-termism. Thankfully, there are China experts and non-specialists alike who oppose the excesses of the CCP in the PRC, at its borders and beyond. Frequently they are individuals well acquainted with contrasting frameworks such as religion, national security, and ideology, for example. Those frameworks, themselves so dangerous when unchallenged, provide the tools to reach beyond the narrow bandwidth of financial metrics that define our age.

In the second part of this article I examine what this all means in practice by considering how the British government reached the decision to allow PRC involvement in its civil nuclear energy programme against the advice of its own security experts and international allies.

This is part one of a two-part article. Part two can be reached here.

Martin Thorley is a PhD candidate at the University of Nottingham. He explores international engagement with China and Sino-British relations through investigative research. He is a MERICS China Talent Program early career professional (2018). He tweets @METhorley.

The long read: Host communities and refugees in Southeast Asia: A workshop report
The confused and uneven response to Chinese party-state influence: A symptom of corporate influence and capitalisation – Part Two: Practice