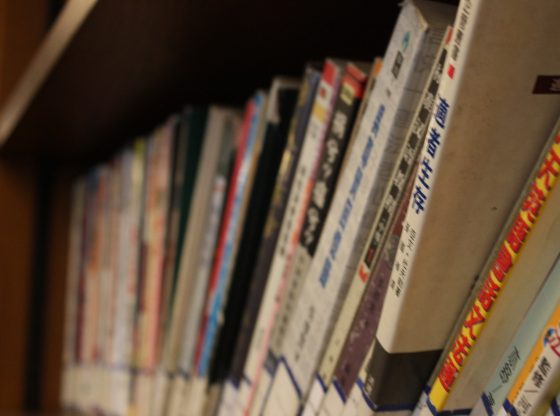 The heyday of Chinese youth literature came between 2005 and 2009, when the post-80s authors (i.e. authors born between 1980 and 1989, after the implementation of the One-Child-Policy in 1980) wrote novels about their youth. At the same time, there was a rapid expansion of China’s publishing industry, as well as development of new forms of mass media which enabled more frequent reproduction and circulation of these works.

Following the successful film adaptation of You Are the Apple of My Eye in 2011, most works by post-80s writers are now adapted for the screen, attracting audiences from across all age groups

Even though there was no One-Child-Policy in Taiwan, the novel’s theme and plot-line follows a similar structure to that of youth literature in the People’s Republic of China (PRC) between 2002 and 2009 because the young people in the story came from one-child families. Another reason for the novel’s popularity in China was the high level of cultural exchange between the PRC and Taiwan.

As the use of social media expanded in China – Weibo, the most popular Chinese social media platform, was launched in 2009 – many films and TV series started creating their own pages and subscriptions for fans to follow and communicate through. For example, the film Tiny Times currently has about 2 million registered fans on Weibo, while the TV series Rush to the Dead Summer has about 1.5 million fans.

Unlike Chinese youth literature in the past, which was only published in written form and was not widely diffused among the population (due to illiteracy, low levels of education and small print runs), following the successful film adaptation of You Are the Apple of My Eye in 2011, most works by post-80s writers are now adapted for the screen, attracting audiences from across all age groups.

In traditional China, people’s attitudes towards the young were largely shaped by Confucianism, which until the end of the Qing Dynasty in 1912 placed young people right at the bottom of the social hierarchy.

When the last feudal dynasty in China ended, the youth were regarded as a new force to rejuvenate the old nation and their voice gradually came to be heard. Publication of the magazine New Youth by Duxiu Chen in Shanghai in 1915 marked the first major occasion when young people’s voice was heard in a broad social and political arena.

Once they had obtained the right to speak out through printed publications, young people began to put their new ideas into practice. This ‘New Youth’ initiated the New Culture Movement between 1910 and 1920 and the May Fourth Movement in 1919, which contributed to the development of both political democracy and the language of the vernacular Chinese.

China’s history between the end of the last feudal dynasty in 1912 and the establishment of the People’s Republic of China in 1949 was one of splits and scars caused by internal disorder and foreign aggression. During this uneven period, youth functioned as a main force for their respective political and military stands, and after the establishment of the PRC, most senior leaders in the central government came from the ranks of the once-revolutionary youth.

Looking back to their past, senior Chinese leaders attached the greatest importance to youth as a strong force to facilitate the rejuvenation of the nation. On 28 May 1942, Chairman Mao delivered a famous speech entitled ‘A Speech about Literature and Art in Yan An’. In this speech, he emphasised that writers and artists should express a positive political stance and speak highly of those who contributed to the development of the nation.

This attitude was maintained throughout Mao’s rule and resulted in young people being portrayed as brave and patriotic in much of the literature of that time.

Unlike previous literary works which mostly concentrated on political propaganda and the contribution of adults to the country during the revolution, Scar Literature shifted the focus onto individual families and young people. This represented a watershed in the development of Chinese literature and marked the emergence of literary works which added touches from personal experience. However, as the scars slowly healed, sothe Scar Literature also faded, and in total it only lasted for about ten years.

The end of the twentieth century

At the end of the twentieth century, many authors who were born in the 1970s started to publish their works. A literary review of 1999 described the appearance of ‘a new phenomenon of youth literature’ called the ‘beidong chengzhang’, which translates as ‘growing up passively’. The works from that time represent ‘the loss of innocence, the failed idealism, and the cynicism… mocking and self-mocking’.

Among these post-70s writers, Wei Hui and Mian Mian are the most popular who ‘concretised the youth figure of their generation as a reckless consumer’. ‘They paved the way for a new type of qingchun xiaoshuo (youth fiction) that emphasised a hedonistic, escapist tendency in their youth figures, reducing the conflict between the individual and society to a self-exhausting pursuit of pleasure’.

The works of this new youth fiction were often ‘Bildungsromane’ or ‘Entwicklungsromane’, focusing on the change in relations of a couple or a group of teenagers moving from secondary school to university and early career.

Comparing traditional youth literature with literature from the last decade, the post-80s Chinese writers often stress the importance of friendship in the context of the One-Child-Policy. In particular, these authors portray their characters’ changing attitudes towards their family background and how these changing attitudes influence relationships with parents, population mobility, love, gender and feelings about class.

The One-Child-Policy gave writers a chance to depict characters with a unique life experience, and the surge of stories set in schools and universities in the youth literature published between 2005 and 2009 resulted from the recovery and re-establishment of the school system after the Cultural Revolution in 1976. This literature functioned as a memoir for the post-80s writers about their youth at school as well as their expectations for the future, and it resonated with readers born in the 1980s and 1990s.

A large part of the audiences for the film adaptations of these books were people who had read the novels in secondary school. Reading these novels, we dreamt about our own future in high school, in university and in our later career. Now, ten years on, as these novels are adapted into films, most of us are already working and have experienced life in high school and at university. So when we watch these films with old friends we have a chance to recall our past youth, even though we cannot return to it anymore.

The One-Child-Policy was amended in 2016, and today every family can have two children. Consequently, the family setting in more recent Chinese youth literature has changed again. Characters are no longer necessarily the only child in their family and they might have siblings. The educational setting has also changed, with more Chinese students studying abroad nowadays. This has led to some works dealing with the life of Chinese youth in other countries, producing a new ‘Diaspora Literature’ as well.

Shushu Li is a PhD candidate at the University of Glasgow. Her research interests range from children in literature and studies of childhood to comparative studies on twentieth-century British and Chinese literature.