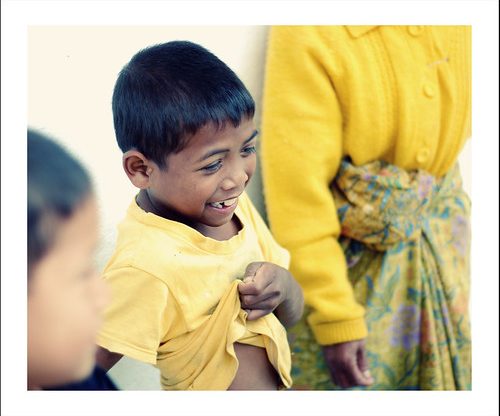 As many Malaysians question whether the unprecedented change in federal power after the 2018 General Elections will bring about a better Malaysia, it would be opportune to evaluate the progress made by the Pakatan Harapan (PH) government in resolving a long-standing issue, the Peninsular Malaysia Orang Asli land problem.

Who are the Orang Asli?

The Orang Asli are regarded as the “original people” of Peninsular Malaysia. They consist of 18 officially recognised sub-ethnic groups and comprise 0.6 per cent of the Malaysian population. Constitutionally, the Orang Asli are considered to be distinct from the Malays and other ethnicities in Peninsular Malaysia and across the South China Sea, the natives of Sabah and Sarawak.

In more recent times, the Orang Asli have been situated largely in rural and regional areas. Their diverse traditional activities vary depending on their respective customs and locations. These activities include farming, orchard cultivation, hunting, fishing and the gathering and use of produce from forests, waters or tidal estuaries.

Despite some apparent progress, Orang Asli lands continue to be encroached and remain mostly unprotected

Many Orang Asli have incorporated the monetary economy into their lives and diversified into mainstream sources of livelihood. Similar to other Indigenous communities worldwide, the Orang Asli nonetheless remain dependent on their respective customary lands and resources for their political, economic, social, cultural and spiritual well-being and welfare.

The outcome of federal care and control has been chequered but two broad indicators are telling, namely, the Orang Asli poverty rate and the extent of legal protection afforded to Orang Asli lands.

In 2014, the Orang Asli poverty rate stood at 34%, more than 50 times the national average of 0.6 percent. The 2013 National Inquiry into the Land Rights of Indigenous Peoples conducted by the Malaysian Human Rights Commission (the SUHAKAM Report) reported that less than 20 percent of officially acknowledged Orang Asli lands were legally protected, with official lands only accounting for an estimated 17 percent of lands claimed by Orang Asli.

The lack of legal protection and security of tenure for Orang Asli lands and resources has resulted in the unabated encroachment and excision of Orang Asli areas. Legally, this problem can be attributed to land and forestry matters coming under the constitutional purview of individual State governments. Consequently, the statutory power to reserve Orang Asli land or to grant land and resource rights to the Orang Asli and to take them away lies with the individual State executive (as opposed to the Federal government). One such example is the Aboriginal Peoples Act 1954 which empowers the State Authority to declare and revoke Orang Asli land reservations.

However, the constitutional division of power between the federation and state does not mean that the Federal government is powerless to ensure that Orang Asli lands and resources are protected for the welfare of the Orang Asli. For example, the National Land Council, a constitutional institution where the ruling political party of the Federal government has traditionally held a majority of seats, can be used to persuade State governments to agree to national land policies and laws protecting and recognising Orang Asli lands. Nonetheless, neither the National Land Council nor other constitutional mechanisms such as the power to acquire lands for federal purposes has been employed for the effective protection and recognition of Orang Asli customary lands.

This impasse has persisted despite the Malaysian courts’ consistent recognition of: (i) pre-existing Orang Asli common law customary rights to their lands and resources without the need for formal recognition by the Federal and State governments; and (ii) the fiduciary duty owed by both the Federal and State governments to protect Orang Asli land rights (see for example, the landmark cases of Adong bin Kuwau and Sagong bin Tasi). The Malaysian government’s solemn obligation to pursue the achievement of the 2007 United Nations Declaration on the Rights of Indigenous Peoples (UNDRIP) “in a spirit of partnership and mutual respect” has also rung hollow, particularly in respect of UNDRIP provisions on the recognition of Indigenous land, territorial and resource rights.

Displaying political intent to protect and recognise Orang Asli lands and resources, PH had pledged via Promise 38 of its 2018 Election Manifesto to implement the long outstanding recommendations to recognise Orang Asli land rights contained in the 2013 SUHAKAM Report. It had also promised to table the SUHAKAM Report in the first year of PH’s administration. PH had also pledged “to ensure that the Orang Asli get better protection in land development schemes” and in order to facilitate the recognition of Indigenous customary land, “allocate funds to carry out a complete study that can accurately identify the boundaries of customary land”.

Eighteen months have passed since PH assumed political power and none of the abovementioned promises relating to Orang Asli lands and resources have been fulfilled. However, there have been some positive developments in the approach taken by the Federal government concerning the Orang Asli land issue.

In an exceptional move, the Federal government initiated legal action against, amongst other defendants, the Kelantan State government for failing to reserve Orang Asli inhabited lands in Pos Simpor and for granting logging licenses to private enterprises over these lands. This case will potentially test important legalities regarding the extent of the fiduciary duty owed by the Federal and State governments in respect of Orang Asli lands.

Also encouraging from a land rights perspective are recent responses of the Federal government when addressing Orang Asli land disputes. In May 2019, the newly appointed Director General of the Department of Orang Asli Department, Juli Edo, a Semai Orang Asli, backed a blockade by the Orang Asli to halt logging activities over their legally unprotected lands, calling it an action “to protect their rights and heritage.” In August 2019, the Minister in charge of Orang Asli Affairs, P. Waytha Moorthy, negotiated a suspension of logging activities over Temiar Orang Asli land with the PH-controlled Perak State government.

That said, it would equally be unwise to conclude that the PH government is destined to subordinate the protection and recognition of Orang Asli customary land and resource rights in the manner done by the previous Barisan Nasional government.

In any event, the next five-year Federal Orang Asli development plan is due next year, well within the tenure of the PH government. The degree and urgency of federal intercession in respect of the Orang Asli land issue in this plan may well form a sufficient report card on whether the Coalition of Hope’s promise to protect Orang Asli lands remains a fading hope for the Orang Asli.

Dr Yogeswaran Subramaniam is a Malaysian lawyer and researcher who specializes in Indigenous land rights with a particular focus on Peninsular Malaysia’s Indigenous minority, the Orang Asli peoples. Yoges holds a doctoral degree in law from the University of New South Wales for his research on Orang Asli land rights. He has appeared as counsel in a number of significant Malaysian customary land rights cases. He is also an associate of the Centre for Malaysian Indigenous Studies at the University of Malaya (https://umcms.um.edu.my/sites/umcmis/members-and-associates)  and regularly publishes scholarly work on Indigenous land rights themes and issues.

The confused and uneven response to Chinese party-state influence: A symptom of corporate influence and capitalisation – Part Two: Practice
Adapting Chinese youth literature for the screen in the twenty-first century