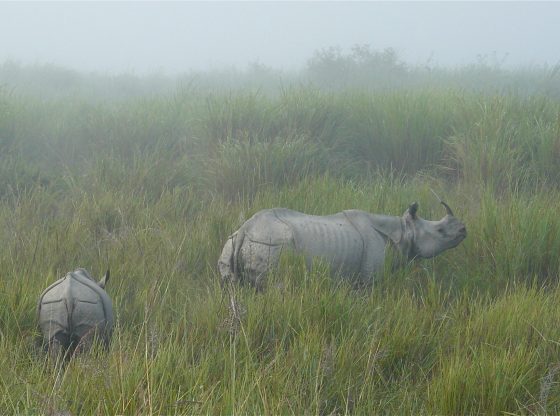 The full-scale, all-out ‘war of positions’ between Hindu right-wing politicians, left-wing liberals and centrists after India’s Parliament passed the Citizenship Amendment Act (CAA) 2019 is being assisted by great numbers of mobilised and protesting students, youths, rights groups and civil society organisations across India, opening up a new debate on democratic and republican notions of citizenship.

This debate arises against the backdrop of the National Register of Citizens (NRC), a legally supported procedure for determining who qualifies to be a citizen in the Indian state of Assam. Begun in 2015 and finally published in August 2019, the Register leaves 1.9 million people classified as ‘stateless’. This is a stark outcome that denies citizenship primarily to linguistic and religious minorities on the grounds of anomalies regarding their names, place and year of birth, and apparently ‘confirms that there has been large-scale ‘illegal immigration’ from neighbouring Bangladesh and Pakistan into Assam ever since India’s independence seven decades ago.

The burning question, then, has been one of finding a way to secure the land, employment, political and economic rights of the genuine citizens of Assam against this huge presence of ‘illegal immigrants’ as identified by the legally backed NRC. Correspondingly, how does one now deal with these stateless people ethically, legally and politically?

The central government has defended the new law by claiming it is intended to award citizenship rather than take it away from anyone, including Indian Muslims

India’s central government– which is led by the right-wing Hindu Bharatiya Janata Party (BJP) under its leader Narendra Modi– therefore decided to accept as citizens those stateless people who are not Muslim and who fled to India from neighbouring Bangladesh, Pakistan and Afghanistan (countries where the state religion is Islam)because of religious persecution. This stance by Modi’sgovernment has been turned into the new Citizenship Amendment Act that applies to the whole nation (with the exception of the protected areas of tribal people in Northeast India). Under the new law, it will be possible for just over half a million Hindu Bangladeshis who had been excluded from the NRC in Assam and hence rendered stateless to be naturalised as citizens on the grounds of religious persecution.

The move by the BJP-led central government will likewise legalise the status of persecuted religious minorities from these neighbouring countries in other Indian states such as Rajasthan and West Bengal. The CAA is therefore widely perceived to be an attempt by the BJP to secure a large Hindu vote bank by granting citizenship to people who had been made stateless by implementing the NRC in Assam in the first place. The central government now plans to conduct a country-wide determination of citizenship through the NRC procedure in other states too, but only after securing the position of religiously persecuted minorities through this new citizenship law.

The central government has painstakingly defended its position on persecuted minorities against the charge that it has deliberately discriminated against Muslims by turning them into second-class citizens under the new law. While other religious groups such as Hindus, Sikhs, Buddhists, Jains, Parsis and Christians do not have to undergo a test of citizenship, by a shrewd interpretation the law places the ‘burden of proof’ of citizenship on Muslims alone, as per the Foreigners Act 1946 which has been integrated into the NRC procedure.

In effect, nobody belonging to one of these six persecuted religious minorities entering from the three neighbouring countries can ever be an ‘illegal immigrant’, while any Muslim who enters India without valid documentation could be prosecuted as an ‘illegal immigrant’ until they manage to prove their ‘Indianness’ before a court of law. Clearly this is a case of differential treatment between Muslims and non-Muslims within the framework of the citizenship laws, singling out Muslims as illegal ‘infiltrators’ (in the words of India’s Home Minister Amit Shah) while deeming members of the six other religious groups as eligible to be legal Indian citizens.

The central government has defended the new law by claiming it is intended to award citizenship rather than take it away from anyone, including Indian Muslims. The question is, can a law such as the CAA which purports to be based on humanitarian principles justify the exclusion of a particular religious group on the grounds that they are not ‘persecuted’? The assumption is that those who are persecuted deserve humanitarian treatment while those who are not persecuted have to prove their citizenship using legally acceptable forms of evidence. Doesn’t this create a new form of legal persecution arising from this so-called humanitarian law?

In the context of the NRC exercise carried out in Assam, people who have been excluded from the Register are now required to discharge the ‘burden of proof’ before a ‘Foreigners Tribunal’, irrespective of their religious affiliation, and their citizenship will then be condoned if they fall within the scope of the new law. Similarly, many people who have been tagged as ‘doubtful voters’(D voters)– about two hundred thousand along with their family members – will also be given amnesty under the new law. Further, people who are declared to be foreigners because they entered Assam after 1971 and have been kept in detention camps since then will also be given relief under the new law.

All this sits in stark contrast to what the new law means for a Muslim person who is experiencing a fate similar to that of their Hindu (or other) religious counterparts, but who might now instead be prosecuted as a foreigner and deprived of the ‘right to have rights’. This entire NRC exercise has already generated a huge amount of social pain and psychotic trauma among a substantial portion of Assam’s population, leading to self-immolation and suicide. Differentiation based on religious background remains one of the most insensitive forms of injustice for the stateless.

It does not need to be said that justice provided for one group of people by a humanitarian law while excluding others who find themselves ina similar position just because they are Muslim is completely flawed on the grounds of discrimination and segregation. Freeing some from detention camps or dropping legal cases against them because they belong to a certain religion– while doing the exact opposite if someone does not belong to one or other religion –represents a legal anomaly and produces suffering subjects who are perpetually treated in an unequal and unjust manner.

In stark contrast to this reality on the ground, the protests against the new law in Assam and Northeast India are highlighting the concerns of the local population about being outnumbered – not only by the Bangladeshi Hindus who are now eligible for citizenship but also by the potentially high level of migration by persecuted Hindus from Bangladesh in the future.

The protest movement against the 2019 CAA is articulating a demand for even stronger protections for local people by way of new laws that reserve the rights to land ownership, employment and political representation exclusively to native, ethnic and tribal groups rather than the newly legalised Hindu Bangladeshis. In other words, there is a fear among the local population that ethnic and tribal rights could be quantitatively curtailed as a result of granting citizenship to Hindu Bangladeshis under the new citizenship law, both in Assam and elsewhere in Northeast India.

Needless to say, such a reactive step of protective discrimination arising out of the new citizenship law reinforces social and political differences under the far-right regime of the BJP, which is now being forced to concede even more demands, such as imposing the Inner Line Permit (ILP) regulation (which restricts the entry and regulates the stay of outsiders in designated areas) on other Indians in the Northeast.

States in the Northeast which operate tribal autonomy under the Sixth Schedule are exempted from the CAA, while the new law extended protection under ILP to Manipur and then also exempted it, thereby opening up the possibility of exempting other areas in the Northeast on analogous grounds. Indeed, a large number of those protesting about the issue of Hindu Bangladeshis will be satisfied if their administrative region is simply granted exemption from the operation of the CAA. Protestors in the northeastern state of Meghalaya, for example, not only sought exemption from CAA in the state’s non-scheduled areas but also demanded an extension of the ILP as a measure of protection.

Specific to Assam is the demand for the application of Clause 6 of the 1985 Assam Accord which pledges protection of Axomiya (Assamese) language and culture. This is currently being worked on by a high-level committee which is framing the exact legal mechanism for such protection. Yet the committee’s work has now been supplanted by the Brahma Committee’s report on land rights in Assam that has recommended restricting the right to land in riverine and tribal blocs and belts to the indigenous communities alone.

And so the central government’s emphasis on applying a ‘reasonable’ classification based on ‘an intelligible differentia’ to achieve its objective of granting citizenship to religiously persecuted minorities while excluding Muslims has generated many such claims of ‘intelligible differentia’. Consequently, we can predict that there will be a mushrooming of legal mechanisms to establish ‘protective discrimination’, exceptions and exemptions in the future in order to ward off the perceived dangers created by the new citizenship law in Assam and the rest of Northeast India.

Prasenjit Biswas is an Associate Professor of Philosophy at North-Eastern Hill University, Shillong with wide-ranging interests in legal philosophy, human rights, social theory and phenomenology. He is the author of Between Philosophy and Anthropology: Aporias of Thought, Language and Consciousness (Notion Press, Chennai, 2017) and Ethnic Life-Worlds in North-East India (SAGE, New Delhi, 2008).