The China Factor in Taiwan’s 2020 Election and Beyond 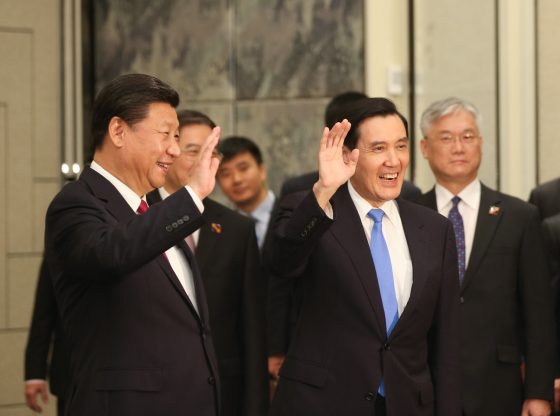 Taiwan’s citizens will go to the polls on 11 January 2020 to elect their next president and members of parliament. Like previous elections, the shadow of China looms over the island’s politics. History, however, may have repeated itself as Beijing has revived the electoral prospects of a candidate it disapproves. The implications go beyond the island country’s upcoming presidential election.

Taiwan’s 2020 presidential election is nominally a three-way race but only candidates of the two major parties are generally considered viable. The third presidential candidate is James Soong of the People’s First Party (PFP). Incumbent President Tsai Ing-wen, who won a landslide victory to become the island country’s first female president in 2016, is seeking a second term. Tsai is generally characterised as a calm and composed politician, affiliated with the independence-leaning Democratic Progressive Party (DPP). Tsai took an ambiguous position on cross-Strait relations during the 2016 presidential campaign and pledged to support the “status quo,” implying that, if elected, her administration would not pursue Taiwan’s formal independence. After taking the office, in a nod to the party’s pro-independence supporters, she nevertheless refuses to endorse the “1992 Consensus.”

Also known as “one China with respective interpretations,” the “1992 Consensus” is a tacit understanding, presumably reached between Beijing and Taipei when the opposition Nationalist Party (Kuomintang or KMT) was in power, that both sides of the Taiwan Strait are parts of “one China” subject to different views of what “one China” really means. While Beijing leaders see an acknowledgement of the Consensus as the basis for cross-Strait interactions, Tsai views it as an infringement to Taiwan’s sovereignty and autonomy. Not surprisingly, Chinese leaders provided a cold reception to the Tsai administration since its inauguration and applied various measures to pressure Tsai to return to the Consensus. These measures include suspending all official communications with Taipei and drastically reducing the number of mainland tourists visiting Taiwan to hurt its tourist industry. Beijing has further launched a concerted effort to leverage diplomatic pressure by whittling down Taiwan’s few remaining diplomatic allies. Since 2016, Chinese leaders successfully lured five countries to switch diplomatic recognition from Taipei to Beijing, leaving only 17 nations that officially recognise Taiwan. The island country was also excluded from the International Civil Aviation Organisation and the World Health Assembly meetings due to Beijing’s objections. During the past two years, China has repeatedly sent military aircraft and ships to circle the island aiming to intimidate the Taipei government and its citizens. Cross-Strait relationships have dropped to its lowest point in a decade.

Troubles for Tsai are not limited to the challenges from Beijing. On the domestic front, her administration introduced a host of reforms to such hot-button issues as pension reform, long-term care service, a minimum wage, as well as amending the Labour Standards Act and the Electricity Act. These efforts were not appreciated by the general public and contributed to wide-spread dissatisfaction with Tsai’s job performance as the president. The DPP’s significant setback in the 2018 local election added insult to injury as the party won only six out of 22 special municipalities/county/city mayor races. The opposition KMT, which advocates an engagement approach with China, won by a landslide. The stunning victory of the KMT mayoral candidate Han Kuo-yu in Kaohsiung, Taiwan’s second-largest city and a DPP stronghold, sent shock waves throughout the island. Observers attributed the party’s electoral setback to Tsai’s poor leadership style and bad policies and she was forced to resign as party chairwoman. Her job approval rating declined significantly from 76.4% in June 2016 to a meagre 25.8% in December 2018, making her less certain to be the party’s candidate in the 2020 presidential election.

Meanwhile, armed with his newly found popularity, Han of the “China-friendly” KMT launched his presidential campaign from his mayoral office. His campaign slogan is “safety for Taiwan, money for the people,” which advocates for maintaining a peaceful and stable relationship with Beijing while advancing economic exchanges with the Chinese mainland. Expecting that the “agree to disagree” formula could side-step Taiwan’s sovereignty issue, he has endorsed the “1992 Consensus” and advocated an engagement policy toward China. Since taking the mayoral office, Han made a trip to China aiming at selling produce from his city. During the trip, he met with various Chinese officials, including the director of Beijing’s Taiwan Affair Office, and top Communist officials in Hong Kong and Macau. His charisma, populist tone, and “it’s the economy” message, has generated a wave of support, dubbed as the “Han Wave,” and made him a formidable contender in the next presidential election. It goes without saying, Han is Beijing leaders’ favoured candidate.

The tide is changing thanks to Chinese President Xi Jinping. In a major policy address commemorating the 40th anniversary of the “Message to Taiwan Compatriots,” Xi explicitly equated, for the first time, Beijing’s “one China” with the “1992 Consensus,” seemingly giving no room for different interpretations of what “one China” means. Xi further indicated that Beijing’s “One Country, Two Systems” model, currently implemented in Hong Kong and Macau, would be the only viable option for Taiwan. While he pledged that Beijing’s effort of unification would be peaceful, he also emphasised that “we make no promise to renounce the use of force and reserve the option of taking all necessary means.”

Tapping into Taiwan citizens’ anxiety over Xi’s address, Tsai immediately issued a statement that firmly rejected Beijing’s overture: “we have never accepted the 1992 Consensus” and “Taiwan absolutely will not accept One Country, Two Systems.” After the statement was issued, Tsai “looked very presidential” to many island citizens and her approval rating surged to 52.1% by June of 2019.

Xiʼs speech also helped Tsai by putting Han on the defence that made his engagement approach less tenable. In this context, Han had to issue a public statement rejecting Xi’s speech and stated that Taiwan can never accept Beijing’s unification plan“unless it is over my dead body.” The unrest in Hong Kong along with Beijing’s unyielding position and harsh treatment of the protesters have further boosted Tsai’s popularity, who publicly supported Hong Kongers’ call for democratic reform. In June, Tsai was able to defeat her challenger in the presidential primary and won the party’s nomination. Now, less than two months from the January election, all indications show that Tsai is leading in the 2020 presidential race.

China has much at stake in Taiwan’s 2020 presidential election but Tsaiʼs resurgence shows that history may have repeated itself. In Taiwan’s 1996 and 2000 presidential elections, Chinese leaders’ sabre-rattling backfired. In both instances, candidates of whom China disapproved won the election as Beijing’s actions only hardened the island citizens’ resistance. The Communist government’s rigid policy has again revived the electoral prospects of its least favoured candidate. A decisive victory for Tsai would only show the failure of Beijing’s policy toward Taiwan. However, there is little indication that Chinese leaders will modify their position, judging from their policy toward Hong Kong. The stalemate between Taipei and Beijing, therefore, is likely to persist after Taiwan’s 2020 presidential election. If Communist leaders double down on their hardball tactics, cross-Strait relations may spiral downward and make their already difficult task of “winning the heart and minds” of Taiwan citizens next to impossible.

T.Y. Wang is Professor and Chair of the Department of Politics and Government, Illinois State University, Normal, Illinois, USA.  He is the co-editor of the Taiwan Voter. (Ann Arbor: University of Michigan Press, 2017) (with Christopher Achen).

Claims of legality: The Citizenship Amendment Act (CAA) 2019
Sport and colonialism in the Philippines