Sport and colonialism in the Philippines 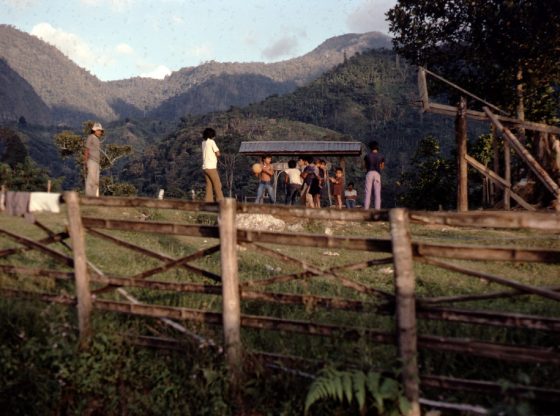 On 15 February 1898, the USS Maine, an American battleship mysteriously exploded in the harbour of Havana, Cuba, a colony within the Spanish empire. The Americans blamed the Spanish and a war ensued. The Americans sent a battle fleet to the Philippines, a Spanish colony in the Pacific, where they quickly vanquished the Spanish warships. The American army seized control of the archipelago, despite the presence of a native revolutionary force that had already besieged the Spanish occupiers in Manila. The American occupation supplanted that of the Spanish, but resulted in a guerrilla war with the Filipino forces which lasted for more than a decade.

American colonisation proved an economic boon for the United States’ overheated economy in need of new markets and resources, and the islands offered a new frontier for Protestant missionaries who sought to Christianise Asian souls, despite the fact that the Filipinos had already endured three centuries of rule under the Catholic Spanish regime. The Americans sought to change the economy, the religion and the indigenous culture of the native population, and sport proved to be a viable and enduring means of accomplishing these goals: an early attempt to employ soft power as a political tool.

The American military initially taught boxing and the American national game of baseball to the natives, but a more comprehensive programme of athletics was inculcated in the schools established by the colonial government and the religious missionaries. American teachers were imported from the United States to assure the proper development of desired values and the English language.

The Young Men’s Christian Association (YMCA) became an integral factor in the assimilation process as an auxiliary of the American government in the Philippines. In addition to baseball, the YMCA leaders introduced the organisation’s own games of basketball and volleyball to the masses. YMCA director Elwood Brown transformed the annual Manila Carnival from a commercial exposition into an athletic festival that incorporated national championships in numerous sports for schools, colleges and military and government teams.

Sport served as a means to teach American cultural values to participants as well as spectators. All sports taught about competition, the basis for the American capitalist economy. Team sports in particular inculcated the values of leadership, cooperation and self-sacrifice, the necessities for a functioning democracy. And all sports also required learning respect for authority in the person of the referee or game officials.

Physical education became a required subject for boys and girls in the public schools. So thorough was the American incorporation of sports within the school system that by 1913 authorities claimed that 95 per cent of students were engaged in their practice. The inculcation of sports carried over into the public playgrounds, which were administered by the YMCA in order to imbue succeeding generations with the desired ethos.

By 1913 Elwood Brown had transformed the Manila Carnival into the Far East Games, an international athletic competition modelled after the Olympics, by inviting Japan and China to send teams to the festival. The venture had the added benefit of transferring the Filipinos’ nationalist sentiments away from the American occupiers and onto their Asian rivals. Brown succeeded in enlarging the international scope of the contests in succeeding years, increasing the American influence in the region.

Race and religion, however, impeded American efforts to acculturate their Asian subjects. Although Catholicism had been imposed by the Spanish, American Protestants concluded that the Catholic form of Christianity was insufficient and tainted by the global rule of the Pope. Yet despite American rule, the Protestant missionaries achieved little success in their conversion efforts.

The racial views of the American officials – who subscribed to contemporary notions of white supremacy – further hampered their ability to fully engage with the native population. While the Americans co-opted upper-class Filipinos and trained them in government affairs, they remained aloof socially. The YMCA even required segregated buildings for its members.

While sport advanced the American objectives, it also provided succour to the Filipinos. Native baseball teams defeated their Japanese counterparts, instilling national pride. They also challenged and sometimes triumphed over American army teams, the symbol of American might in the islands.

Boxer Francisco Guilledo assumed the alias of Pancho Villa, the Mexican bandit who terrorised the American Southwest during World War I. He never lost in thirteen bouts with the American army boxing champion in the Philippines, and then ventured to the United States, where he became a world champion. Other Filipino boxers followed with successful careers in the homeland of their colonial overlords. Such victories over white opponents sufficiently negated the doctrine of racial supremacy and further spurred the Filipino desire for and belief in self-governance.

The Filipinos finally achieved their desired independence in 1946 in the aftermath of World War II, but the efforts of the Americans elicited mixed results. The Philippines became further integrated within the global capitalist economy, but the proselytising of Protestant doctrines brought in few recruits. The co-optation of the upper-class families resulted in rule by oligarchy rather than a true democracy, and adoption of the English language proved incomplete.

The inculcation of sport, however, had more success. Today Filipino youth teams compete for world championships in baseball and softball. Filipino boxers, most notably Manny Pacquiao, are among the best in the world, and basketball is the national sport. Begun as an exercise in colonialism, the Filipinos both adopted and adapted sport to their own cultural prerogatives to assert their own identity and promote national pride.

Professor Gerald R. Gems is a a professor and former chairperson of the Health and Physical Education Department. He is the past president of the North American Society for Sport History, and the current vice-president of the International Society for the History of Physical Education and Sport. His honours include the 2011-2012 Fulbright Scholar Award and honorary membership of the Bangladesh Institute of Sport Sciences.

The China Factor in Taiwan’s 2020 Election and Beyond
Sport’s biggest challenge in China: Too much dependence or an opportunity not to be missed?