Sport’s biggest challenge in China: Too much dependence or an opportunity not to be missed?

Home /China, China Soccer Observatory, Football, Free Speech, Media, Sport, Uncategorized, Xinjiang/Sport’s biggest challenge in China: Too much dependence or an opportunity not to be missed? 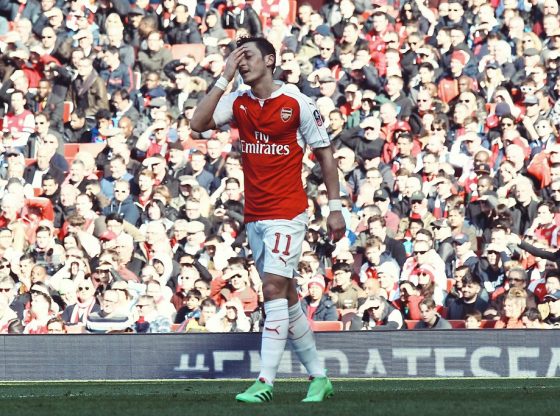 Image credit: ‘Arsenal vs Watford’ by joshjdss/flickr; Licence: CC BY 2.0.

During the last quarter of 2019, some of the biggest names in elite professional sport found themselves unexpectedly caught between a rock and a hard place in China. In December, for example, German international footballer Mesut Özil tweeted his support for the Uyghurs; a social media post that his club, Arsenal of the English Premier League, quickly moved to distance itself from.

Earlier, in October, the American National Basketball Association (NBA) had to confront similar issues when the Houston Rockets’ general manager, Daryl Morey, posted his support on Twitter for the protesters in Hong Kong. As with its counterpart in the realm of football, the world’s biggest basketball league unconvincingly scrambled to mitigate the consequences of a personal tweet.

Although Özil’s forthright views generated considerable media coverage in Britain and Europe, the matter appeared to subside fairly quickly. The same appears to have been the case in China. While the usual mix of online ultra-nationalism and public outcry fuelled initial responses to the incident, Arsenal’s swift assertion that the German spoke for himself rather than the club appeared to cool the situation.

Matters in basketball were rather more pointed and fractious, however, and remained unresolved even at the time of writing. There could be several reasons for this: basketball is one of China’s favourite spectator and participant sports; the NBA has been a long and trusted partner of the sport’s development across the Middle Kingdom; and current tensions between Beijing and Washington have hardly helped to diffuse the tensions induced by Morey.

One suspects that rather than being dependent on China, Western sports organisations are simply trading on expectations about what might be in the future

This episode has had multiple consequences, ranging from the termination of commercial contracts and matches being cut from television schedules through to falling social media engagement among China’s basketball fans and media criticism of the NBA’s motives and its position on Chinese government policy.

Whilst both Arsenal and the NBA have thus grappled with the complexities of managing their operations in a highly politicised Chinese market, their respective positions have equally drawn scorn in the West. Many commentators have defended the rights of people working in sport to speak freely, whilst others have criticised the likes of European football clubs and American basketball franchises for putting money ahead of morals.

Notwithstanding the moral arguments for engaging in business with China, the question of whether there is money in China is one worth addressing. After all, for the best part of two decades the global sports industry appears to have taken the view that China is something akin to the new Klondike, which has apparently required clubs, franchises and leagues to have a strong presence there and emphasised the need to build engagement with Chinese consumers.

There is little doubt about the numbers or the details. China’s economy continues to record healthy levels of economic growth, albeit rather less impressively than a decade ago, and the country’s middle class is growing and demonstrates a positive predisposition towards sports consumption. Furthermore, the government in Beijing has reiterated its commitment over the last five years to develop its domestic sports economy, with the intention of it becoming the world’s largest such sector.

At the same time, the sports economy in the West is a tough environment in which to do business. Although the United States and Europe are the two largest sports markets in the world, the industry has matured and consequently growth has slowed (in many cases, to low single digits). Furthermore, sports fandom is often strongly established and difficult to change, while new and younger consumers often prefer new sports such as console gaming and skateboarding rather than the old industrial diehards such as football and basketball.

As such, all manner of Western sports organisations have headed eastwards to China. For instance, Manchester United is opening a series of virtual experience centres there, while international competitions (FIFA’s Club World Cup being one example) increasingly see the Middle Kingdom as an event destination. Consequently, China has established itself as a perceived source of significant and diversifying revenues for many, including Arsenal and the NBA.

For some sports organisations this may have resulted in creating a dependence on money from China, which probably explains why Arsenal in particular was so swift to distance itself from Mesut Özil’s support for the Uyghur community. That said, it isn’t clear what revenues the Premier League club draws directly from China. An ill-fated sponsorship deal with Chinese electric car company Byd fell apart in mysterious circumstances, whilst the club’s website reveals little of specific commercial relevance to China. Although Arsenal inevitably draws some indirect revenue from overseas television deals, it is unclear whether China really is the new Klondike for the club.

Yet this is not just an issue for Arsenal; indeed, one suspects that rather than being dependent on China, Western sports organisations are simply trading on expectations about what might be in the future. In other words, whilst many may be unable to identify a direct impact on their bottom line from doing business there, there is a commonly held belief that a presence in China will ultimately yield considerable financial return.

Whether Arsenal, the NBA (and others) are now dependent on Chinese money or are simply being driven by the expectation that they might benefit from an association with China in the future, the position they are in effectively confers power on the government in Beijing.

The most obvious consequence of this is China’s ability to call out the likes of Özil and Morey. While China’s media outlets such as the Global Times and social media lurkers generally will often make the running on the state’s behalf, Arsenal, the NBA and likely many more will nonetheless be left to navigate the rocky terrain that lies between the sensibilities of China and the West.

Professor Simon Chadwick is a a professor of sports enterprise at the University of Salford. He is the founding editor of Sport, Business and Management: An International Journal, is a former editor of the International Journal of Sports Marketing and Sponsorship, and continues to serve as an editorial board member for several other sport journals. He is also a co-founder of the University of Nottingham’s China Soccer Observatory.

Sport and colonialism in the Philippines
Football in Hong Kong