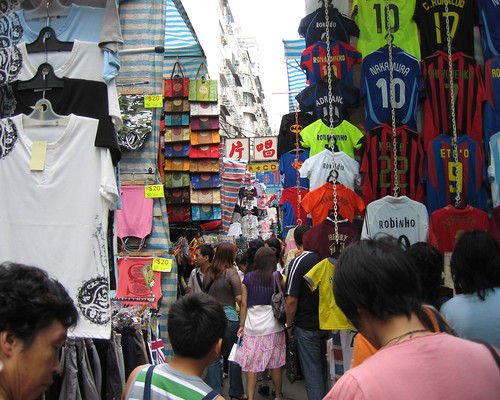 Hong Kong is a territory of just 428 square miles with a population of around 7.5 million people, but it has a rich footballing history. It might not have the same appeal to football stars as neighbouring China, but back in 1972 the Brazilian side Santos played in Hong Kong with the side featuring football legend Pele. Even before Hong Kong football’s ‘golden age’ in the 1970s, the national team was used to competing in international fixtures – it became a member of FIFA in 1954 and has been a presence in international football in Asia ever since.

This is a remarkable feat given the difficulties that surround playing football in the densely populated territory. It has just 86 public pitches, which translates to roughly one football pitch per 87,209 people. These figures suggest that getting involved in football in Hong Kong is not an easy task. However, the reality is a little more optimistic, since pitches are available to hire for a nominal fee from the local Leisure and Cultural Services Department (LCSD). The success of this scheme is evidenced by the existence and success of clubs for all age levels and abilities across the territory, proving that there are countless opportunities to get involved with playing the game. However, as the game grows in popularity, the pressures on available space in a territory where land is already at a premium will only increase.

It is hoped that … Hong Kong can begin to produce quality players on a more regular basis, thus bolstering the national team as well as the profile of the game locally

There are currently several opportunities for young players in Hong Kong. Those who are serious about the game have a chance to play locally in the relatively competitive Hong Kong Premier League, but their chances of making it into the global game are much slimmer, and very few Hong Kong internationals have been able to make a name for themselves outside of Hong Kong.

A couple of players in the national team who play in China, such as Festus Baise and Alexander Akande, are Nigerian-born and took up Hong Kong nationality after playing in the league for several seasons. Some players made their name outside of Hong Kong, such as Southampton-born defender Andy Russell who plays for Chris Coleman’s former side Hebei CFFC. He qualifies for Hong Kong nationality having moved to Hong Kong when he was just 18 months old. Other examples include Hong Kong-born Tan Chun Lok, who played youth football in the territory and now plays outside of Hong Kong, and the young Wolves midfielder Dai Wai-tsun, whose early football education took place in Hong Kong. However, these examples are far from the norm.

The appointment of Thorlakur Arnason as the new Technical Director of the Hong Kong Football Association (HKFA) has sparked hopes that more Hong Kong-born players can flourish. The Icelander possesses extensive experience and coaching talent working with young players, and it has been clear from the outset why he has been brought in. In his opening press conference at the beginning of 2019 he stated: ‘my vision is to help our young players to find ways to get into the (Hong Kong) Premier League, as well as to help our local coaches to move up the ladder. As a member of the HKFA, we have a plan in place and we will work hard to achieve our targets’. It is hoped that with Arnason’s expertise, Hong Kong can begin to produce quality players on a more regular basis, thus bolstering the national team as well as the profile of the game locally.

However, despite the old adage that sport and politics shouldn’t mix, the political situation remains a looming concern for football in the territory. The ongoing protests linked to the Anti–Extradition Law Amendment Bill have affected almost all walks of life, and footballers and the league itself are no exception. The beginning of October 2019 saw a round of matches in the Hong Kong Premier League suspended – an unprecedented step that mirrored the fate of other sporting events which were called off in the face of the growing political tensions and protests.

Anti-China sentiment stemming from the political situation has also spilt over into football. The Hong Kong national team is mandated to sing the Chinese national anthem ‘March of the Volunteers’ as their official pre-match anthem, and this has been roundly booed by Hong Kong supporters in stadiums every time it has been played before an international match since the outbreak of the protests.

However, despite these issues, the national side – managed by former Finnish international Mixu Paatelainen – is going strong and recently took part in the final stage of the East Asian Football Federation (EAFF) Championship, a tournament made up of the four best sides in the East Asia region, namely, China, Japan, Hong Kong and South Korea. The team is currently competing to qualify for the 2022 World Cup, although it will do well not to finish bottom since it is competing against top Asian sides such as Iran and Iraq.

Domestically, and despite the unrest, the Hong Kong Premier League is very competitive. At around the halfway point of the season many teams are challenging for the title. This is a welcome change from Kitchee’s recent dominance, with the Kowloon club comfortably winning three of the last four titles.

Although match attendances are not huge, there is a hunger for football in a place where football has to compete with numerous other sources of entertainment. With over 3,000 fans attending league games weekly, and the national side averaging crowds of around 5,000 (with more than double that number for games against the top Asian sides) the future of football in Hong Kong looks bright.

Owain Lacey is a co-founder of the East Asian football website From The Tofu Bowl. The site aims to bring original stories and opinion about football in the region which are often not accessible in English. He and co-founder Mark Henderson started the site in September 2017, seeking to produce daily content while giving a unique, opinionated take that differs greatly from the usual media outlets on all aspects of football from the region.

Sport’s biggest challenge in China: Too much dependence or an opportunity not to be missed?
Muay Thai