The stadium as a site for mourning: Emotional labour and fandom at the match in East Java

Home /Culture and Society, Football, Indonesia, Sport/The stadium as a site for mourning: Emotional labour and fandom at the match in East Java 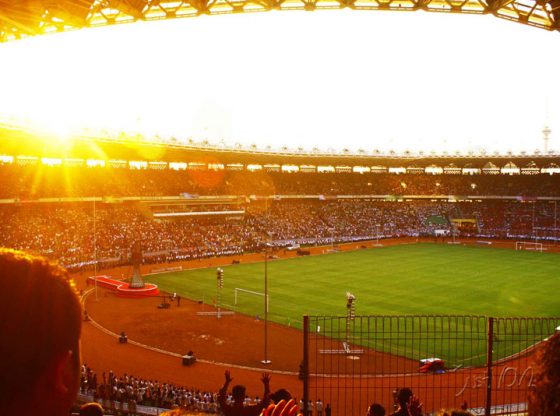 Sports stadia are increasingly subject to what Matusitz and Palermo term ‘Disneyfication’, following late capitalism and global patterns of consumption. Going to a stadium to watch a game often involves submitting oneself to a constant barrage of advertising of all kinds, especially gambling. Diehard loyalist supporters have been joined on the terraces by casual tourists. The astonishing wealth of football’s global stars and their commercially oriented moves between clubs seem to have rendered the highly praised values of sport – integrity, loyalty and self-improvement – a distant memory.

For some, sport is simply another avenue for playing out neoliberal fantasies. However, Indonesia’s footballing culture presents some sharply contrasting trends compared to the more familiar trajectory of sporting cultures in Europe, North America and elsewhere. One aspect of this is the manner in which the ‘emotional labour’ of fans is mobilised to assert control over the stadia as well as to create unique bonds with the teams and clubs they support.

There may be few other football leagues that are so intimately connected with death than the domestic football leagues in Indonesia. Deaths occur on the field, in the stands, and on city streets when football supporters clash. These deaths are the result of poor stadium architecture and security, poor quality of the health services provided for players, and the intensity of fan rivalries. The rivalries are themselves fuelled by problems in the urban infrastructure, problems with policing and, not least, the ongoing corruption of the Football Association of Indonesia (Persatuan Sepak Bola Seluruh Indonesia, PSSI) and footballing bureaucracy. It’s easy to be angry in the stands when one sees a blatant disregard for the ideal of ‘fair play’.

One of the curious outcomes of this situation is the role played by grieving and mourning in Indonesia’s fan culture. Stadia and streets become public sites for grieving, mourning and for collecting funds for bereaved families. These are tragic and difficult situations which show the agency of fans in shaping and giving meaning to their practice as fans. Rather than being passive consumers of a generic sporting culture, fans create their own narratives around the life of their club and the players who are a part of it. Stadia are a piece of urban infrastructure in which the expression of emotions is celebrated.

Recently, the Bali United fan groups were mobilised by the death of Lelhy Arief, the wife of Ilja Spasojević, one of their star players. (Born in Montenegro, Spasojević has since become an Indonesian citizen and currently plays for the Indonesian national team.) Fans used various social media platforms to express their sorrow at Lelhy Arief’s passing, and match players  paid their respects on-field following her death.

Supporter groups such as Pasoepati in Solo and their arch-rivals, the Brajamusti in Yogyakarta, command authority on the streets of their respective cities. Being visible in the streets is part of their strategy for creating a sense of identification with the team and, in turn, the city.

At traffic lights, supporters – often young men sporting their team’s colours or the insignias of their supporter groups – wander up and down the lanes of traffic, shaking plastic buckets and requesting donations for ‘such and such tragedy’. (The word ‘tragedi’ is often used to describe violent incidents on trips to away games when they have come under attack and a heavy (financial) loss has been incurred. ‘Tragedi’ doesn’t necessarily mean that someone has been killed.)

The death of Persela Lamongan’s legendary goalkeeper, Choirul Huda, provoked a full-stadium memorial prior to one of Persela’s games. The fans – famous for being raucous and prone to violence – shed tears and held up signs in homage to Huda while a photo montage was played featuring images of the player throughout his career. Signs compared Huda to Totti, both being one-club players. Young women covered their faces with their Persela scarves as they wept. Others held up candles in plastic cups.

This particular scene was so harrowing partly because the stadium in Lamongan, one of the best in Indonesia, was equipped with a digital scoreboard that was capable of displaying images. Moreover, Huda was captain of Persela, a team which is known for ‘punching above its weight’. Huda played for Persela for his full 18-year, 500-game plus career. Needless to say, this is a rarity in any league, but even more so in Indonesia where clubs frequently move from one city to the next and where contracts are often not honoured. 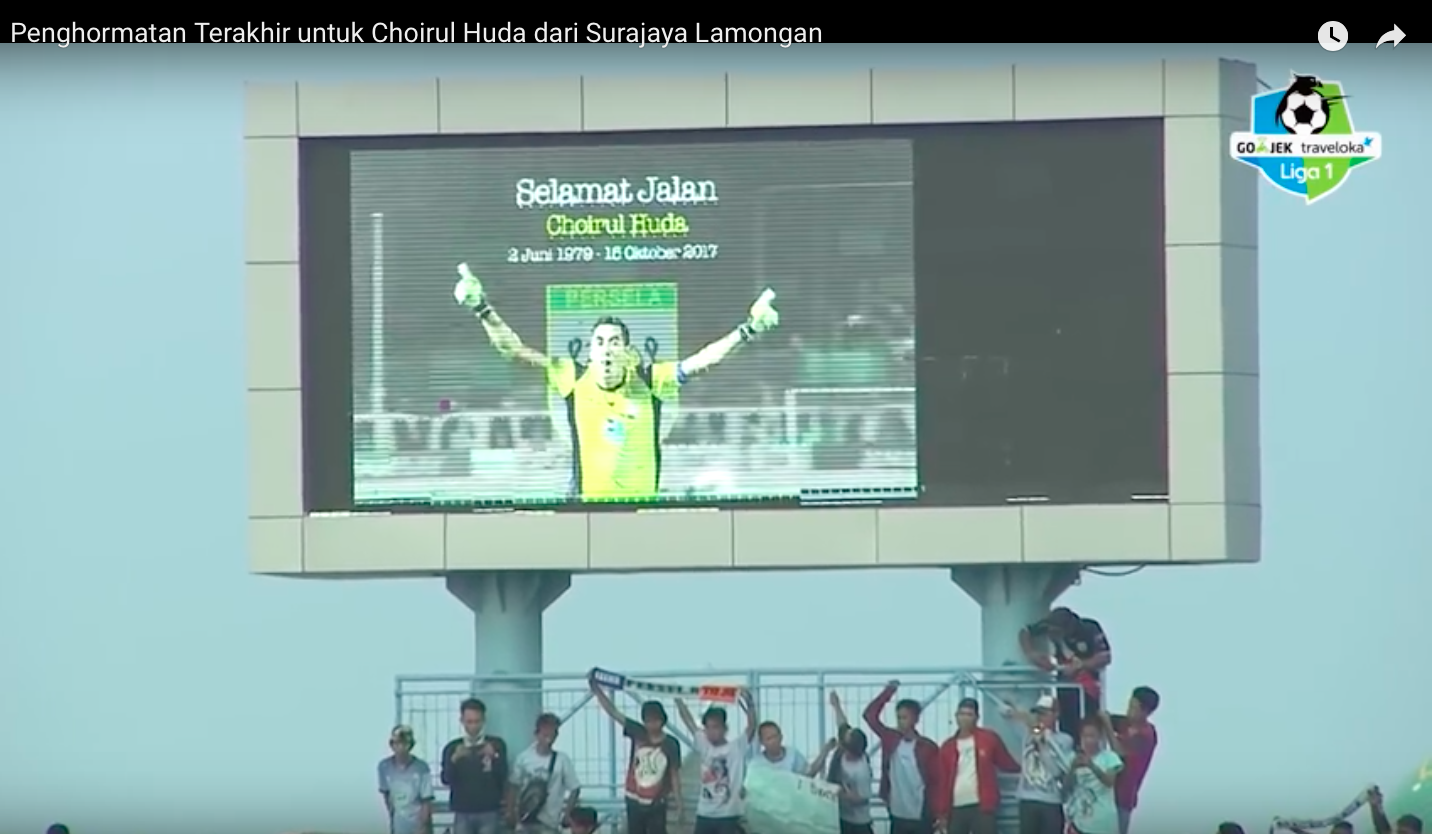 The gaps in Indonesia’s footballing infrastructure often lead to moments of violence and confrontation. However, the ability of fans to shape their own ‘game-day experience’ can facilitate authentic and sincere expressions of grief, as witnessed at the memorial service for Choirul Huda. The street knowledge and authority of the Pasoepati supporter group in Solo – and of similar groups in other cities – draw on the informal financial contributions of fellow city residents who also identify with the team and supporter group.

Emotional labour creates a financial contribution to help cover the costs from damage to vehicles on trips to away games. Indonesia’s footballing culture is therefore characterised by the strength and variety of ways in which fan groups contribute to the game. The players in the domestic leagues are frequently exploited, and for many of them their basic professional conditions are compromised. Football has long played a significant role in the development and emergence of the Indonesian nation, but the conditions under which the league games take place do not do justice to the physical labour of the players or the emotional labour of the millions of fans.

Persela Lamongan’s stadium on the periphery of Surabaya in East Java is a long way from the professional leagues of Europe and elsewhere. But the emotional labour of fans and the service of players such as Choirul Huda, who literally gave his life to his club, suggest that not all sports cultures have been completely consumed by global capitalism. These fans – and others – refuse to internalise the logic of entertainment and consumption that is inherent in the Disneyfication of football.

Andy Fuller is an Honorary Fellow at the Asia Institute, The University of Melbourne, and is the co-founder of Reading Sideways Press. His book on football fandom in Indonesia will be published by Peter Lang in 2020. He is available at fuller.a@unimelb.edu.au.

Muay Thai
The origins and customs of the Chinese New Year