The importance of female workers for India’s future economic growth 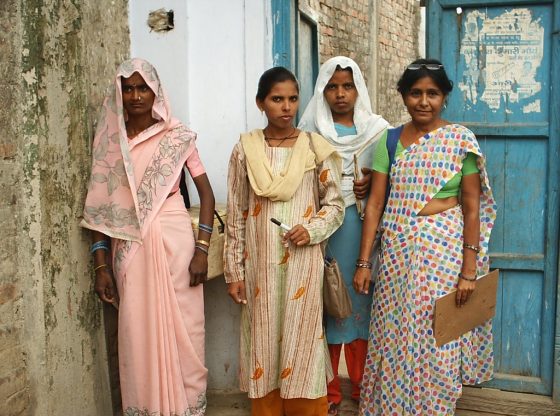 The Indian economy is going through a difficult phase, considering its much-vaunted emerging growth status in recent years. According to estimates, India’s gross domestic product (GDP) is expected to grow at its lowest rate for 11 years, which further underscores concerns about the country’s financial growth.

The downturn in the economy has led to unprecedented levels of unemployment in the country. According to some economists, India is reeling from the spillover effects of a global recession. Others claim that the slowdown is driven by mismanagement of the finance and commerce ministries, as exemplified through the arguably chaotic high-value currency demonetisation drive and the hiccups associated with implementation of the Goods and Services Tax.

In this piece, I argue that an understated aspect which is contributing to the economic crisis is the lack of an all-inclusive workforce, particularly with regard to women. Discussions on unemployment often ignore gender discrimination and the role of women in the country’s economic growth models. It is estimated that women in India contribute 17% of national GDP, as against the global average of 40%. This illustrates a significant gap which is being underutilised in the recovery efforts.

The lack of women in the workforce lowers the average Indian household income, which in turn affects average purchasing power and further slows down the economy

According to the Global Gender Equality Index 2019, India ranks 95 out of 129 countries, and it ranks 112 in the World Economic Forum’s Global Gender Gap Index 2019-2020. These indices reveal that Indian women have not been encouraged to participate in the workplace or provided with the same benefits which are accorded to their male counterparts. This concern is further accentuated by data released by the World Bank regarding female Labour Force Participation Rates (LFPR) for 2018-19. The data show that the share of working-age women either being employed or available for work in India is as low as 21.8%, whereas the global average is 40%.

Women constitute nearly half of the Indian population, yet these figures show that they remain a dependent demographic. In the words of Amitabh Kant, the executive head of the government think tank Niti Aayog: ‘a substantive increase in the female workforce is a pre-requisite for India’s GDP to improve and grow in the coming years’.

There are many reasons for this gender inequality in the employment figures. In India, women are exposed to a patriarchal outlook which subjugates them to a role of servitude to the menfolk. As a consequence, they are relegated to a position within the confines of their homes which discourages their engagement with the public sphere. Women are traditionally seen as the primary care provider in their families, with household tasks and childcare considered their primary responsibility. They contribute to their families through their unpaid work in the household and thus are not expected to move beyond the domestic boundary of the home for work.

Linked to this is the fact that literacy rates among women are among the lowest in the world, because education for females in India is discouraged, often being viewed as wasteful or heretical. Even with limited skills development, a large proportion of educated women fail to secure gainful employment. Consequently, for many female workers in India the Baverman thesis applies: they end up getting ‘nibble finger jobs’, or in other words the jobs which men consider inferior. This is further reinforced through the gender divide, witnessed by the over-representation of women in the lower-value sectors such as education, textiles and agriculture.

Even when women are able to work, they still often face challenges from the family and from a society which does not readily support working women. With a lack of basic infrastructure and childcare provision, often many women simply give up on their careers. The reasons cited tend to be family needs, such as after having children, or if someone in the family becomes unwell. There is also a great deal of gender discrimination within the private sector, which prefers to have a male workforce due to the perceived lower expenditure in terms of gender-specific provisions such as maternity benefits, etc.

Finally, safety factors contribute to keeping women away from the public domain of work. External safety constraints such as the lack of safe transportation, and internal constraints including sexual harassment in the workplace are both major issues. This is particularly true for the large number of women employed in the unorganised sector who are exposed to these concerns on a much greater scale, yet because they have neither a fixed income nor any job security, their role in the economy becomes minimised.

As a result, we find that in relative terms Indian women make only a minimal contribution to the country’s economy. For its part, it appears that the government has begun to be concerned by the decline in female workforce participation and has been trying to increase this through affirmative policies including tax rebates, maternity benefits and legislation regarding safety.

All of this is far from sufficient, however. Women are the domestic heroes, but their unpaid household work does not contribute to national GDP. The lack of women in the workforce lowers the average Indian household income, which in turn affects average purchasing power and further slows down the economy. There is a paucity of jobs in India in the current economic scenario, but even when economic conditions and GDP were better, the role of women in the economy was dismal. There is therefore a need for greater steps towards the economic empowerment of women.

The initiation of job-oriented education, provision of support institutions, realisation of the significance of a double income in the family, a change in attitude towards working women, greater safety mechanisms in place for working women and increased societal responsibility towards children could be the first few steps towards wider economic improvement, both for women and for the Indian economy as a whole.