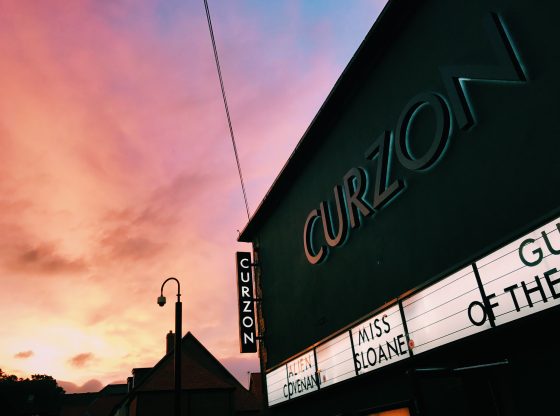 Compared to other EU countries, the UK is certainly much more open and active in terms of its engagement with Chinese film culture. The evidence for this lies in the promising increase in the regular distribution and exhibition of Chinese-language films in Britain.

In 2019, for instance, Trinity CineAsia successfully released Pegasus, The Crossing, White Storm 2, Ner Zha, The Captain, The Climbers and The Whistleblower. This record makes the company the most active distributor for Chinese-language films in the UK. Nouvelles d’Europe also joined in the distribution race for the first time by releasing My People, My Country in October through their UK office.

New Wave Films, meanwhile, experimented in releasing some more arthouse titles, including Ash is Purest White and Long Day’s Journey Into Night. And the British distribution and cinema brand Curzon acquired the rights for So Long, My Son at Cannes last year, as it continues to build its auteur portfolio. So Long, My Son was released in cinemas and on-demand in December 2019.

The openness of the British market has also enabled non-UK companies to distribute films. For examples, Better Days was released by Magnum Films from Australia and Dear Liar was handled by CMC Pictures from Beijing. Another model is that of Abominable, a Chinese-American co-production which was able to benefit from Universal’s global distribution network and became the top-performing Chinese film in the UK in 2019 in terms of the box office.

In addition, there is HOME in Manchester, Britain’s leading independent cinema, which is also the base for the Chinese Film Forum UK where the team regularly brings limited releases or puts on screening events of Chinese-language films for its local audience. The BFI London Film Festival also selected seven Chinese films (including co-productions) last year for its screening programme. Apart from local efforts, different organisations from China have also been engaging with British audiences by curating specialised film screening seasons, such as the Shanghai Art Film Federation.

It would certainly be reasonable to assume that if the UK continues to show such high interest in distributing and exhibiting Chinese films then this will bring fruitful returns in terms of more films from Britain being available in China. However, so far the traffic generally appears to be travelling in one direction only.

While at least 20 Chinese/Chinese language films (including co-productions) were distributed for commercial purposes in the UK in 2019, only seven or so British films (or British co-productions) were released in China. These included Bohemian Rhapsody, Thomas & Friends, The Shaun the Sheep Movie 2, Monster Family, They Shall Not Grow Old, Yesterday and Downton Abbey. Bohemian Rhapsody was the most successful of this list.

While many UK films are co-productions or co-financed with the US or other European countries, this model has somehow complicated the distribution of its films in territories beyond America and the European Union. Another challenge is that although most independent film companies in Britain have an interest in exploring distribution possibilities, they are still not very knowledgeable about the Chinese film market. And while most sales agents normally take up all the global rights when they purchase a film at festivals, these agents are not necessarily familiar with the complexities of distributing a foreign film in China. Furthermore, there is also a need for more innovative marketing campaigns to improve the achievement of UK films at the box office in China, as highlighted by the poor performance of both Downton Abbey and Yesterday last year. A funding scheme to support British films and their overseas distribution beyond the EU and the US is urgently needed. Though, how can this be achieved while current funding received from Creative Europe is not even certain in the future?

Increasingly, there are signs that moviegoers in China are becoming less and less enthusiastic about Hollywood films. Among the total of 122 foreign films imported to China last year, there were 10 Hollywood revenue-sharing import films less than the year before.  This means that in the future there will be increased demand for films from Britain and other European countries. The UK film industry, therefore, needs to be proactive and start developing strategies to take this market seriously.

One should not underestimate the importance of film diplomacy between China and the UK, particularly in the current context of the trade war between the United States and the People’s Republic as well as Brexit. A greater balance in film trade and exchange between Britain and China could help provide a more solid cultural foundation for all-level relations between this ‘special couple’.

Dr Hiu Man Chan is a researcher and consultant specialising in UK-China, and EU-China collaboration in the creative industries, particularly the film sector. She was Principal Investigator of the UK-China Film Collaboration Project (Feb–Oct 2019), funded by the Arts and Humanities Research Council (AHRC).