Change and integration: China’s legacy after 40 years of economic transformation 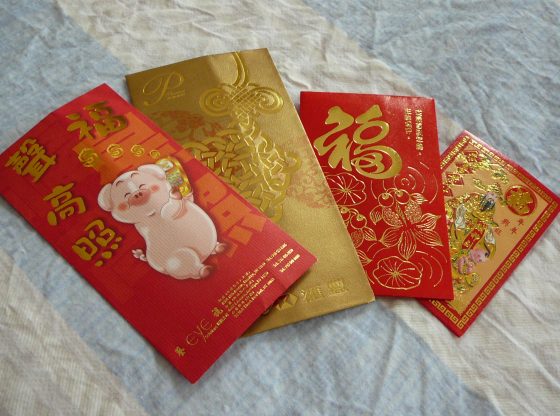 Saturday 25 January 2020 marked the start of the Chinese Lunar New Year. Also known as the Spring Festival, this is the most important date in the world’s most populous country. Family members are expected to travel back home to have New Year’s Eve dinner together and children look forward to their ‘Red Packet’ money to fulfil some of their New Year’s wishes.

Chinese New Year is also a time of reflection, to count the blessings of the year just finished and make plans for the year ahead. For me, the most enduring impressions about China this year are ‘change’ and ‘integration’.

Since the start of its economic opening in 1978, China has experienced one of the biggest transformations in human history. The once isolated ‘Middle Kingdom’ has lifted itself up from being a poverty-stricken country to become one of the world’s largest recipients of foreign direct investment. It has become a leading centre of manufacturing and a new science and technology powerhouse.

Western culture and ideas have influenced millions of China’s citizens in recent years. As a result, the country has undergone dramatic social and cultural change

China’s per capita disposable income increased by more than 22.8 times over the past 40 years and the People’s Republic of China (PRC) is now considered to be an upper middle income country. A massive urbanisation drive has resulted in more of its citizens living in towns and cities with better infrastructure and facilities, and it is predicted that seventy per cent of the Chinese population will be living in more developed urban areas by 2030.

China has taken important steps to integrate itself with the rest of the world. For example, by joining the World Trade Organisation (WTO) in 2001, China committed to further openness and has tried to utilise the WTO to negotiate global trade agreements and settle disputes with other countries.

The PRC used to have tight restrictions on movement and travel by its citizens, and studying abroad was a privilege reserved only for the very wealthy and the social elite. Nowadays, many students from ordinary family backgrounds are able to pursue their dreams abroad, and according to the Ministry of Education, a record 608,400 Chinese students enrolled in foreign universities in 2017 alone.

China has become a major destination for foreign students too, with government statistics suggesting there were a total of 492,185 international students from 196 countries studying in Chinese higher education institutions in 2018. China has become attractive as a place to live and work due to its social and economic development and better career prospects, and it is home to an estimated one million expatriates from around the world.

Although traditionally a collectivist, male-dominated society with a rigid hierarchy and strict social norms, Western culture and ideas have influenced millions of China’s citizens in recent years. As a result, the country has undergone dramatic social and cultural change. According to The World Values Survey, Chinese people today are less likely to endorse collectivistic values such as traditionalism and conformity, and Individualistic ideals such as hedonism and uniqueness are increasingly more acceptable.

A study by the Harvard Business Review discovered that over the course of the last 40 years there has been a change in the lyrics of popular Chinese songs; now more and more they use first-person singular pronouns such as I, me and mine rather than plural pronouns such as we, us and ours. Young people in China are increasingly determined to escape from their parents’ expectations and to pursue their own lifestyle and career choices.

Video gaming, for example, considered by most parents as a waste of time and harmful to health and wellbeing, is a sport which is passionately celebrated by millions of young Chinese gamers. China’s e-sports industry is estimated to be worth about USD 14 billion, and 630 million people in China played video games in 2018. There are professional teams of gamers who play 14 hours a day, 7 days a week and compete for multimillion-dollar prize pools around the world.

China has always been a male-dominated country, to the extent that some very important female figures remain nameless in history books. The country’s current top decision making body – Politburo Standing Committee of the Communist Party – has no female representation, which speaks volumes. However, various indicators suggest that Chinese women are starting to close the gender gap.

More and more Chinese women are already challenging the established order. Even though many Chinese families favour boys and often choose to prioritise their education, official statistics show that there are now more female students than male students in Chinese universities. This indicates that Chinese women are succeeding against the odds on the education front.

Chinese women are actively generating wealth as well. According to the World Bank, China ranks Number 1 in the world in terms of female labour force participation, and 56 out of 88 self-made female billionaires in the world are Chinese. There are also more women in senior business positions. In the technology sector, for example, China has a higher percentage of female leaders in top management positions than the United States.

Nonetheless, there are signs to suggest that the current Chinese leadership is moving China back towards a more centrally controlled authoritarian state. As President Xi stresses the need for China to be more culturally confident, some traditions are being revived. An increasing number of Chinese pupils are taking calligraphy classes, and long-neglected traditional Han clothing called Hanfu is making a comeback in young people’s wardrobes. As we embark on a new decade, China is destined to undergo yet more dramatic changes.

Some things never change though. As the coronavirus sweeps across China, causing public transport to be shut down, New Year celebrations to be cancelled and dozens of cities to empty, certain aspects of Chinese society’s ugly taste for exotic animals are being questioned once more.

Eating exotic and wild species is a long-held Chinese tradition, considered by some as a luxury because of the rarity and cost. Practitioners of traditional Chinese medicine also believe that certain wild animals provide medicinal benefits. It therefore appears that the lessons of the 2003 SARS epidemic that killed almost 800 people have not been learned.

The source of this new coronavirus is linked to a local market in Wuhan which sold live animals including snakes, bamboo rats, young wolf pups and civets – the last of which was linked to the source of the 2003 outbreak. Perhaps this unfolding crisis will finally change people’s attitudes towards animal rights. Likewise, it is to be hoped that the government will speed up the process of cleaning up the wild animal and wet markets to ensure they meet proper sanitary standards, so that such a man-made epidemic will never happen again.

Dr Qing Shan Ding, is a Senior Lecturer in Marketing at the Huddersfield Business School, University of Huddersfield.