The socio-psychological impact of terrorism on Pakistani society 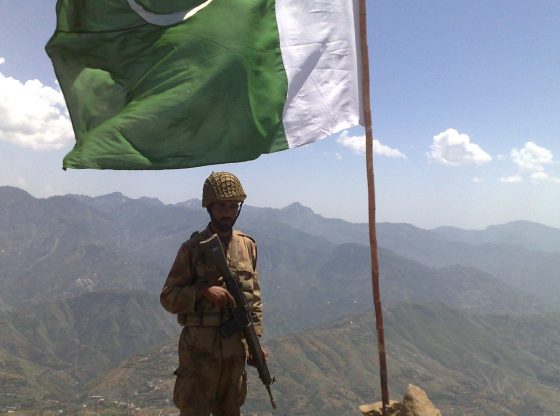 The goal of terrorism is not a single act of violent destruction and physical damage. The goal is to use these acts to make a society weak, intolerant, rotten, displeasing and annoying in order to achieve a socio-psychological outcome in the form of mental and emotional stress. This is why militants target a nation’s resilience, its socio-moral values, its morale, unity and administrative bodies.

What distinguishes Pakistan from other countries in the region is that despite the exceptional odds peculiar to the country, there is an innate strength and a measure of efficacy in its fall-back response

Pakistani society is currently undergoing a normalising phase. The socio-psychological trauma experienced by society as a whole affects the way individuals behave and produces a psychological response among citizens. The trauma of these tragedies has profoundly impacted on people, making it difficult for them to absorb the shock of each event. Fear and a feeling of helplessness among the general population is the result, and this excessive stress also affects people’s thinking process, learning capabilities and psychological behaviour. In sum, terrorist attacks create a sense of insecurity that eventually leads to anxiety, depression, fear and mental problems across society.

These traumatic events are having long-term adverse effects on Pakistan’s young people and children in particular, undermining their motivation and reducing their level of engagement with the normal functioning of society. Problems with learning are having a direct impact on their cognitive health and, accompanied by feelings of social isolation, this is resulting in psychological instability.

Adolescents who have been brought up since 9/11 are experiencing the adverse effects of terrorism, not least because adolescence is the stage of life that is characterised by rapid physical and socio-psychological changes. War, conflict and acts of terrorism not only influence the daily well-being of adolescents but also undermine their psychological performance, specifically at a point when they are already going through major physical and psychological changes.

Owing to the increased militancy and subsequent military operations in Swat, South and North Waziristan and other parts of Pakistan, the local residents in the conflict areas – particularly the women and children – have been severely affected by social, mental, physical and psychological trauma and abuse. Consequently, the residents of these regions have been displaced, leaving their homes and places of habitual residence in order to avoid the shocks of armed conflict. The fear of death and feelings of helplessness have further traumatised their lives, affecting their daily routine and social interactions.

The society of Pakistan is a moderate and vibrant society which rejects any kind of religious extremism. It believes in moderate Islam and the Sufi traditions founded in tolerance, peace and co-existence. These traditions are an integral part of Pakistan’s history and culture. What distinguishes Pakistan from other countries in the region is that despite the exceptional odds peculiar to the country, there is an innate strength and a measure of efficacy in its fall-back response.

Resilience is a unique capability which enables a society to revert to its normal behaviour after turbulence and disruption. The virtue of resilience is not unique to the people of Pakistan, but it is evident in their behavioural response to rebuild society in the post-trauma phase, and it is what keeps Pakistan afloat. The long-established resilience of Pakistani society is the national characteristic of the country shaped by its history, geography and socio-cultural values.

The social fabric of Pakistan is so closely interwoven that whenever the country is affected by adverse events there is immediately a spontaneous process of healing which takes place across all levels of society. Public support for the military operations to establish peace and restore life to a healthy and normal footing likewise displays the resilient response of the nation to the menace of terrorism. Consequently, these military successes enable individuals to cope with emotional and psychological anxiety as well as post-traumatic depression and to continue to manage the tasks of daily life.

In order to provide as much support as possible for society to cope with these daily pressures, there needs to be a well-thought-out social action plan based on the following:

In addition, more work is needed in the critically affected areas, which can then act as a binding force and motivate the whole society to show its national character in combatting the menace of terrorism. Equally, there is an urgent need to complete the ongoing rehabilitation programmes for the temporarily displaced persons/victims so as to help them integrate back into society. This may then relieve the post-traumatic socio-psychological stress that they have experienced.

Muhammad Nawaz Khan is a Research Officer at the Islamabad Policy Research Institute (IPRI), Pakistan. His areas of research include Russian foreign and defence policy with a special focus on Pakistan, counter-radicalisation, and Afghanistan.