Is Kashmir becoming a forgotten case? 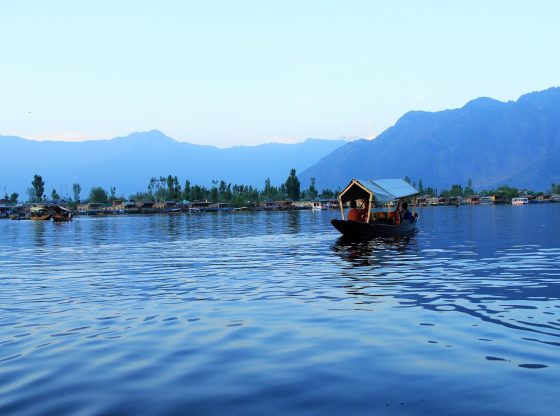 Pakistan’s priority should have been to offer practical help to the besieged people of India-Occupied Kashmir (IOK), where eight million people have been held under lockdown by New Delhi since 5 August 2019. However, instead of concentrating on liberating the beleaguered population of IOK, Pakistan is currently utilising its energies to mediate between Iran and the United States on the one hand, and Iran and Saudi Arabia on the other.

Foreign Minister Shah Mahmood Qureshi, who should have launched an aggressive campaign against India’s brutal acts in Kashmir, instead went on a tour of Iran, Saudi Arabia and the US to de-escalate tensions following the assassination of Iranian Major-General Qasem Soleimani in a US drone attack at Baghdad Airport on 3 January 2020.

In other circumstances, it would certainly make sense for Pakistan to play a role in helping to mend fences between Tehran-Riyadh and Tehran-Washington. However, at a time when Indian belligerence towards Azad Kashmir (AJK) on the Pakistani side of the Line of Control (LoC) and New Delhi’s unprecedented use of force against the Muslim population in IOK have reached their peak, Islamabad should have focused instead on an issue which is a matter of life and death for the people of Jammu and Kashmir (J&K) and for Pakistan.

About five and a half months have passed since the lockdown began, but Pakistan has been unable to muster any cogent international support

One can also raise questions about Pakistan’s ability to mediate between Iran and Saudi Arabia or Iran and the US. Mediation per se cannot take place unless the parties engaged in a conflict request the relevant state to take on the role of mediator. No such request has been received by Pakistan from Tehran, Riyadh or Washington. It is Oman which has a good track record of mediation between Iran and the US, as shown by the country’s involvement in 2013 which culminated in the 2015 Iran-US nuclear deal. Oman has also mediated between Iran and Saudi Arabia in the past.

When Iran became a victim of American drone attacks, Pakistan should have launched condemnation instead of offers to mediate. The Saudi-Iranian discord is also such that Pakistan’s efforts to mend fences between the two Muslim countries may not yield success.

The issue of J&K has lost momentum in Pakistan’s foreign policy, however, and it has almost become a forgotten case. This is due to three main reasons: the policy gap between the government’s rhetoric and its actions; the reluctance of Pakistan’s elites to offer any practical support to the Muslims of Kashmir; and the country’s inherent political and economic weakness.

First, there is the policy gap between theory and practice. Despite claims by the Pakistani government to be taking a proactive approach in internationalising the Kashmir issue, it has failed to call a results-oriented meeting of the United Nations Security Council (UNSC) to discuss the situation in IOK.

According to the UN Charter, all members have the right to request a meeting of the Security Council and an emergency meeting of the General Assembly if the issue represents a grave threat to international peace and security. The closed-door Security Council meeting on Kashmir held on 15 January 2020 was called by China and Pakistan jointly, but it also failed to exert any pressure on India to end its brutality.

Sadly, the Organisation of Islamic Cooperation (OIC) likewise continues to adopt an unserious approach to the Kashmir issue, as evidenced by its calling a meeting for April this year rather than holding an emergency session. The situation in IOK requires immediate action by the OIC instead of discussions in April, which simply reflects how uncommitted the Saudi-led Islamic organisation is on the issue.

Had Pakistan participated in December’s Kuala Lumpur Summit, however, the issue of Kashmir would have been at the top of the agenda because Iran, Malaysia and Turkey have all offered their support for the Kashmiri cause. But Pakistan let them down, despite initially agreeing to participate in that summit, withdrawing under Saudi pressure at the eleventh hour.

Second, while to begin with Pakistan’s elites were vocal in their support for Kashmiri defiance against the Modi regime following India’s implementation of the J&K Reorganisation Act, when the time came to offer practical help to the besieged people of IOK, the elites took a back-foot position because for them any activity targeting the Indian military across the LoC would have been counter-productive and would have led to retaliation from the other side.

When Kashmiri nationalists in Pakistan announced their intention to cross the LoC in September 2019 to show solidarity with their counterparts in IOK, Prime Minister Imran Khan stopped them, arguing that such an act would provoke India. He promised to mobilise international support at the UN to condemn India’s brutal actions in Kashmir, but nothing happened. About five and a half months have passed since the lockdown began, but Pakistan has been unable to muster any cogent international support in this regard.

This means that the elites of Pakistan are not interested in taking the risk of rendering any practical military or logistical support to the Kashmiris. As a result, the issue of Kashmir has been relegated to the back burner. Knowing that Kashmiri Muslims, following the abrogation of the special status of J&K, face the threat of ethnic cleansing and genocide, Pakistan has looked the other way and done nothing more than make pronouncements.

There is no way that India will reverse its policy on J&K unless Pakistan takes a firm stand on the Kashmiris’ struggle for emancipation. The reality is that the elites of Pakistan do not want to sacrifice their own position of comfort by rendering any form of practical support to the people of IOK. Those who are influential and resourceful know that any attempt to provide Kashmiris with military and logistical support across the LoC would lead to Indian retaliation and they are not prepared to take that risk. However, without taking any risks, Pakistan should not expect India to end its military occupation of IOK, and without adopting a courageous stance, the Muslims of IOK cannot be liberated.

Third, Kashmir has been a forgotten case because neither the economy nor politics of Pakistan are in a position to take on India by engaging its million-strong military and paramilitary forces in IOK. Which then begs the question: why doesn’t Pakistan communicate more clearly to India that in the case of genocide taking place in Kashmir, it will be forced to provide nuclear cover to those facing the threat of ethnic cleansing? And why has India’s Army Chief instead become so courageous that he is openly threatening Pakistan with an invasion of Azad Kashmir?

It all goes back to Pakistan’s need to strengthen its economy, to ensure proper governance and the rule of law, and to bring about political stability. In addition, Pakistan must be ready to stand up to any sign of Indian adventurism in Azad Kashmir. Preparing for a long struggle to emancipate the people of IOK from Indian occupation requires the kind of leadership that is willing and able to risk providing practical support to the Kashmiris. Otherwise, the future of Kashmir will be no different to its present or its past.