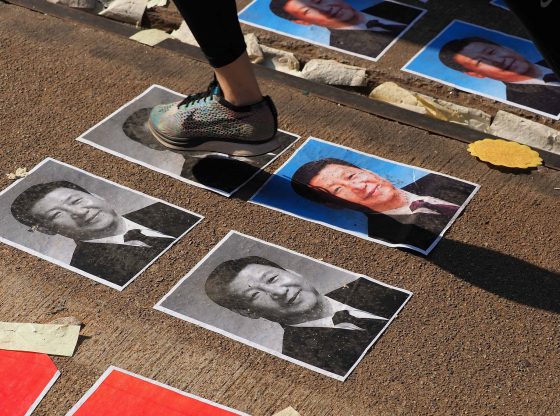 The start of 2020 marks another setback for Chinese nationalism in Asia. Amid a sense of fear against encroachment from China, January’s general election in Taiwan for the president and legislative chamber proved a resounding victory for the incumbent pro-Taiwan independence president Ing-wen Tsai and the ruling Democratic Progressive Party (DPP).

The fading appeal of Chinese nationalism in Taiwan echoes the enduring social movement in Hong Kong. Months after the outbreak of the anti-extradition protests (civil resistance against a proposed bill which would enable the Hong Kong government to hand over suspects to mainland China) in June 2019, crowds in Hong Kong began calling for ‘the independence of Hong Kong’ at rallies.

This defiance towards Chinese nationalism in both Taiwan and Hong Kong suggests that China’s ‘sharp power’ is unable to achieve a commensurate level of ‘soft power’ for its national image. Simply put, China’s rising political manipulation and socio-economic influence in its neighbouring Asian societies is resulting in anxiety and hostility instead of moral leadership. Moreover, the cultural notion of Chinese nationalism has been politically mobilised as a socio-economic ‘carrot and stick’ in the hands of China. A ban on travel visas to Taiwan, trading limits for cultural products from South Korea, and a boycott of Japanese goods are well-known instances of this.

Loving one’s own country is a trait commonly seen. However, a closer scrutiny of national pride reveals that, in the main, nationalism can be understood according to two schools of thought. The modernist paradigm explicates nationalism as the socio-cultural building process of modern values such as citizenship, civic rights, civic duties and democratic participation stemming from the Enlightenment era. These are the core elements which lie behind state-building, the formation of political sovereignty and the ruling legitimacy of modern states.

The modernists, however, are unable to offer a coherent story in regard to pre-modern states, nor to provide a convincing explanation of the zealous passion and even radical action demonstrated in nationalistic mobilisation. Here, the primordial school offers an alternative narrative: nationhood is primarily based on shared national glory, cultural myths and (constructed) common biological and historical roots such as blood ties, ancestral origins, and even xenophobic anxiety and hatred regarding past foreign dominance. The primordial story illuminates a constructionist view of nationalism which features emotional and sentimental support for the idea of national greatness.

Of course, national identity and nationalism cannot be explained solely through either a modernist or primordial interpretation, given the variety of historical and cultural backgrounds of so many nations and states. However, when the pursuance of national glory is characterised by a focus on primordial cultural myths and ancestral roots without adequately addressing the modern values of citizenship and human rights, and when nationalistic mobilisation diverges from the commonly accepted values of democracy and liberty in the world, this paves the way for ethnic-civic conflict. Such ethnic-civic unease is manifested in the nation-building project in post-handover Hong Kong.

Hong Kong has long been an international gateway to China, given its history as a Western colonial free port in Asia. While displaying its pan-Chinese sentiment with its Chinese languages and traditional and ethnocultural ties with mainland China, Hong Kong is also a global hub which pledges itself to individual freedom, the rule of law, a cosmopolitan lifestyle and open governance on a par with international practice.

Since its modernisation in the 1970s, civic liberties and the spirit of personal freedom have been an indispensable part of Hong Kong identity. Socio-cultural tensions arise when the Hong Kong identity comes up against a top-down post-handover state-building process which rides on an ethnic call for nationalistic unity and glory but fails to rationalise itself in line with the modern values of democracy and civic liberties. This tension is further aggravated amid the widening rifts between the civil society of Hong Kong and the Chinese government over the democratisation of this city.

Meanwhile, post-handover interactions between mainland China and Hong Kong are also unleashing unintended consequences: the massive presence of mainland Chinese and Chinese capital in Hong Kong is generating a fear of encroachment rather than an appreciation of the national greatness of China, as the people of Hong Kong now worry about the highly asymmetrical power relations between local civil society and the gigantic authoritarian party-state.

Hong Kong’s story is illustrative of the political and socio-cultural implications of an uneasy Chinese nationalism. While pursuance of national identity is a relatively common practice in the world, nationalism which falls short of democratic values and civic liberties is likely to generate suspicion and fear overseas. Whether Chinese nationalism is able to rationalise itself in line with the modern values of democracy, individual freedom and human rights will define the fine line between ‘sharp power’ and ‘soft power’, when the global villagers appraise the rising influence of China, Chinese enterprises and Chinese people from the perspective of their home towns.

The story of uneasy Chinese nationalism in Hong Kong also sheds light on other authoritarian and hybrid regimes in Asia. While the call for national unity and greatness could be politically appealing, its compatibility with the modern values of democracy, personal freedom and people’s civic rights will always be a core challenge to nationalistic discourse. After all, national glory and pride should not be the enemy of the people. Nationalism, ideally speaking, should represent a sense of common spirit in the pursuit of a good life and justice. The suppression of free will in the name of nationalism goes in the opposite direction to its fundamental moral grounding.

Chi-kit Chan is an Associate Professor in the School of Communication at the Hang Seng University of Hong Kong. He publishes in academic journals on nationalism, Chinese and Hong Kong identities, journalism and media sociology. He recently co-authored the journal article ‘Disarticulation between Civic Values and Nationalism: Mapping Chinese State Nationalism in Post-handover Hong Kong’.

The socio-psychological impact of terrorism on Pakistani society
Is Kashmir becoming a forgotten case?