Why is China’s younger generation more pro-government than the previous generation? 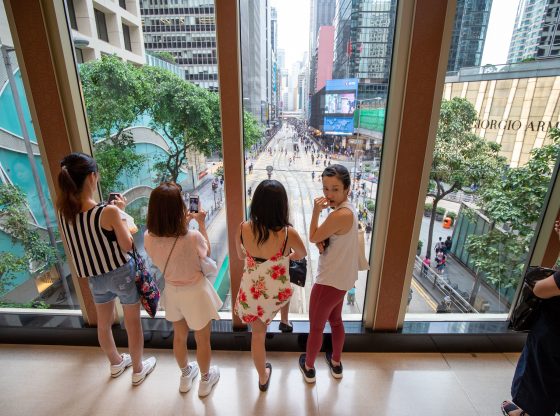 Soon after the anti-extradition protests began in Hong Kong in June 2019, I began to monitor and analyse posts and comments relating to them on Chinese social media. Owing to this effort, I felt that I was fully prepared for any antipathy and hostility towards the Hong Kong protests that I might encounter in the classroom from newly enrolled mainland students. For these students, August was a difficult month: public transportation in the city was frequently interrupted and, with no previous experience of the demonstrations, which were depicted by Chinese state media as riots, they suddenly found themselves surrounded by black-clad protesters.

However, I must admit that I underestimated the effectiveness of the propaganda effort by the Chinese Communist Party (CCP); two-thirds of the students dropped my class on ‘Issues and Cases in Mass Communication’ as soon as I brought up the subject of the Hong Kong protests. Some of them expressed anger at what they perceived to be my opposition to the CCP, although all that I had done was to present the facts, remaining careful not to indicate my own opinion of the demonstrations. Other students had been frightened by warnings from mainland government officials before coming to Hong Kong and did not want to be exposed to information deemed harmful to the nation.

What surprised me most, however, was the growing number of cases in which students in mainland China as well as overseas reported teachers or fellow students who supported the protests to party authorities, often exposing personal information on Chinese social media (i.e. they were doxed).

I reminded my students to be careful on social media – even Facebook, Twitter and Instagram, which are blocked in mainland China – in order to avoid attracting unwanted attention from the mainland government. I also ceased holding class discussions of sensitive topics such as the demonstrations and the re-education camps in Xinjiang and instead had the students write essays. I was well aware of the irony that, while as an educator I exhort my students to keep an open mind and engage in critical thinking, I was now at the same time teaching them to engage in self-censorship.

The present situation contrasts starkly with that during the 2014 Umbrella Movement. At that time, mainland students in my class were full of curiosity about the demonstrations, which they actively participated in or observed. They also kept asking questions in the classroom, trying to understand the root causes of the movement, Hong Kong as a distinct society, and the power dynamic between Hong Kong and Beijing. Even though the students had been warned to stay clear of the Umbrella protesters by the CCP officials, they obviously paid them no heed. On the contrary, they actively shared what they saw and heard on Chinese social media, despite the fact that such posts were almost immediately deleted.

These observations, to the extent that they reflect broader trends in public opinion, raise the obvious question of why, in just five years, the attitudes of young people on the mainland towards their peers in Hong Kong who are fighting for democracy seem to have shifted so dramatically.

That is, some explanation seems necessary for the reluctance on the part of today’s students to make the effort to understand the outside world and to accept information from sources other than the official Chinese media – and thus for the remarkable success of the CCP’s propaganda effort over the past five years. I suggest that the following three factors have contributed significantly to this shift in the attitudes of young people on the mainland.

The CCP’s tight control over the education system

In July 2019, the central government issued new guidelines mandating that primary and middle schools should make a greater effort to inculcate the party’s values and promote students’ patriotism beginning at an early age. However, the indoctrination of university students so as to ensure their uniform support for the party (but, again, ostensibly to promote their patriotism) began much earlier. For a number of years now the Chinese authorities have been using what are described as ‘student information officers’ at Chinese universities and colleges to report on the opinions of their classmates and teachers.

As some scholars in China have pointed out, this system of student informants has implications for the moral and ethical development of an entire generation. Numerous media reports have confirmed my personal observation that some students have whole-heartedly embraced their role as government informants and have been performing it without regard for ethics or even any reward from the party.

The party’s tight control over the flow of information

China’s leaders rely primarily on propaganda and censorship to maintain their rule. Having already constructed the ‘Great Firewall’ around the Chinese internet to block outside voices, the State Internet Information Office further restricted content in 2013, and the government went on to establish the country’s Cyberspace Administration in 2014 and implement a sweeping Cyber Security Law in 2017. With access to big data and the use of artificial intelligence, state media outlets have been free to carry out surveillance and manipulate public opinion.

Private internet companies also contribute to the state’s propaganda and censorship efforts, promoting pro-government messages and discrediting or blocking dissident voices. Meanwhile, China’s digital infrastructure and internet culture have developed rapidly in ways that ensure citizens’ dependence on the country’s own platforms; thus the Great Firewall allows only a censored internet and shuts out the global internet, which the CCP perceives as dangerous and disorderly. For these reasons, mainland students residing in open societies such as Hong Kong have to work hard to change their media usage habits.

The chilling effect of repression

With the enactment of the aforementioned Cyber Security Law, news media in China began to report VPN dealers and the posting of statements deemed to threaten social stability on various social media platforms. Not surprisingly, this very public exercise of state power has had a chilling effect, significantly altering the behaviour of Chinese netizens.

Research has shown that, following the enactment of the new law and reports on the punishment of online critics, the frequency of openly confrontational comments on politically sensitive topics has decreased. The choice by at least some mainland students to stay aloof from politics, especially with regard to topics perceived as sensitive, can thus be interpreted as a consequence of their concern not to provoke the mainland authorities. This defensive mindset may have become in some sense inertial and involuntarily, and it is reinforced by a pervasive fear of retribution.

In 2017, the top seven colleges in China established departments to oversee the political thinking of teachers after receiving criticism from the Central Commission for Discipline Inspection, the party’s watchdog, for their weakness in promoting its ideology. In a further step in this direction, in 2019 Fudan University stripped ‘freedom of thought’ from its charter and added a sentence that emphasises the institution’s strict adherence to the party’s leadership. These and similar actions, such as the issuance of guidelines for ideological education in primary and middle schools, demonstrate the determination of the CCP to strengthen and expand its control over the rising generation.

Nevertheless, as long as young people are exposed to democratic political processes and values, at least some of them will be able to develop critical thinking skills and media usage habits that are not dictated by the state. So it was that after the Taiwan presidential election in January 2020 I observed some mainland students starting to talk about the importance of voting rights; and following the coronavirus outbreak I have heard a great deal of criticism by students of the Chinese government’s handling of the crisis and praise of the transparency and efficiency with which officials in Hong Kong have confronted it.

It is my hope that this sort of contrast between the two governments will encourage mainland students here to look beyond the state media and realise that the people of Hong Kong are out on the street demanding not independence, but democratic universal suffrage.

Luwei Rose Luqiu is an Assistant Professor in the School of Communication at Hong Kong Baptist University. Her most recent book is Propaganda, Media, and Nationalism in Mainland China and Hong Kong (Lexington Books, 2018).

Is Kashmir becoming a forgotten case?
A clash or reconciliation of nationalisms across the Taiwan Strait?