A clash or reconciliation of nationalisms across the Taiwan Strait? 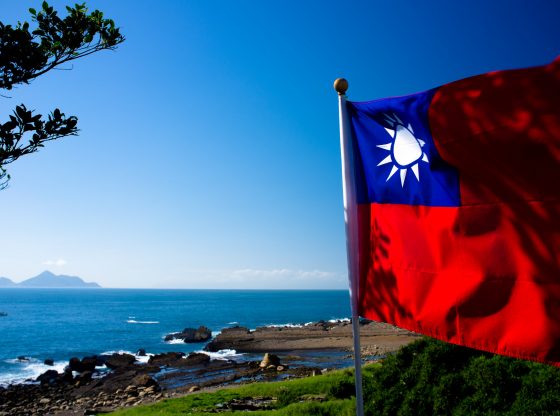 Between 2002 and 2003, I was a Fulbright Scholar in Taiwan studying the role of intellectuals and the state in shaping national identity across the Taiwan Strait. Since then I’ve published a book on the same topic but have been constantly pulled back to the topic by the developments in Hong Kong, Macau, Taiwan as well as mainland China.

In 2014, the Umbrella Movement in Hong Kong failed to persuade the Beijing government to grant them full universal suffrage for the election of the chief executive. Since then the so-called high degree of autonomy guaranteed by the Basic Law was eroded so much that Hong Kong was becoming more like Macau. Macau has been touted by the Central government as a perfect model of ‘one country, two systems’, but in reality it is more like a model of ‘one country, one and a quarter systems’, i.e. an authoritarian system plus some press freedom. That sounded an alarm in Hong Kong, which led to a violent protest in the latter part of 2019 against more restrictive measures in Hong Kong and with an additional demand for universal suffrage. But they failed again.

All this time, Taiwan has been watching. What they see is that an ‘authoritarian ethnic Chinese nationalism’ under Xi Jinping has developed so robustly that it not only erodes Macau and Hong Kong’s autonomy but it’s going to take a toll on Taiwan. Indeed, in January 2019 Xi Jinping formally endorsed a Taiwan model of ‘one country, two systems’. Although it lacks specifics, the implication is clear: Taiwan is a local government like Hong Kong and Macau, to be controlled by the Chinese Communist Party (CCP) central state.

Xi’s declaration thus sabotages the Kuomintang’s (KMT) definition of the ‘1992 Consensus’ of ‘one China, different interpretations’ (PRC vs. ROC) and confirms the Democratic Progressive Party (DPP) claim that there was never a consensus. The CCP’s belief has always been that there is only one China, and that is the PRC. There is no ambiguity now.

The KMT’s effort on behalf of a positive relationship across the Taiwan Strait has lost support, since most people in Taiwan, especially young people, don’t trust the CCP

The 2020 presidential election in Taiwan thus became an existential struggle. To vote for the KMT would mean that Taiwan would become like Hong Kong and Macau even though the KMT candidate Han Kuo-yu explicitly rejected the ‘one country, two systems’ formula. The KMT’s effort on behalf of a positive relationship across the Taiwan Strait has lost support, since most people in Taiwan, especially young people, don’t trust the CCP. That distaste extends to the KMT and led to DPP’s victory in January.

I had the opportunity to talk with scholars and ask politicians like Lee Teng-hui (on the occasion of a visit to him by conference participants) about the possibility of an association between Taiwan and mainland China based on its common culture and interlocked history. But many maintained that it was not necessary. They’d rather be left alone than have to deal with an authoritarian or dictatorial China. They have had enough.

But is it? For now such an association does look difficult. Xi Jinping is not budging from his nationalism; neither is Tsai Ing-wen from hers. In the near future, Xi will probably continue to punish Taiwan economically (e.g., restricting mainland Chinese tourism in Taiwan) and politically (e.g., opposing Taiwan’s membership in the WHO and taking away the countries that have formal diplomatic relations with it), hoping that it would make Taiwan give up its resistance and consider a Taiwan model of ‘one country, two systems’. That probably won’t work, as we can see from the result of the 2020 presidential election. The people have spoken. Once they have tasted democracy, it’s unlikely they will return to authoritarianism.

Will Xi’s CCP change its ‘authoritarian ethnic Chinese nationalism’, then? It may not in the near future. From what the CCP does to the Uyghurs and Tibetans as well as to people in Hong Kong and Taiwan, we don’t see it lessen its efforts at control. But the CCP’s arrogance towards these ethnic and ‘rebel’ areas as well as its suppression of dissent in mainland China have only incited more resistance among people in various parts of greater China.

What China does in the world has also triggered alarms. This includes its ambition for economic and political control over parts of the world through its ‘one belt, one road’ initiative (originally ominously called ‘strategic move’) and cultural expansion through Confucius Institutes and the Chinese embassies’ encouragement of Chinese students in influencing how and what higher education in the world teaches about China.

As a result, world democracies like the U.S. and Australia have taken various measures to mitigate the Chinese influence in the world, believing that China poses a threat to their democracy. The U.S.’s support for the Uyghurs, Tibetans, Taiwanese, and Hongkongers is also increasing. Meanwhile liberal-minded people in China are not giving up their fight for democracy despite heavy suppression of freedom of speech and serious consequences to their dissent, like detention and imprisonment of dissidents.

In the end, there will be either a serious clash among Chinese and Taiwanese nationalisms or a reconciliation among the three in the form of a federalist confederation, as I discussed above. Clearly, reconciliation is much less costly. We’ll have to wait and see whether the better angels of human nature will prevail and the conflicting sides will choose reconciliation above violent confrontation.

Zhidong Hao is Professor Emeritus at the Department of Sociology at University of Macau. He has published numerous articles on nationalism in mainland China, Taiwan and Hong Kong and is the author of the book Whither Taiwan and Mainland China: National Identity, the State and Intellectuals (Hong Kong University Press, 2010).

Why is China’s younger generation more pro-government than the previous generation?
One country, two identities: The divergence of national identities in Hong Kong