Nationalism, militarism and Chinese support for the use of force

Home /China, Military, Nationalism/Nationalism, militarism and Chinese support for the use of force 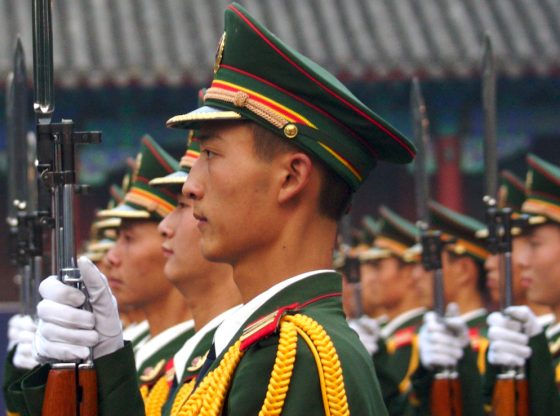 Chinese nationalism has long been viewed as a potential threat to regional peace and security. Since the 1990s, when the patriotic education campaign placed renewed focus on grievances over China’s past humiliation at the hands of foreign powers, the dominant nationalist narrative in China, often supported by the state, has been chauvinist and revisionist – combining a sense of superiority with an obsession with past grievances and a fragile sensitivity to new slights.

When this manifests in the form of public demonstrations and even violent attacks on foreign nationals or their property it can generate international concern. Anti-Japanese demonstrations have occurred intermittently and sometimes led to violence, while at times the United States has also been a target. Worryingly, Chinese nationalism has also been associated with violent clashes between individuals outside China, most recently in the form of disputes between students from Hong Kong and Mainland China on campuses around the world due to the Hong Kong protests starting in summer 2019.

These ugly scenes might be unpleasant for individuals or groups caught up in the events or even lead to some diplomatic tension, but to what extent is the kind of nationalist sentiment on display likely to push China down a path towards military conflict with other states?

There are a few different mechanisms by which Chinese nationalism could lead to international conflict, including the public demand for China’s leaders to take tough action in the face of a foreign challenge, the manufacturing of an external conflict to distract from a domestic crisis, or the possibility that individual leaders or groups within the Chinese Communist Party (CCP) could use support for aggressive policies as a weapon in internal Party power struggles (see Chubb, 2018 for a useful summary).

Although there are differing views on the ability of the CCP to control nationalist sentiment when it spills over into large-scale protests, the relationship between nationalism and public support for a more aggressive foreign policy is often assumed rather than tested. Of course, many factors can influence public support for the use of force in international affairs. However, even when we look at nationalism as one potential factor we can see that more conceptual clarity is needed.

The international literature on support for the use of force has started to dig into this distinction between different forms of nationalist beliefs and the extent to which they are related to support for military interventions. Most of us understand that patriotic pride in one’s own country can exist separately from a nationalist or even xenophobic sense of superiority, but scholars have sought to further refine these distinctions by differentiating between nationalism as a sense of attachment to the nation, as a belief in the cultural boundaries of the national group, and as a chauvinistic belief in superiority over other nations. Each measure of nationalist belief could affect support for the use of military force in quite different ways.

Strength of nationalist feeling and attitudes supporting the use of force, which we would call militarism or hawkishness, may be related, but we need to be careful not to assume they are one and the same. If overall belief in the efficacy of Chinese military force remains low, for example, it is plausible that even high levels of nationalist anger might not put excessive pressure on the government. This is because while protesters might criticise the government’s weak response to territorial challenges they will at least view its restraint as understandable due to the perceived likelihood of China losing a conflict. If, however, a growth in Chinese militarism leads to increasing belief in the ability of the armed forces to solve China’s international problems, then excuses for a lack of military response in a crisis may become less convincing.

In our current research my colleagues and I seek to test these ideas by examining support for China’s use of force to resolve the Diaoyu/Senkaku Islands dispute with Japan not simply in terms of beliefs about national attachment and superiority but also in relation to beliefs about the efficacy and justification of the use of force in international relations more generally.

Our survey data, which examines the views of Chinese students rather than the general public, finds that there is overwhelming approval for the Chinese government sending military forces to secure control of the Islands. However, there are a number of factors at play here, including not just nationalism but also beliefs about whether or not China would actually win a military conflict, whether military power is viewed as an effective way to solve international disputes and our respondents’ views about the likeability of the Japanese government.

As our analysis progresses we will gain a better understanding of which kinds of nationalist beliefs translate into support for the use of force and which are more benign. In the meantime, while we should be on the lookout for chauvinistic expressions of nationalism that emphasise Chinese superiority, we should also be careful not to overlook the constant flow of images in state messaging and popular culture that valorise China’s military capabilities and be mindful of their possible effect on public attitudes to the use of force as an answer to China’s international problems.

The long read: Is cyber-nationalism on the rise in China?
Chinese nationalism and Western anxiety in the late nineteenth and early twentieth century