How to think of social media activism in Cambodia 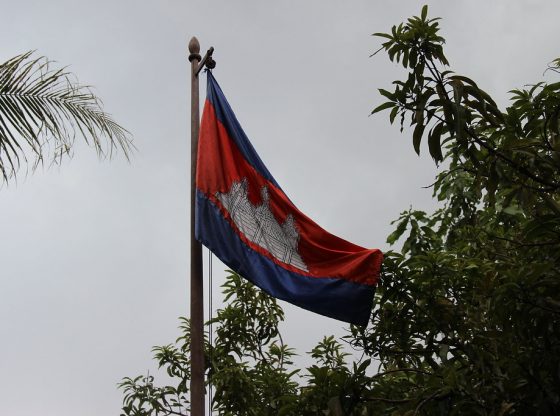 In Cambodia, Facebook is social media. When it swept across Cambodia by the late 2000s, few analysts anticipated the social and political implications that would follow. It was then primarily a tool to keep in touch with friends beyond the usual meet-ups. However, as the network has expanded and new features have been added, the ways people use the tool has multiplied and the time they spent on it has lengthened. Over time, ‘Facebooking’ has become a pattern of public life that merits close scrutiny in order to better understand it.

Essential to this transformation is the exponential growth of information that keeps people on the screen. Diverse forms of information are now at users’ fingertips. Data, news, and opinions are no longer the exclusive products of experts. Literally everyone with a smart phone and basic digital competence can take to the new public sphere to create stories or express dissent. The more successful individuals in this regard have garnered a large number of followers and become social media influencers.

With this mode of information production, Facebook has recently unseated television and radio as the primary news sources with important implications. It allows media critical of the government such as U.S. funded Voice of America and Radio Free Asia to reach out to wider young audience. Data from social media analytic site Socialbakers show that the Voice of America and Radio Free Asia are the second and third most followed Facebook pages in Cambodia. The Cambodia Daily, which ceased operations over a tax dispute with the Government, has found refuge on Facebook producing original contents in the form of interviews with political commentators. Long deprived of mass media outlets, opposition parties can advance their political agenda and civil society organisations can disseminate incidents of human rights violations and promote civic activism.

The democratisation of information enables people to form new, critical ideas and share them with others. Ideas or stories that speak to the broader community eventually do the rounds and draw widespread attention, including from the Government. These are often issues that people believe cannot be effectively dealt with by existing accountability mechanisms and thus require alternative solutions. A quick review of the history of Facebooking brings up numerous accounts of policy concessions, government actions, and behavioural change courtesy of naming and shaming, evocative appeals, and online complaints. This has been made possible by an ecology of mostly young, forward-thinking, politically latent individuals, social media influencers, and a government that has been reeled from the now dissolved Cambodia National Rescue Party’s electoral gains in the 2013 elections, who had Facebook as a secret weapon in their election campaigns.

Having realised its political significance, government leaders, most significantly Prime Minister Hun Sen, have established a presence on Facebook. Launched in 2015, the Prime Minister’s page is the most liked Facebook page in Cambodia and one of the most liked in the world among world leaders, behind only India’s Prime Minister Narenda Modi and US President Donald Trump. But none have taken the platform as seriously to obtain and address public grievances. In Prime Minister Hun Sen’s own words, the page is designed to “learn about citizens’ livelihood,” “give opportunities to citizens to get closer to me,” “address social issues,” and “improve efficiency of [public] services.”

How should we make sense of this novel form of political participation and its impact? I argue that political activism as it transpires on Facebook can be conceived of as a form of everyday politics. It is constituted by petty mundane acts practiced by ordinary people mainly discursively. These individuals, neither activists nor passive citizens, express opinions on a variety of socio-political issues that directly and indirectly affect their daily livelihood. Yet in doing so, they do not aim deliberately at revolutionary change.

In sharp contrast to orthodox tactics of political change which champion “an embrace not only of conventional politics but of its most hyperactive and brutal elements,” such leniency demands patience and the willingness to make do with incremental change. Political anthropologists contend that the massive aggregation of petty acts can potentially lead to unexpected outcomes in the long run just as James C. Scott likens the process to the formation of coral reefs that can wreck of the ship of state.

With rising sophistication in the access to and maintenance of political power, the caveat is that the ship of state may be able to sail through the reefs unscathed. Although spontaneous comments from thousands of Facebook users when Prime Minister Hun Sen was spotted riding a motorbike helmet-less in a live stream may have seen him incur a traffic fine, leading him to write that even his premiership cannot prevent legal consequences, it would be naïve to expect the kind of reform momentum that facilitates an improvement to the country’s poor standing in the World Justice Project’s Rule of Law Index. Proponents of everyday politics will have to see the mere act of a government leader making the move to pay a traffic fine a positive change in itself.

Despite recent challenges of rising prevalence of fake news and partial net freedom, social media will remain a significant channel of political participation for Cambodia’s young population. Viral public complaints on Facebook will continue to yield fluid responsiveness from a government keen to capture societal signals. Such endeavour will only become more pressing when the efficacy of multiparty elections in revealing citizens’ political preferences has been dampened because of the absence of an opposition party capable of challenging the ruling party.

Mun Vong is a doctoral student at the School of Government and International Relations, Griffith University. His research interests include authoritarian politics, democratisation, state-building, Southeast Asian politics, and politics of social media.

The new nationalism of Xi’s new era
Cards on the table: Duterte’s power aces and policy bets for Philippine security