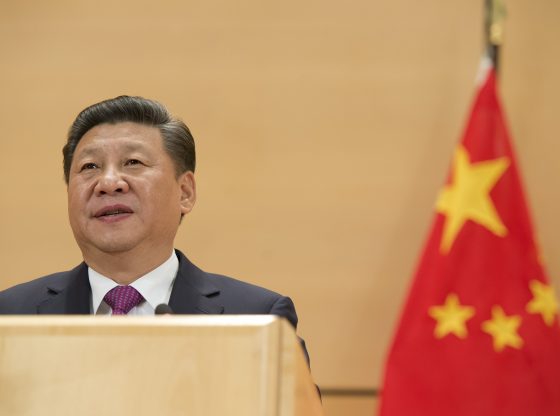 No one will ever accuse me of being an optimist with regards to China’s political system. For at least a decade and a half, I have come to expect the worst. Yet, if anyone had told me eight years ago about some of the trends that we are seeing today under Xi Jinping, I would have thought that these predictions were far too dark. Man-made islands serving as military bases for expansionism in the South China Sea, the end of political reform and the rapid erosion of rule of law in Hong Kong, continually escalating threats against Taiwan, global interference operations, and the arbitrary imprisonment of millions in concentration camps in Xinjiang: the sheer senseless horror of these developments go far beyond even my most pessimistic predictions. How did even pessimists like myself not see these developments coming? And how can we now begin to understand them?

Since the early 2000s, an increasingly rich academic literature has emerged on the relationship between state and popular nationalism in China. Peter Gries’ China’s New Nationalism (University of California Press, 2004) first posed the question of whether the state’s top-down deployment of nationalism might spiral out of control, even leading bottom-up popular opinion to pressure the CCP to make rash moves on the global stage. Jessica Chen Weiss’ Powerful Patriots (Oxford University Press, 2014) examines the ways in which the Party-state’s response to and management of nationalist protests (e.g. allowing or shutting down) signals its intentions in various diplomatic disputes. And James Reilly’s Strong Society, Smart State (Columbia University Press, 2012) argues that public opinion can have an impact on Chinese foreign policy, but that the Chinese Communist Party has also built a flexible regime able to respond effectively to contentious situations as they emerge.

Nationalism is scary enough when it circulates among a considerable section of the populace as an ideology promoted by an authoritarian state; it is far more scary when this same authoritarian state falls into the trap of this ideology and deploys its state apparatus in its service

Nationalism in these studies is a largely top-down narrative that ruling elites deploy to deflect blame and exercise control over the populace, or a bottom-up phenomenon that these same elites in turn manage. The questions posed in these research projects reflect the historical era in which they emerged (the 1990s and 2000s), characterized by China’s ideological recovery from the conflicts of 1989, the country’s much-discussed rise on the global stage, and the emergence of online culture serving as a megaphone for the perverse lessons of patriotic education. Yet a common albeit unspoken assumption underlying these analyses, also undoubtedly a product of this era, envisions Party elites as elevated comfortably above nationalism as its managers: nationalism is an ideology that the ruling party deploys from the top-down and then something that the ruling party will in turn need to pragmatically manage in its potentially more virulent bottom-up form.

New eras bring with them new opportunities, but also new challenges, and Xi’s new era is no exception in this regard: watching developments since 2013, even the most optimistic among us can no longer have any hope of the Party-state serving as a pragmatic, progressive, or even potentially healthy force in society under Xi. Like Maoism before it, nationalism in China today is a core ideology not only in the sense of a ruse by the ruling class, but also in the sense of a collective misunderstanding of the world that nevertheless provide its believers, including its assumed managers, with the mistaken illusion of complete understanding. What is becoming increasingly apparent in the Xi era is that the general populace is not alone in its susceptibility to such belief: the same elites who fostered and who were to manage these ideologies can also in turn be managed by them.

Back when one could still hold out hope that Xi Jinping’s experiences in Iowa in the 1980s might make him the great reformer who would transform China’s political system (again, another fantasy of smooth elite management), a video of Xi’s impromptu comments in Mexico in 2009 provided a more honest glance at his thinking: ‘Some foreigners with full bellies and nothing better to do engage in finger-pointing at us. First, China does not export revolution; second, it does not export famine and poverty; and third, it does not mess around with you. So, what else is there to say?’ These are not the words of a moderating force. These are the words of a leader who truly believes that China has a unique national condition that the Party must resolutely defend, and that anyone who criticizes the Party in its defense of this national uniqueness does not understand either. A decade after Xi’s speech, we can see its brazen, unreflective confidence in practice in hardline policies in Hong Kong, escalating threats against Taiwan, mass detentions in Xinjiang, and political interference operations the world over.

Xenophobic-cum-essentializing nationalism is scary enough when it circulates among a considerable section of the populace as an ideology promoted by an authoritarian state; it is far more scary when this same authoritarian state falls into the trap of this ideology and deploys its state apparatus in its service. A concrete example from my own research captures this distinction: while conducting research with Han popular nationalists in 2010 and 2011, when an activist told me that ungrateful minorities should be killed en masse, I was naturally shocked, yet I could also take comfort in the fact that it seemed highly unlikely that this would become state policy. Today, in an era in which millions are held indefinitely in concentration camps as state policy due solely to their ethnicity, no such reassurance can be found.

Thus, while the Hu-Wen era raised thought-provoking questions about the Party-state’s ability to manage an upsurge of nationalist sentiment, the Xi era raises a whole new set of far more disturbing questions in the study of Chinese nationalism: what are the implications of surging state nationalism not only for international relations but also for domestic politics? How will those who do not correspond to the Han-centric ideals of the state, including ethnic minorities and ‘foreigners,’ fare in this new era? Are there any moderating forces still able to operate in Chinese society today that do not claim legitimacy via a brusque authoritarian nationalism? If not, what will this mean for China’s domestic politics and its relationship with the world?

Kevin Carrico is a Senior Lecturer in Chinese Studies at Monash University, Australia. He is the author of The Great Han: Race, Nationalism, and Tradition in China Today (University of California Press, 2017) and is currently completing his next manuscript, Two Systems, Two Countries: A Nationalist Guide to Hong Kong (forthcoming).

Dispelling the monolith: The geopolitics of language in Taiwan and Hong Kong
How to think of social media activism in Cambodia