How far will India go with its social agenda in 2020? 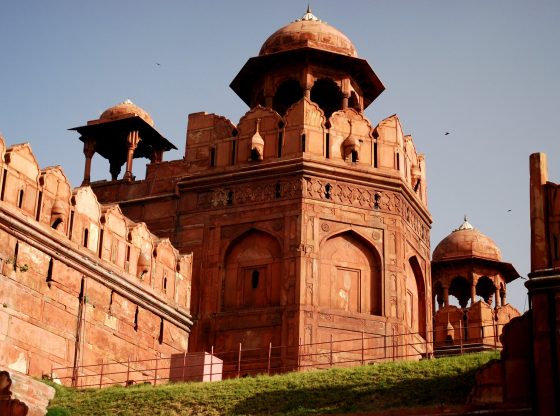 When one visits New Delhi these days, it is often easy to forget about all the recent commentaries highlighting the troubling trends in Indian domestic politics.

Make no mistake, Narendra Modi’s government is aggressively carrying out a policy of Hindu nationalism. It is meant to elevate the status of India’s Hindu majority, and it is being implemented against the backdrop of an increasingly intolerant political and social environment that is unkind to government critics. These developments have given rise to fears that a country which has so emphatically branded itself as the world’s largest democracy is pursuing an undemocratic path.

However, during a trip to the Indian capital early in February 2020, the city wasn’t exactly wearing all this on its sleeve.

New Delhi was bustling at its usual lively pace. The tuk-tuk (auto-rickshaw) drivers were their usual tough-to-barter-with selves. The Lodhi Gardens were as serene as ever. The major media headlines focused on the release of the government’s new budget and the government’s evacuation of Indian nationals from Wuhan to escape the corona virus. There was also much speculation about Donald Trump and whether he would be coming to India in late February as rumoured (the visit was subsequently confirmed by the White House).

And yet, beneath the veneer of normality, there were worrisome indications of the direction that India could be headed in over the course of 2020 and beyond.

Consider, for example, the ugly rhetoric from leaders of the ruling Bharatiya Janata Party (BJP) contesting the New Delhi state election, who railed against those protesting against India’s new Citizenship Amendment Act (CAA) during the final days of the campaign. Critics label the CAA as discriminatory because it offers a fast-track path to Indian citizenship for people from Afghanistan, Bangladesh and Pakistan representing many different religions – but not Islam.

Anti-CAA protests have been largely non-violent. In the southern New Delhi neighbourhood of Shaheen Bagh, women comprise the majority of the protestors. Demonstrators have been heard singing India’s national anthem, and yet BJP politicians have branded them as Pakistan supporters and accused them of supporting terrorists in Kashmir.

Just before I arrived in New Delhi, a gun-wielding man had opened fire on people protesting against the CAA outside a downtown university and shot one person in the hand. The government, in keeping with its deafening silence about acts of violence against peaceful dissenters, said little. Later, while I was meeting with a group of journalists on my first day in New Delhi, someone called from the newsroom to report that a gunman had fired shots in the air at Shaheen Bagh. It was more troubling news, but also oddly unsurprising. It was almost a predictable development, given India’s highly charged and increasingly volatile political scene.

In my conversations with Indians about these matters, some were worried and some just shrugged everything off. Others sought to justify the government’s moves. I had a long conversation at a dinner party with a retired military officer who claimed that the citizenship law was meant to be a form of reverse affirmative action – an effort to push back against what my interlocutor regarded as the disproportionate number of benefits provided to Indian Muslims over the last few decades.

One of my main questions during my visit was how far the Modi government might go with its social agenda. After the repeal of Article 370 and the citizenship law, what’s next?

One may argue that New Delhi could halt its campaign if it ever calculates that the political and economic costs have become prohibitively high. The CAA has caused large anti-government protests around the country. If these intensify and lead to violent and sustained state crackdowns, the BJP’s electoral fortunes – despite Modi’s continued popularity – could suffer, and much-needed foreign investors could be scared away.

For now, however, ideological and political factors give New Delhi little incentive to apply the brakes to its Hindu nationalist strategy. For years, the BJP has vowed to carry out the agenda that it is now aggressively implementing, and with the government struggling to fix a slowing economy, it provides a welcome distraction.

Indeed, New Delhi appears to have no intention of scaling back. In early February 2020, the government announced the establishment of a new trust that will oversee the construction of a Hindu temple on the site of a sixteenth-century mosque destroyed by a Hindu mob in 1992. It also intends to roll out across India the controversial National Register of Citizens (NRC) – a measure initially introduced in the state of Assam that requires people to provide documents proving they have been resident in India since 1971 in order to qualify as citizens.

And then there is the question of India moving to ‘reclaim’ Azad Jammu and Kashmir (AJK), Pakistan-administered Kashmir. Indian officials have long vowed to take back this region that they claim as their own, and this rhetoric has intensified since the BJP was re-elected last year. Even External Affairs Minister S. Jaishankar – a distinguished diplomat who wouldn’t be mistaken for a hardliner – has repeated this threat.

I spoke to several Indian analysts who warned that the Modi government could make a play for AJK sometime during its current term; New Delhi has become significantly emboldened by the fact that most countries in the world have given India a free pass for its recent actions – aside from a few critical statements and parliamentary resolutions. One scenario could be an Indian attempt to seize a small expanse of territory across the Line of Control in AJK in retaliation for a provocation – such as a mass-casualty attack on the security forces in Indian Kashmir – that New Delhi would blame on Pakistan.

Encouragingly, the Modi government has made some conciliatory noises recently. On 13 February, one of its most prominent hardliners, Interior Minister Amit Shah, said that he is willing to have a dialogue with protestors. He also condemned the ugly rhetoric being used by his party on the New Delhi state election campaign trail.

Time will tell if Shah’s comments represent genuine sentiment, or whether they are merely intended as a sop to political opponents and international critics increasingly concerned by the divisive and discriminatory social agenda being implemented by Shah and his government.

Michael Kugelman is the Asia Programme deputy director and senior associate for South Asia at the Woodrow Wilson International Center for Scholars in Washington, DC.  He tweets  @MichaelKugelman.

The US-China trade war: Will there be a Phase Two?
India’s slide towards stagflation