The US-China trade war: Will there be a Phase Two? 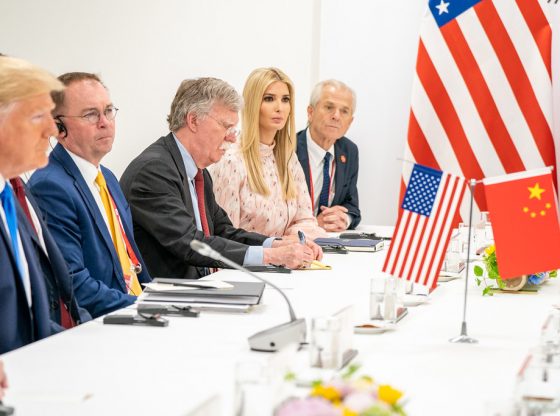 Shortly before the coronavirus became global news, the United States and China declared a truce in their trade war. Although early skirmishes over steel tariffs broke out early in the Trump presidency, the trade war only really started in earnest in June 2019. That’s when the United States levied its first broad-based tariffs on Chinese imports. Just six months later, the armistice was announced.

The details of the ‘Phase One’ trade deal between the United States and China make interesting reading – for those who enjoy that sort of thing. Donald Trump got what he wanted most: a purchase order for American exports that he can take out and wave in the air throughout the 2020 election campaign. It is highly unlikely that China will actually be able to buy all the American stuff they have committed to purchasing, but that’s an issue for after the election. For now, the paper promise will do.

And Xi Jinping got what he needed most: a respite. As Ryan Manuel recently explained in East Asia Forum, these are ‘difficult times for China’s political elite’. The economy is in trouble, Hong Kong is in turmoil, and the world has been shocked by the stories percolating out from China’s Uyghur concentration camps. As if that weren’t enough, the entire country has been locked down to slow the spread of the deadly coronavirus.

Without a Phase Two agreement, most of America’s tariffs on Chinese goods will remain in place

Anyone splitting hairs to argue which side ‘won’ should just read the text. The imperative ‘China shall’ appears 105 times, often attached to systemic reforms or the expensive purchase of American goods. By contrast, ‘the United States shall’ … ‘endeavour, as appropriate, to strengthen communication and cooperation with China’, ‘provide to China any updates to the list’ of its available exports’, and ‘ensure to take appropriate steps to facilitate the availability of US goods and services to be purchased and imported into China’.

Will there ever be a final peace, or even a ‘Phase Two’ agreement? Don’t bet on it. China is almost certain to renege on Phase One, both because the purchasing targets are unrealistically large and because the reform commitments are unrealistically demanding. And with the coronavirus epidemic rapidly spiralling out of control, China has already raised the possibility that it might invoke the clause allowing a delay in implementation in case of ‘a natural disaster or other unforeseeable event outside the control of the parties’.

On the goods side, it is more than a little ironic that countries like Australia which have long sought to blame their economic woes on the trade war are now alarmed by the trade truce: if China’s state-owned enterprises really do shift decisively toward US suppliers, the rest of the world must, on balance, suffer. But it strains credulity to argue both sides of this coin at the same time.

On the reform side, it is hard to believe that China will actually establish a new ‘nationwide system for pharmaceutical products’ as agreed in the deal, or that it will shift the ‘burden of proof’ in industrial espionage cases onto the accused, or revoke Alibaba’s operating licence if counterfeit goods are sold on the site, or stop making technology transfer a condition of American investment in China. China will not give American financial services firms unfettered access to the Chinese market, as it promised to do when it joined the WTO in 2001. And China will certainly not ‘achieve and maintain a market-determined exchange rate regime’ anytime in the near future.

Yet without such reforms, there can never be a ‘Phase Two’ agreement, since for the United States, any follow-up to the current agreement would be predicated on having a ‘normalised’ Chinese partner to negotiate with. For example, there’s no point negotiating a convention for technology transfer if China is still illegally requiring technology transfer as the price of access to the Chinese market.

Without a Phase Two agreement, most of America’s tariffs on Chinese goods will remain in place. They could remain in place indefinitely. Chinese (and third-party) hopes that a change of administration after the 2020 election could spell an end to the trade war are grossly misplaced. The senior Democrat in the US Senate, minority leader Chuck Schumer, said that Trump ‘has sold out for a temporary and unreliable promise from China’ in the Phase One deal. And the Democratic National Committee called the deal ‘a stunning betrayal of the American workers, farmers, and manufacturers’.

If the Democrats win in 2020, they may reverse course on the Paris climate accords. But they won’t rescind Trump’s extraordinary tariffs on China, despite questions about their legality. Meanwhile, China does not have the capacity even to implement its Phase One commitments. So it looks like the trade war may turn into a cold war. That’s the only outcome that suits all of the combatants. Neutral third parties will just have to look out for themselves.

Salvatore Babones is an Adjunct Scholar at the Centre for Independent Studies and an Associate Professor at the University of Sydney.

Cards on the table: Duterte’s power aces and policy bets for Philippine security
How far will India go with its social agenda in 2020?