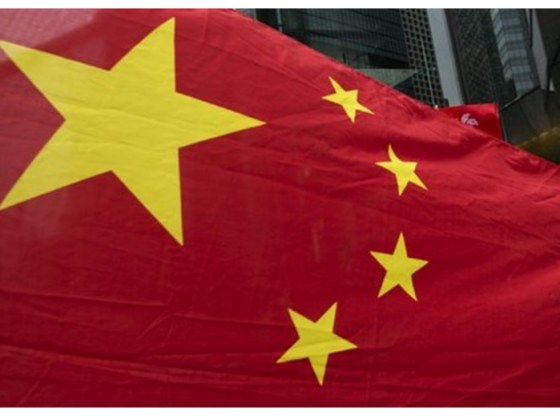 The terms most commonly associated with China’s Belt and Road Initiative (BRI) are always doused in splendour, ranging from ‘China’s Marshall Plan’ to ‘grand connectivity initiatives’. While the BRI has been portrayed as a means to usher in myriad forms of ‘win-win’ cooperation and mutual benefits, the fact remains that what drives the initiative is the desire to resolve several problems that currently plaguing the Chinese economy.

Analyses of the potential gains for China through the BRI indicate that it could produce greater diplomatic clout, access to more markets, and an easing of the problem of oversupply which affects some of the most important industries in the Chinese economy. Six years after the first announcement of the BRI it is now pertinent to assess whether the initiative has been able to fulfil expectations in terms of addressing China’s economic woes.

China’s promises to provide trillions of dollars of infrastructure projects have not materialised, and excess capacity still remains a problem

The BRI is an ambitious public-private initiative planned to redirect excess domestic capacity and capital towards infrastructure development across various countries whilst simultaneously improving China’s relations with its partner countries. In order to achieve the lofty goals of infrastructural connectivity, Chinese companies are expected to invest in energy, infrastructure and key industries in BRI countries. In terms of ownership, state-owned enterprises (SOEs) play a leading role in China. Therefore, the companies that have been investing in BRI countries have been predominantly SOEs, which have a clientelist relationship with the Chinese government.

The logic behind the state ownership of companies in strategically important industries which would be investing in BRI countries is a simple one: state ownership facilitates government control and takes away the power from the enterprises to decide whether a particular investment is a profit-making one or not. Such enterprises more often than not come under pressure to make economic decisions that reflect Beijing’s larger socio-political and economic objectives. Beijing exerts regulatory and political influence over SOEs through shareholder control as well as personnel appointments.

The question that then arises is: where does that leave the SOEs? Many of the developing countries along the route of the BRI are economically weak and politically unstable. According to research undertaken by Xiojun Li and Ka Zeng in May 2019 for the Washington Post, both SOEs and private firms identify the poor and unfamiliar investment environment and political risks in host countries as their biggest challenges.

Capital infusion alone cannot ensure stability or provide the guarantees which are essential to seeing the projects through to their fruitful completion; nor can capital guarantee that China’s BRI counterparts will keep to their side of the bargain. To date, more than 90 per cent of China’s investments have been made through SOEs, and because these enterprises enjoy state financial support, there has been little incentive for them to assess costs, benefits and risks carefully.

Research from the National Development and Reform Commission (NDRC) reveals the waste and inefficiencies that have resulted from the de facto subsidies given by the government to the SOEs. Far from providing a benchmark, such credit-based supply-driven projects have only continued to encourage a lack of accountability in addition to immensely distorting the Chinese economy.

In the case of loan defaults or BRI partners being unable to keep their part of the bargain due to political reasons, there is a high probability of further credit infusion into the SOEs. However, this will only delay the shift to a more balanced economic growth model in place of an export-oriented economy, a reliance on which – along with the shrinking of foreign markets post-2008 – led to the problems of oversupply (among the many other problems that ail the Chinese economy) in the first place.

Touted as the Chinese Marshall Plan, the BRI was all about keeping Chinese industry and production robust via roundabout subsidies to SOEs. It was also about sustaining employment levels and keeping GDP figures high by finding outlets for China’s excess capacity. However, the fact remains that China’s promises to provide trillions of dollars of infrastructure projects have not materialised, and excess capacity still remains a problem, six years since the unveiling of the BRI.

Estimates for China’s BRI-related spending range as high as US$8 trillion. And yet a closer look reveals that not even US$1 trillion of infrastructure creation beyond China’s borders has been achieved yet. Beijing’s growing wariness of funnelling additional government funds into the initiative because of the ongoing trade dispute with the US and its own declining foreign exchange reserves may further exacerbate the challenges. In such a scenario, we need to ask what will happen to the SOEs which are planning to or have already invested in the BRI countries.

In the steel sector alone, as revealed by statistics from Caixin, China’s steel production rose 8.1 per cent in 2018 to a record 928 million tons, despite the industry’s plans to shed excess capacity. In the cement sector, China has the greatest excess capacity with 895 million tons, representing 45 per cent of global overcapacity. Expectations of BRI being a solution to overcapacity have yet to be realised.

Low levels of enthusiasm from the private sector are another problem. Experience from large-scale cross-border infrastructure projects elsewhere in the world shows that private sector involvement is important but cannot be taken for granted. A research study undertaken by Achim Czerny for the South China Morning Post in 2017 analyses the case of the Trans European Transport Network, the plans for which were formally recognised in the Maastricht Treaty in 1992 and included 30 priority projects. The completion of these projects is planned for 2020. Czerny’s research demonstrates that private sector involvement has been very low to date, as a result of which only 3 of the 30 projects had been completed by the end of 2003.

As shown by the European example, support for private companies will need institutional arrangements as well as loan guarantees. However, as already stated, with regard to the BRI such safety nets already exist for Chinese SOEs; consequently, there is less of an incentive for them to innovate, given their clientelist relationship with the government.

An article published by Amir Guluzade, for the World Economic Forum in 2019 states that even though China is home to 109 corporations listed on the Fortune Global 500, only 15 per cent of these are privately owned. China’s SOEs are enormously cumbersome affairs and therefore lack flexibility when responding to market demand. Although China has undertaken several rounds of reforms to SOEs, with the latest one carried out in 2019, the creation of a more level playing field for private enterprises remains a faraway dream. This is true even in the case of BRI investment.

Therefore, as far as direct economic gains from the BRI are concerned, the benefits are both too short-sighted with regard to offloading excess capacity and too long-term and complicated in terms of investment returns.

Dr Sriparna Pathak is an Assistant Professor at the Jindal School of International Affairs, O.P. Jindal Global University, Sonipat, Haryana. She can be reached at sriparnapathak@gmail.com or @Sriparnapathak on Twitter.

India’s slide towards stagflation
How not to study Indian literature: Against chauvinism