How not to study Indian literature: Against chauvinism 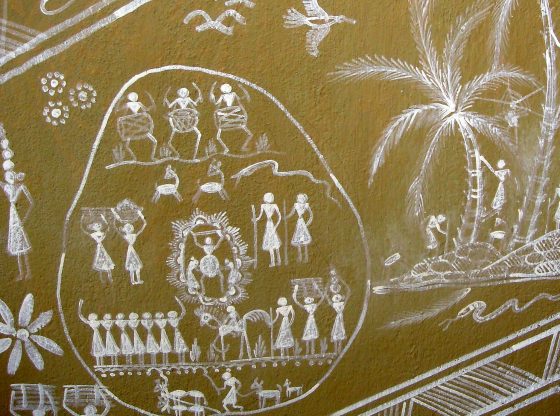 Let me be blunt: there is an urgent need for scholars of South Asia to go beyond literary and cultural chauvinism. If we are to do justice to the rich traditions of our bhasha (indigenous language) literatures in particular, then as critics and scholars we need to understand that chauvinism is an ideology that is not just distasteful but also intellectually debilitating – and that its current form can be traced back to colonial times. We need to combat chauvinism’s influence on our ideas about literature and culture, and ultimately on how we teach future generations about their significance.

The primary reason why the study of Indian vernacular traditions – our bhasha literatures – is in crisis is not the undue prominence of English; it is mainly because we students of literature have an inadequate sense of how the bhasha traditions have historically been interdependent and cannot be studied in isolation, with the primary emphasis on regional, intra-linguistic literary histories.

While the Sahitya Akademi’s support for the study of the different bhasha traditions may have been valuable initially after the Akademi’s founding in 1954, what we now urgently need is more in-depth comparative study, perhaps by suspending for a while our reliance on regional literary histories. Insularity breeds not just smug ignorance but also intolerance, and a more open-minded and progressive study of our intertwined cultural histories can help shape an alternative vision of our future.

It isn’t hard to identify the source of our current insular and chauvinistic critical model. Its core ideas about literature – and about hierarchically organised dialects and even languages – were developed in the inter-imperial cultural environment of nineteenth-century Europe, where a form of overt national chauvinism shaped the study of national literary traditions. In other words, the imperial European nations weaponised literature to compete with other imperial nations.

This becomes clear when we consider how ‘comparative literature’ originated as a project: in at least one prominent manifestation it arose not in one of the imperial capitals, but in the backwaters of Europe in Transylvania. Furthermore – initially at least – the new discipline of Comparative Literature in Europe was conceived primarily as a critique of literary jingoism, its rise signalling a reaction against the blinkered vision produced by exclusively national literary studies. Hugo Meltzl, founder of the first journal of comparative literature in the 1870s, talks about the need for a journal like his to counter the cultural tendency of every nation to ‘consider itself … superior to all other nations’. He calls this tendency the ‘national principle’, and it was popular in nineteenth-century literary studies in Europe.

Such a language-based chauvinism likewise developed in some parts of colonial India as an uncritical imitation of the European model, and literary traditions were weaponised in pretty much the same way to argue for the cultural superiority of one linguistic group over another. The claim of superiority points to a related phenomenon: in the nineteenth century, several regional languages were newly re-organised around an artificial internal hierarchy among their various dialects, with some dialects deliberately Sanskritised, purged of (racially?) inferior diction, and placed at the top of the list as the natural language for literary production.

This hierarchy was obviously caste-based, and the cultural and caste chauvinism that derived from it will continue to dominate literary studies as the default model into the future unless the toxic ideology behind it is revealed and analysed – in exactly the same way that, say, ‘Frenchness’, ‘Englishness’ and ‘whiteness’ have been analysed by historians and critics. The benign pluralist model of the Sahitya Akademi (which hopes that a hundred literary traditions will bloom) is not enough; what we need at this moment are fewer insular literary histories and more consciously planned cross-regional comparative accounts of such elements as themes, motifs and genres. These are the elements that wove together India’s literary tradition (both oral and written) in the past, and they provide the best guide to our common heritage. We need to learn how to do justice to this heritage.

It is humbling for us to realise that bilingualism and cross-linguistic dialogue were reasonably common phenomena very early on in India. Here let me give just one instance out of many. The Bichitra Ramayana, which is the first mahakavya (epic poem) of Odia literature composed in the early decades of the fifteenth century, is a fascinating version of the Ramayana, a subaltern text of sorts, which has Sita at its narrative core. Sachidananda Mishra, who is the foremost authority on this text, points out in his introduction that as early as the seventeenth century there was a Telugu translation of it, and that since then there have been four more such translations.

The connections between the literary cultures of northern Andhra and southern Odisha are well known, but to discover that there were five translations of the Bichitra Ramayana into Telugu is to realise how vibrant the bilingual culture was along the borders of modern-day Andhra and Odisha, a culture that did not depend on grants from Delhi via the national Sahitya Akademi. These translations were made because there was a reading community interested in such texts, a community that did not see linguistic boundaries as particularly significant, or at least not as an obstacle to the give-and-take of the literary and cultural conversation.

The point I am making about chauvinism and the blinkers it imposes on us is not new, but nor has it been properly taken up and examined. The visionary writer Girish Karnad highlighted the dangers of chauvinism in his review of an English-language anthology of ‘Indian literature’, one that was put together by the well-known Anglophone writer Amit Chaudhuri. Karnad’s comment is direct and sharply worded and worth quoting in some detail:

[I]t would be unrealistic to expect every Indian literature to be represented within the confines of a single volume. Omissions are inevitable, but, I fear, one is less than persuaded by the reasons offered by Chaudhuri for his.

‘This is not a representative anthology’, [Chaudhuri] tells us, ‘there is nothing, for instance, from Assamese, Gujarati, Marathi and Punjabi… This is so partly because I couldn’t find enough translations of quality in these languages from which to make a selection, and partly because there wasn’t enough space…’

This book has 632 pages of the main text. Of these, 130 are devoted to Bengali, and 300 to English. It is hardly surprising then that there isn’t much space left for other languages… Can cramming six vernacular languages into a third of the book, while the remaining two-thirds is devoted to the two languages with which Chaudhuri is familiar, be [seen as a responsible editorial decision]? Is [Chaudhuri] being [n]aive? Insensitive? Or is he – a suspicion that becomes stronger as one goes along – merely justifying his laziness?

Does Karnad really believe that this ‘laziness’ is merely an individual failing? Or is there something more insidious behind the editor’s feigned innocence, something cultural for which we all share the blame since we almost never discuss these ‘omissions’ as openly as Karnad does in his review? (For a similar critique, see another of Karnad’s reviews, ‘Tagoraltry’*, in The Book Review.)

Let me end with a concrete suggestion, one that I proposed to U.R. Ananthamurthy, among others, when we were discussing the issue of our insular literary cultures at Cornell in the early 2000s. I proposed that at least for a while we should bypass the national Sahitya Akademi and organise cross-regional exchanges of literary critics and scholars in less formal ways, ones not mediated through New Delhi. However, I also argued that there should be one crucial condition: if a group of critics from, say, Odisha and another from Karnataka were to organise an exchange, let them go visit their neighbours not to teach them about their own bhasha tradition, but to become students and to learn about their neighbours’ literary and cultural world instead.

Even short visits of a couple of weeks organised in this manner can open up new ways of imagining comparative literary studies, especially if our goal during these visits is to explore commonalities and differences without a fixed initial idea of who ‘we’ and ‘they’ are. One consequence would be that we would be less obsessed with literary history as a weapon with which to wage chauvinist wars: ‘mine is older than yours!’  Instead, we will be more open to the range of ways in which our bhasha traditions are in fact woven together in our cultural history, and how we critics and scholars will need to retrace some of these patterns and make them legible and vivid again for future generations of literature students.

To do this would require, as I have suggested elsewhere, that we deliberately move away from single traditions and their ideologically-constructed histories to do what social scientists call ‘focused comparisons’, using common themes, significant similarities and differences as our analytical starting point. Let’s give our regional literary histories a rest – at least for a while. Let’s interpret texts and cultural histories in depth without the ideological support of narrow notions of who ‘we’ – as a linguistic or cultural community – are. Let’s focus on our intertwined cultures and our unequal internal cultures, shaped as they are (among other things) by caste and class, and use the study of literature to imagine a future culture that builds on the most vibrant elements of our literary past.

Note: Some of these ideas are a modified and expanded version of an interview that Professor Mohanty gave to Rashmi Dube Bhatnagar and Rajender Kaur.  The interview was originally published in South Asian Review and a condensed version of it appeared in Frontline. Prof Mohanty would like to thank Arjun Appadurai, Priyamvada Gopal, Chandra Talpade Mohanty, and S. Shankar for their helpful comments.