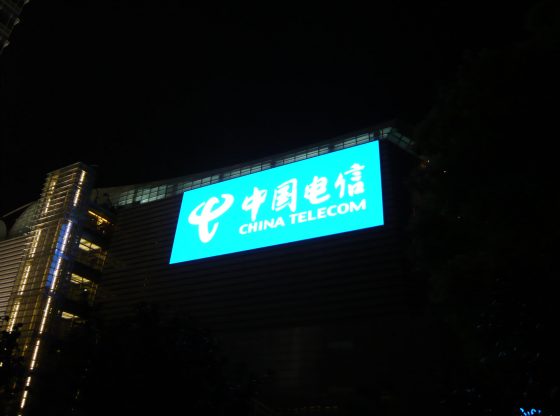 China’s runaway debt is very much a public sector issue, as the Institute of International Finance (IIF) sharply and correctly stressed in its August 2019 Global Debt Monitor. China’s debts are concentrated in non-financial corporations, with state-owned enterprises (SOEs) accounting for the lion’s share. As China’s total debt exceeded three times its GDP by Q2 2019, when the latest monitor was made public, non-financial corporate debt accounted for about half the amount, or one and half times China’s GDP. Using another measure of debt change from Q1 2009, non-financial firms accounted for USD 15.4 trillion of debt, compared to the USD 16.1 trillion owed by China’s households, the government and financial firms combined.

The IIF is not the first international body to warn against China’s growing levels of debt; nor is there a lack of studies on debt and SOEs. In fact, the International Monetary Fund (IMF) raised concerns repeatedly in 2017. And as far back as the 1980s, when the Hungarian economist Janos Kornai introduced soft budget constraints and used a theoretical model to explain the low efficiency of the public sector, his theory was widely recognised in China. Not only did Kornai visit China several times during the 1980s, but he was also invited to meet with high-level Chinese officials and scholars in 1985, when he reportedly delivered his message in person.

What the IIF charts do not tell us, however, is where these debts come from and how the government is dealing with them. The sharp increase in 2009 and the gradual and continued rise during 2013-17 were strongly associated with China’s economic downturn and renewed official efforts to boost growth. To rein in the explosion of debts, superficial measures were introduced, but without fundamentally challenging the legitimacy of SOEs. In fact, as the government becomes ever more ambitious on the global stage, SOEs are being counted on to carry out the government’s initiatives. Market-oriented reforms, on the other hand, have stagnated completely.

Since taking power at the turn of 2012/13, the administration of President Xi Jinping  and Premier Li Keqiang has adopted a much more aggressive approach, both domestically and globally. In particular, this assertiveness is being applied to China’s economy in an effort to keep it under control.

For example, hundreds of documents have been released in the name of SOE reform, while numerous measures and slogans have been coined. To cope with the changing economic dynamics at home and abroad, new initiatives have been introduced and policies adjusted along the way. Although the Xi-Li administration is recognised for its successful reforms in other areas, such as converting local government debt and curbing financial risks, SOE reforms are widely seen as having had limited success, if not failing completely.

The ever-expanding attempts to reform SOEs can be roughly grouped as follows. The earliest and most trumpeted policy was the so-called mixed-ownership reform, which was introduced in 2014 at a local level and in 2015 at the central level. Targeting private investment in the public sector, private firms were rewarded with some of the market access which was previously the privilege of SOEs. Very often, these large companies are pushed to toe the party line by officials, resulting in some high-profile cases, including the 2017 investments by Tencent and Alibaba in China Unicom, China’s second-largest mobile services provider.

To protect private interests in these investments, the government’s next step was to introduce new forms of corporate governance structures within SOEs, such as setting up boards of directors and boards of supervisors. Dubbed corporation reform, these measures are deemed to have merely scratched at the surface. This is because the appointment of high-level executives as well as decisions regarding remuneration and incentives are made by government agencies other than SOEs. These agencies include the Chinese Communist Party’s human resources department, the state human resources department, the state administration of SOEs, and agencies regulating industries, to name just a few.

Nevertheless, some progress has been made along these lines, as most SOEs have now been stripped of many of their social welfare functions. For example, hospitals and schools that were previously affiliated with SOEs have now been taken over by local officials, thus freeing SOEs from supporting them, at least financially.

Since late 2015, as part of China’s push to curb excess capacity, profitable SOEs have been ordered to take over loss-making companies in the same industries or along the value chain in order to help cut the latter’s capacity and absorb their labour and their debts.

Dubbed the merger and acquisitions (M&A) and reorganisation reform, Chinese officials celebrated each time the number of SOEs controlled directly by the central government shrank following a merger. By the end of 2019, only 95 of these so-called central SOEs remained, compared to 102 in 2016 and 115 in 2011. On the other hand, the newly merged SOEs have generally failed to integrate at a deep level, keeping their offices and operations as well as management structures separate.

Meanwhile, to curb their borrowing impulses, targets for debt reduction were imposed on SOEs collectively and individually in 2018. While the average level of SOE debt in 2020 should be 2 per cent lower than the 2017 level, a red line of 5 per cent above the industrial level has been set for individual SOEs. While this initiative should persuade SOEs to improve their efficiency in terms of financial resource allocation, it does not remove the underlying factors which compel SOEs to expand rather than improve their operations.

As Kornai famously pointed out, without hard budget constraints SOEs lack the incentive to improve efficiency and reduce costs. In China, SOEs tend to support government initiatives – be they economic, political or strategic – to justify their very existence and expand their territory. SOEs are conveniently deployed by the government to boost investments in economic downturns. To compete overseas, SOEs are merged to create national champions. To implement China’s ambitious Belt and Road initiative, construction and resource management SOEs are taking the lead in investing and building projects in Africa and Eurasia. Without the development of a market-oriented state, China may not be able to introduce market liberalising SOE reform.

The author of this piece has asked to remain anonymous.

How not to study Indian literature: Against chauvinism
Not quite in Asia: Australia’s relationship with Asian football