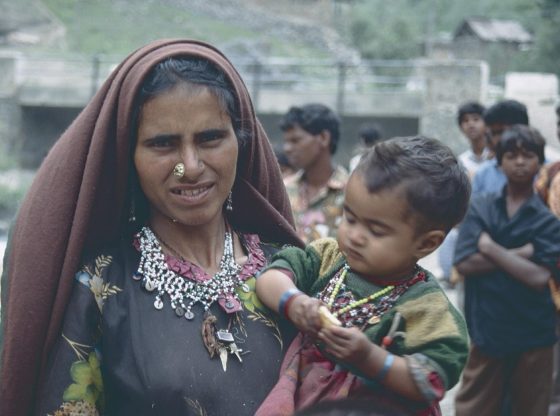 On the night of  23 February 1991, a battalion of the 4th Rajputana Rifles of the 68th Brigade of the Indian army conducted a cordon-and-search operation in the adjacent villages of Kunan and Poshpur in the Kopwoer region of northern Kashmir after having received ‘official clearance for the operation’. Once the army had cordoned off the two villages, all the men were rounded up and taken away to a field where they were abused and tortured in the cold until dawn. The women of the villages were gang-raped in the darkness of the night in their homes, regardless of their age and marital status. When the men returned, bruised and battered in the morning, they found the women raped.

The commission of inquiry set up by the Indian Army rejected the charges of mass rape as baseless and exaggerated, calling it ‘a massive hoax orchestrated by militant groups and their sympathisers and mentors in Kashmir and abroad … for reinscribing Kashmir on the international agenda as a human rights issue’. Kunan Poshpur is part of the seven-decades-long story of continual violence committed by the Indian state in Kashmir in the form of killings, torture, arbitrary detentions, enforced disappearances, mass blinding, rapes and mass graves against the Kashmiris’ demand for the right to self-determination.

In 2013, a group of fifty Kashmiri women filed a Public Interest Litigation (PIL) in the High Court of Jammu and Kashmir to re-investigate the Kunan Poshpur case, which was believed to have been closed as untraced – In March 2015, following hearings in which the Army referred to the case as ‘flogging a dead horse’ and ‘recorded rotten stereo sounds that play rape’, describing the women petitioners as suspicious and claiming that the victims were greedy for compensation, the Supreme Court of India put a stay on all proceedings.

Kunan Poshpur and other documented cases of rape and sexualised torture highlight the use of sexual violence as a weapon of war in Kashmir. These acts of bodily violence are not simply committed by individual soldiers; rather, they are backed by an entire state structure which seeks to subjugate and humiliate the Kashmiri community demanding Azadi (freedom) from a military occupation that has marked their lives in violent ways.

Close to three decades after the mass rape, while the Indian state continues its denial and refusal to investigate, Kashmiris continue to commemorate 23 February as Kashmiri Women’s Resistance Day as a challenge to the state-imposed erasure of history and memory. In response to the violent regulation of their lives, bodies and memories, Kashmiri women challenge the convenient labels of victimhood and agency used by the state to determine societal constraints and the state’s own attempts at empowerment, respectively.

As part of its warfare narrative in and about Kashmir, the Indian state has also used gender in its anti-resistance discourse, claiming to be a saviour of the otherwise oppressed Kashmiri women. The revocation of Article 370, that had given some semblance of semi-autonomy to the region following its highly contested accession by an unpopular ruler, was also accompanied by such rhetoric of female empowerment. Kashmiris’ continuing demand for Azadi in the face of a long war over bodies and narratives is reflected, amongst others, through Kashmiri women on the streets and in their homes acting as frontliners and vociferously calling for freedom from the Indian state.

The Association of Parents of Disappeared Persons (APDP), led by Parveena Ahanger to seek accountability from the state for enforced disappearances, showcases how people can use bodies, spaces and memories to re-assert control and resist state oppression. APDP’s monthly sit-ins ‘to keep memories alive’ on the tenth day of every month at Pratap Park in Srinagar constitute an example of ‘subverted motherhood’, as women make use of their conventional identities to reclaim their agency by coming out in the public sphere to oppose the militaristic state structure.

As Ahanger notes: ‘We demand that India let us know where our loved ones are or what has happened to them. We demand justice. We usually say – yay tamasha nahi hai – yay matam sahi hai. This is not a spectacle, our mourning is for real.’

The state apparatus further marks its presence as it controls individual choices over the question of justice, both as a perpetrator and in presenting itself as the sole authority over justice. While the Kunan Poshpur PIL essentially signifies the ‘renewal and reinvention of a collective voice and struggle, the women petitioners do not regard this as seeking justice from the Indian state.

‘The exact point was to produce counter-narratives and document the lies, deceit and inefficiency of the Indian state. The point of engaging with the Indian judiciary is to not leave any excuse for the Indian state, and to expose the extent to which the institutions that it claims are independent of the state are hand-in-glove with it in providing impunity to its armed forces’, one of the petitioners told me.

When the survivors joined civil society activists in Srinagar in 2013 for their first-ever press conference, it was also seen as an attempt to dismantle the stereotypical understanding that the women of Kunan Poshpur are ashamed and invisible following the rapes. Along with the PIL, it was an attempt to ‘shift the burden of guilt and shame from women survivors on to the perpetrators.’

As we commemorate Kashmiri Women’s Resistance Day once more and observe the protests in India against the  Citizenship Amendment Act (CAA) being led by India’s Muslim women who constantly echo the slogans of Azadi, it is important to remember that the women of Kashmir have a long ‘lineage of gendered resistance’ in rejecting subjectification by the Indian state. As they continue to shout for Azadi, that is, freedom from India, one wonders if those who express select solidarity with ‘apolitical’ means are willing to hear or even understand the difference.

Samreen Mushtaq is a Research Fellow at the Centre for Studies in Gender and Sexuality at Ashoka University. Her research focuses on the gendered contours of militarisation in Kashmir.

Not quite in Asia: Australia’s relationship with Asian football
The US and China signed the Phase One trade deal: What next?