The US and China signed the Phase One trade deal: What next?

Home /China, China-US, Economy, Trade, United States/The US and China signed the Phase One trade deal: What next? 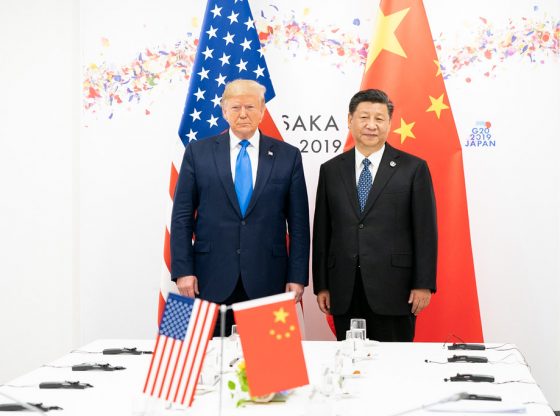 Written by Penelope B. Prime.

The US and China signed the Phase One trade deal in Washington, DC, on 15 January  2020. The official document with the negotiated terms was released just after the signing ceremony ended. The fact that the negotiations had stalled months earlier and then re-emerged as a staged process raised questions about the depth of what could be accomplished. Commentators on both sides wondered who had secured the better promises. Nonetheless, the agreement was finalised and signed to much fanfare.

Since then, except for an occasional mention by President Trump about how good the deal will be for the US, for the most part it has fallen off the media radar. The impeachment of Trump, the presidential campaign, and worries about the coronavirus have replaced the deal on the front pages. However, both countries confirmed that they would remove or cancel increases in tariffs by the implementation date of 14 February, as agreed.

The terms of the Phase One trade deal are intended to re-establish and increase bilateral trade, but other policies are pushing the two countries’ economies apart

While this is a good sign, what happens in future will be shaped by current events and policy priorities in each country. In China, the virus is the primary concern, while in the US it is technological competition that dominates.

In China, the novel coronavirus appeared almost simultaneously with the signing of the trade agreement, and China’s policy-makers have been concentrating resources on stemming the spread of the disease and stabilising the economy.

As part of the trade deal, China agreed to import a substantial amount of agricultural and other products from the US. However, the lock-down of transportation and people within China, imposed to contain the virus, could delay these purchases. Supply chain disruptions are inevitable, and this will hinder production and sales for both Chinese and foreign companies, in China and elsewhere, since both components and final goods will be affected.

Chapter 5 of the document covers statements about exchange rate policy, emphasising market-determined rates and containing promises to refrain from manipulating currency values for policy goals. However, if China’s economy takes a hit due to the impact of the virus outbreak, then Chinese officials may decide that a devaluation is necessary, although they have reiterated their commitment not to manipulate the yuan and there have been official announcements about promoting trade during the outbreak.

As the epidemic has worn on, reports from China indicate concerns that it may not be able to meet the agreed timeframe for its obligations and hence this may need to be extended by applying a ‘disaster-related clause’. Overall, despite possible delays, statements from the Chinese side convey a strong commitment to implementing the deal.

The US protects technology

In the US, concerns around intellectual property theft and competition to develop advanced technologies initially worked to stall the trade negotiations. Although the first chapter in the final trade deal document covers intellectual property, many potential challenges have been left untouched. The overarching worry that China intends to dominate Asia and perhaps beyond is shaping the Trump administration’s priorities.

The administration is working on numerous fronts to counter the perceived threat, including discouraging companies from including China as part of their supply chains, strengthening export controls, and pushing American firms to develop advanced technologies without Chinese cooperation.

In terms of manufacturing, China has become the centre of global supply chains. As costs have risen, both Chinese and foreign firms have moved some of their production to lower-cost areas such as Vietnam and Bangladesh. The tariffs imposed as a result of the US-China trade war have reinforced these trends, and this ‘decoupling’ fits well with American policy. The challenges caused by the coronavirus have further underscored the global economy’s vulnerability to the China-centred supply chain.

In addition, the US has started aggressively applying the strengthened export control law, which was passed in 2018 and expands the range of goods, software and technology where sales can be restricted if the President believes these actions would harm America’s national security. The law applies to all global transactions, but Chinese companies, especially Huawei, have been the focus of early applications of the reformed rules.

Investment and joint research is a third area where US-China economic transactions are under scrutiny. Congress has expanded the scope of investments that need to be reviewed by the Committee on Foreign Investment in the US, and this has reduced Chinese investment in the US substantially. Most recently, the White House proposed a plan to encourage American tech firms to develop platforms for 5G to compete with Huawei and other Chinese companies. American companies have worked closely with their Chinese counterparts to mesh their competitive advantages, but national security worries are undermining these business strategies.

The terms of the Phase One trade deal are intended to re-establish and increase bilateral trade, but other policies are pushing the two countries’ economies apart. President Trump has praised China’s management of the virus outbreak. Meanwhile, his top officials have been making it clear the Trump administration continues to view China as a strategic competitor that is a threat to national security.

Many analysts agree that some of China’s policies and actions pose a real threat to US security and that others constitute unfair business practices. However, American companies and, ultimately, the US economy also benefit substantially from business and cooperation with Chinese companies, since it is no longer likely that technological progress will be successful if carried out alone. Finding reasonable solutions will be difficult. Meanwhile, the planned meetings to work on Phase Two of the deal to tackle these issues will no doubt be delayed due to the coronavirus outbreak.

Penelope B. Prime, PhD is Clinical Professor of International Business at Georgia State University and Founding Director of the China Research Centre.