China-Malaysia Relations under the BRI: Seeing beyond Mahathir/Najib 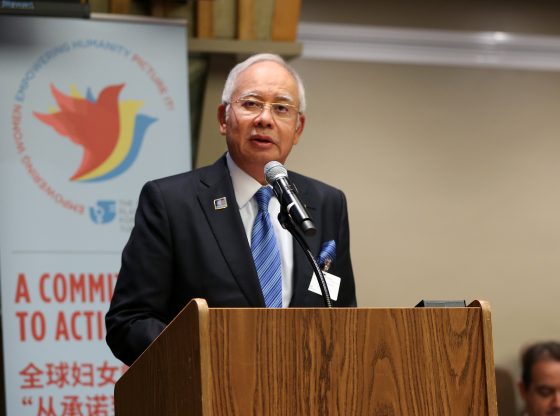 Elected as Prime Minister of Malaysia for a second time in May 2018, Mahathir Mohamad proceeded swiftly to axe and/or renegotiate several prominent Chinese-sponsored projects which had been pushed by his predecessor, Najib Razak. Most prominent among these projects is the East Coast Rail Link (ECRL), which forms part of the ambitious Belt and Road Initiative (BRI).

During an official visit to China and barely three months since taking on the Premiership, Mahathir announced that the ECRL would be ‘deferred until such time we can afford’, with a view to ‘reduc[ing] the cost also if we do it differently’. This announcement sent a shockwave through countries along the route of the BRI, and was interpreted by some as the start of the ‘domino effect‘, as previously Beijing-friendly host economies took their lead from Malaysia in standing up to perceived Chinese corporate greed.

It is now several months since Mahathir’s dramatic election fightback to the Prime Minister’s office at Putrajaya, so what has this talk actually achieved? Similarly, to what degree has the new administration managed to renegotiate terms with Chinese capital? What are the key motivations driving Malaysian negotiators? And how useful is the Malaysian experience for the rest of Asia?

I aim to tackle these interrelated questions by examining three of the biggest BRI projects instigated under the previous Najib administration (from April 2009 to May 2018). In particular, I will unpack how (and to what extent) these projects have evolved under Mahathir’s tenure.

Continuity rather than change?

Overall, the degree to which the BRI projects have been implemented is strongly linked to their conformance with three crucial variables: (1) fulfilment of Malaysia’s longstanding pro-ethnic Malay policy; (2) a shared vision between the state and federal authorities; and (3) the advancement of geopolitical interests for both China and Malaysia.

The first case concerns the ECRL, an ambitious railway to link the backward, ethnic Malay-heavy states on the east coast with the prosperous west coast of peninsular Malaysia. This land bridge, once completed, could provide a ‘significant resolution’ to China’s over-reliance on the Strait of Malacca, also known as the ‘Malacca Dilemma’. For Malaysia, the new route is expected to help it claw back the approximately USD 66.2 billion per year of indirect trade – conducted mainly through the Port of Singapore – between itself and China.

Because of its pro-Malay orientation, the ECRL was strongly endorsed by the Najib administration and the Chief Ministers of the east coast states. This alliance between state and federal interests has continued into the Mahathir era. Indeed, following the high-profile axing of the project and some subsequent renegotiation, the ECRL has picked up fairly rapidly from where it left off. Hence, we can see that whether under the Najib or the Mahathir administration, this project fulfils the country’s ethnic Malay agenda, promotes a federal-state alliance, and advances the geopolitical interests of both Malaysia and China.

Bandar Malaysia, a 197-hectare mixed-development project in the heart of Kuala Lumpur, provides our second case. Its main proponent is 1MBD, a government-linked corporation (GLC) associated with Najib. Despite direct control by the federal authorities and the vision for it to house the terminus of the highly ambitious Kuala Lumpur-Singapore high-speed rail (HSR), the project does not boast an explicit goal to promote ethnic Malay interests. Furthermore, as early as July 2015, 1MDB was exposed by international news agencies for its role in alleged financial mismanagement. In terms of geopolitics, reports suggest that a China-led consortium would be awarded the proposed Kuala Lumpur-Singapore HSR, potentially compromising Malaysia’s long-held neutrality in the face of China-US rivalry.

Offering limited conformance to the ethnic Malay agenda and minimal convergence of China-Malaysia geopolitical objectives, Bandar Malaysia failed to materialise under the Najib administration. However, much like the ECRL, Bandar Malaysia has since been revived by Mahathir after some renegotiation.

More specifically, there is noticeably more effort devoted to securing ethnic malay interests, both in the form of greater housing provision for low-income families (among whom ethnic Malays are overrepresented) and through greater participation of Malay contractors throughout the project’s implementation. In addition, the new administration has launched investigations into key individuals linked to 1MDB. Consequently, not only is the Mahathir government able to distance itself from the Najib administration, but the move also dilutes the potential geopolitical complications of excessive Chinese influence.

The third BRI project of interest is Forest City. This is a luxury mixed-development project worth a projected total investment of USD 58.0 billion in Johor, Malaysia’s southernmost state. Despite the support of key members in the state, the project incorporates only limited pro-ethnic Malay objectives and offers no formal alignment with China-Malaysia geopolitical interests. In addition, the relationship between Johor and the federal government has occasionally been tricky, fuelled largely by different visions of policy-making.

Despite the change of government, Forest City has not yet had time to materially alter this arrangement. If anything, state-federal ties seem to have been complicated by some heated debate involving senior figures from both sides. Nor is this status quo helped by China’s capital controls, implemented since March 2017 to stem the outflow of funds and to stabilise the exchange rate of the Chinese Yuan (CNY). Challenged by the continued restructuring of the Chinese economy and the shifting politics of the host economy, the project’s Chinese executives will have to devise a new strategy to break out of this impasse.

What can the rest of Asia learn from Malaysia’s experience in dealing with the BRI? First and foremost, the experience of Malaysia shows that politics in the host economy – even a relatively weak and small one such as Malaysia – matters. Notwithstanding the seemingly sensationalist headlines propagated by the popular media, I argue here for a more contextual, scale-sensitive focus on regional and local politics. Put differently, it can be seen that key players in the host economy possess substantial agency and flair for engaging with Chinese money, often in the furtherance of their own interests.

Although the three critical variables discussed here serve primarily as a heuristic device, they are useful in helping policy-makers and researchers decipher how domestic actors engage with the BRI in different settings. Focusing on these variables and their interplay will likely enhance our understanding of how other states in the region – India or Myanmar, for example – which have similar development pathways and endowment factors to Malaysia (i.e. sizeable ethnic cleavages and/or a tradition of federalism) respond to China’s grand infrastructural projects, and future analysis will do well to explore such perspectives.

Guanie Lim is Research Fellow at the Nanyang Centre for Public Administration, Nanyang Technological University, Singapore. His main research interests are comparative political economy, value chain analysis, and the Belt and Road Initiative in Southeast Asia. Guanie is also interested in broader development issues within Asia, especially those of China, Vietnam, and Malaysia. He is currently working on his monograph, which details the economic catching-up process of key Southeast Asian economies.

The ambiguities of belonging and the Citizenship Amendment Act 2019 in India’s northeast
The BRI and the Asian region: Impacts and responses