The BRI and the Asian region: Impacts and responses 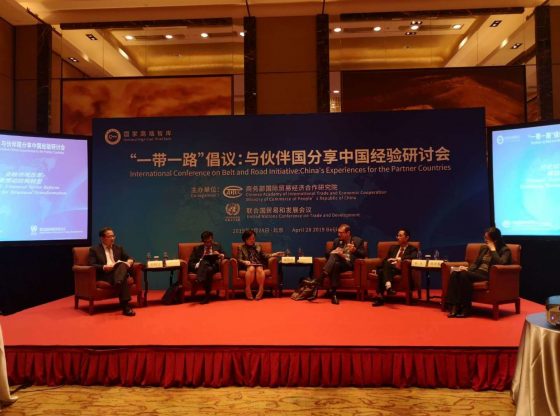 China’s Belt and Road initiative (BRI) has had multiple impacts on the Asian region, ranging from the geo-economic to the geopolitical. Beyond its more obvious impacts, the BRI has also influenced several other aspects indirectly, including the overall regional order, infrastructure financing, and the nature of trade relations between countries.

The most important geo-economic impact of the BRI relates to connectivity. Previously, different modes of regional connectivity were often viewed in isolation from each other. Land connectivity, for example, was viewed exclusively through the lens of driveable roads and multi-lane highways, without any consideration for maritime transport capacity. Throughout the Asian region, and particularly in relation to the land-locked countries of South and Central Asia, the focus was mainly on land-based links.

The BRI has changed this perspective radically. By integrating its vision of land corridors with ports and sea lanes, the BRI has been able fundamentally to change the approach to connectivity. Connectivity is now intrinsically multi-modal. The multiplicity which is now apparent in various aspects of connectivity has been amplified by the introduction of digital connectivity, and the Digital Silk Road has been a trend-setter in this regard.

Following the articulation of the Digital Silk Road, countries are now far more aware of the implications of the digital economy, digital trade rules and cross-border data governance frameworks. Indeed, the conceptualisation of the Digital Silk Road provides further grounds for understanding techno-nationalism: that is, the way that countries attempt to utilise technological advances – particularly in relation to controlling innovation and the innovative industries – in order to increase their geopolitical influence.

The BRI is still very much a work in progress. Consequently, much of the impact it has generated and responses to it are also somewhat embryonic and might evolve into very different thoughts and strategies over time

Various infrastructure projects coming up through the BRI, and the high volume of networked connectivity being experienced by Asia, has had some interesting implications, including regional responses to the US-China trade war. The back and forth tariffs announced by both countries on each other’s imports have led to the prospect of import substitution, followed by longer-term possibilities for relocation in the regional supply chains.

Coming on the back of connectivity growth – particularly the links to mainland China through the BRI currently being developed by several Southeast Asian countries – such disruptions are being seen as opportunities. Countries like Vietnam, Cambodia, Myanmar and Bangladesh are well-positioned to benefit from supply chain relocations in the form of new assembly centres. Expansion in terms of multi-modal connectivity helps these countries to pick up new business from mainland China, while still continuing to engage with it as suppliers. The current thaw in the US-China trade war doesn’t affect these perceptions in the slightest.

On the other hand, the concept of the ‘Indo-Pacific’, which has a considerable amount of historical underpinning, has gained traction recently in direct relation to its opposition to the BRI. Largely visualised as a strategy for countering China’s influence in the region by the US and its allies, the Indo-Pacific proposes a different framing of the regional order which contrasts with those scoped out both through the forum for Asia-Pacific Economic Cooperation (APEC) and the Association of Southeast Asian Nations (ASEAN). The emphasis on connecting communities, commerce and culture across the Pacific and Indian Oceans reflects a strategic perception embedded in a geography similar to that being traversed by the BRI.

It is only natural that the BRI and Indo-Pacific would come into close contact with each other as they expand. At present, the economic architecture of the Indo-Pacific remains unclear. However, there is little room for doubt that the US will look to establish the Indo-Pacific as a major connectivity initiative by directing investment towards strategic infrastructure assets – particularly maritime and digital ones – that can contribute to advancing its geostrategic and security interests in the region.

America’s initiatives are matched by the efforts of China’s National Development and Cooperation Agency to boost development finance in the region and similar drives by agencies such as the Asian Infrastructure Investment Bank, which is open to funding BRI projects. Connectivity of the kind envisaged by the BRI has, by its novelty and scope, been able to accelerate the flow of development finance in the region as well as stimulating different agencies to respond to the growing needs of countries in addressing their infrastructure deficits.

The BRI is still very much a work in progress. Consequently, much of the impact it has generated and responses to it are also somewhat embryonic and might evolve into very different thoughts and strategies over time. Nonetheless, the Asian region as a whole is unlikely to remain the same following the launch of the BRI. Irrespective of the outcomes that the BRI might produce, its very inception has significantly altered perceptions, both within the region and beyond.

Amitendu Palit is a Senior Research Fellow and Research Lead (trade and economic policy) in the Institute of South Asian Studies at the National University of Singapore. He can be reached at isasap@nus.edu.sg.

China-Malaysia Relations under the BRI: Seeing beyond Mahathir/Najib
Job insecurity, labour contestation and everyday resistance at the Chinese-built Lamu port site in Kenya