Challenging times for China’s economy: The need for change and effective leadership 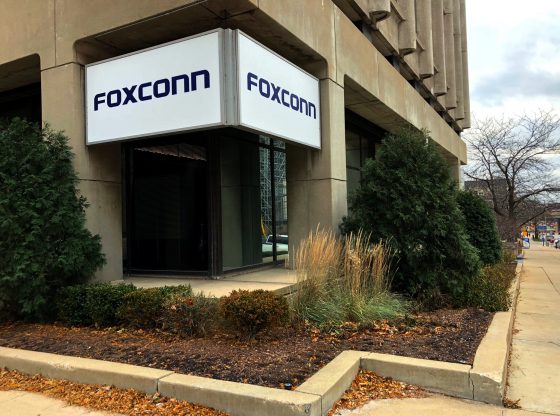 The phenomenal speed and size of China’s economic growth and expansion is now a well- known story. A few examples are indicative. China is the world’s largest exporter of electrical and electronic components – some 5 times the value of Germany’s share – and accounts for 30 per cent of exports globally.

The largest employer in China, with over 1 million employees, is Hon Hai Precision Industry Co. – better known as Foxconn, owner of the world’s largest Apple iPhone factory in Zhengzhou (known as ‘iPhone City’) that produces about half of the world’s iPhones. Before new versions are released the factory ramps up to 500,000 new phones a day, or 350 a minute – although the company is also mired in allegations of labour abuse.

Another memorable example is the eastern Chinese town of Yiwu in Zhejiang province, a small town by Chinese standards (population just 1.2 million) surrounded by over 600 factories and workshops. Yiwu is the global capital of Christmas decoration goods, accounting for 90 per cent of China’s output. This equates to 60-70 per cent of the world’s total, generated through the long hours of low-paid migrant labour.

The once rosy vision of the future of China’s economy has become more tarnished, blurred and contested as growth weakens and slows

Several underlying factors and causes for China’s economic transformation are commonly given for this performance, including the way in which the opening-up of the economy dove-tails with state direction, support and investments. However, the once rosy vision of the future of China’s economy has become more tarnished, blurred and contested as growth weakens and slows, although business in China is still faring better than in most other economies (albeit no longer experiencing its earlier remarkable highs).

Rather than repeat those well-rehearsed debates I wish to look to China’s future, as there is growing concern about the sustainability of this economic expansion and the ‘China model’, and a sense of the need for different types and forms of growth – e.g. higher value-added, better quality, more knowledge-based/innovative and services. China also needs to address workforce exploitation, overlong working hours and high levels of inequality (as shown by the GINI Index).

Demographic trends and the global context – including trade frictions and, more recently, the ‘3Cs’ of coronavirus, contagion and containment – are also impacting on China, boosting some sectors such as medical supplies but reducing the production and export of consumer and capital goods. Foxconn, Hyundai and VW have all reported issues, for example. Asian economies are particularly exposed in this context, as more than one-third of manufactured goods imported into South Korea, Vietnam, Indonesia and the Philippines come from China.

Consumer demand and spending in many services such as retail, hospitality, leisure, travel and tourism are also being hit, and demand is set to weaken as shoppers stay at home and services remain closed. This will have global repercussions, as China accounts for 11 per cent of the world’s imports of goods, up from 2.7 per cent some 20 years ago. The numbers of Chinese going abroad – a crucial source of income for the tourism sector and luxury brands – has also plunged. About 150 million Chinese tourists – the largest number from any country – annually spend around US$279 billion while travelling.

The ‘3Cs’ have other global consequences as well, since today China’s economy is larger – in both absolute and relative terms – than it was during the previous SARS virus episode. Hence its slowdown will reduce commodity prices. Even more significantly, China represents the epicentre of global supply chains, whose vulnerability and fragility have been exposed in many areas from cars (Fiat and JLR have reported issues) to smartphones. Those companies that may be forced to seek alternative sources for goods or re-shore their production or create fresh supply chains may not return, and this will have a knock-on impact for future corporate planning and business investment.

A recent collection of research papers provides further evidence regarding China’s performance in terms of the role of business and management and points to concerns for the future. This includes an analysis of the key aspects relevant to performance such as culture, change, leadership, innovation and knowledge. The papers focus on the theoretical and practical implications as well as calling for future research in key areas. Other publications have similarly highlighted the importance of leadership, especially in uncertain times.

In conclusion, the economic crossroads at which China finds itself is best contextualised not only by earlier economic models but especially by China’s history. This is the story of the reign of an imperial line following the dynastic cycle pattern: a strong, unifying leader establishing the ‘Celestial Empire’ that rises, flourishes and declines, losing the ‘mandate of heaven’ and being overthrown by the next dynasty.

While on the ‘Dragon Throne’, the ‘Son of Heaven’ (emperor) had total power over his subjects but not unconditional rule, as the mandate could be lost through being unworthy, unjust or incompetent. The right to rebel was implicitly guaranteed if the ‘heavens’ were displeased: natural disasters, famine, plague, invasion or rebellion were all regarded as a sign that the ‘mandate of heaven’ had been withdrawn. Seen from this angle, it would seem that President Xi has reached his own Rubicon.

Job insecurity, labour contestation and everyday resistance at the Chinese-built Lamu port site in Kenya
Can Asian and G7 policymakers save the global economy from the economic fallout of COVID-19?