Marital rape: No excuse for the inexcusable 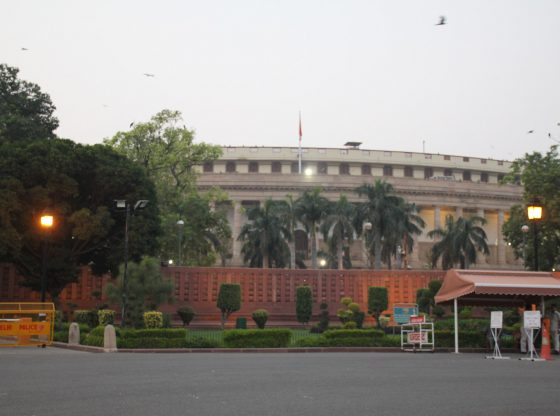 The Constitution of India under Articles 14 and 19 enshrines the right to equality and the right to life. It is universally accepted that a bare reading of these rights supports the proposition that every person has the right to lead an equal and dignified life. And yet, within the narrow heteronormative patriarchal confines of India’s marriage laws, the principle behind these fundamental rights is blatantly ignored.

Under the Indian Penal Code (IPC), a husband is exempted from the definition of rape, subject to the age of his wife. Founded on the archaic legal recognition of the primacy and supremacy of a husband’s rights over those of the wife, Section 375 of the IPC (Exception 2) states: ‘Sexual intercourse by a man with his own wife, the wife not being under fifteen years of age, is not rape’.

Like many other things, this is a feature of the historical legacy that the Indian legal system still adheres to. The Indian Penal Code was drafted during colonial rule and hence it followed the pattern of English law, which considered a wife to be the private property and chattel of the husband. Consequently, when drafting the IPC in the nineteenth century, Lord Macaulay included an exemption for a husband raping his wife, subject to the wife’s age.

Not only is marital rape discriminatory in nature, it also violates a wife’s right to life with dignity

The age caveat was added into the Code because at that time there were many cases of child brides dying due to premature intercourse with their husbands. Among these, the case of Phulmoni Dasi (also known as Queen-Empress vs. Hari Mohan Maiti) in 1881 requires a particular mention since it attracted a great deal of attention among legislators and society more generally. Phulmoni Devi, an eleven-year-old child bride, died due to excessive bleeding when her husband, Hari Mohan, who was in his mid-thirties, tried to consummate their marriage.

Although the autopsy report clearly indicated a ruptured vagina as the cause of death, the husband was acquitted of the charge of rape because the laws on rape exempted marital rape from the ambit of the penal law. The rape laws permitted a man to have sexual intercourse with his wife, irrespective of her consent, as long as she had attained the age of ten. Nevertheless, Hari Mohan was charged under Sections 304, 304A, 325 and 338 of the IPC. In this particular case, it was held by the Court that a man did not have the right to enjoy the person as his wife without any regard for the question of her safety.

The Phulmoni Dasi rape case triggered concerns about the age of consent. The colonial government’s vide amendment to the Age of Consent Act, 1861 raised the age of consent from ten to twelve years in both marital and extra-marital cases, with the intention of protecting female children from immature cohabitation and prostitution. However, when the Amendment Act, 1925 was enacted, a distinction was made between the age of consent for extra-marital and for marital rape – i.e. fourteen and thirteen years, respectively – although the effect of this change was somewhat diluted since the punishment for the husband was kept at a maximum of two years.

The exception for married women aged between fifteen and eighteen continued until 2018 when the Supreme Court (SC) of India in a landmark judgment held that a man is committing rape if he engages in sexual intercourse with his wife if she is aged between fifteen and eighteen. This was legal recognition of the fact that sexual assault on a girl below the age of eighteen by a man, even if he is her husband, amounts to rape.

However, if the woman is older than eighteen and married to a man who commits sexual assault, the penal provision does not apply; therefore, there is no legal recourse for women victims of rape if the man who commits the act is their husband. This issue has been debated and discussed by women’s groups repeatedly, and the National Commission for Women has suggested that ‘marital sexual intercourse by a man with his own wife without consent should also be considered as sexual assault’.

The question of marital rape did not escape the attention of the Verma Committee, which was constituted on 23 December 2012 in the wake of the infamous Nirbhaya case. This was a three-member committee headed by Justice J.S. Verma, former Chief Justice of the Supreme Court, to recommend amendments to the criminal law so as to provide for faster trials and enhanced punishment for criminals accused of committing sexual assaults against women.

Women do face frequent incidents of discrimination and violence in the household and workplace and many special and protective pieces of legislation have been enacted to protect a woman from such unwelcome incidents, and penal consequences have been provided for the safety of women, but no laws explicitly prohibit a man from raping his legally wedded wife except in the following conditions:

(2) Sexual intercourse by the husband upon his wife during a period of separation (see Section 376 B of the Indian Penal Code, 1860).

The Gujarat High Court in its recent judgment on Nimesh Bhai Bharatbhai Desai vs. State of Gujarat, while examining the law relating to sexual offences, observed that husbands need to be reminded that marriage is not a licence to forcibly rape their wives.

A husband does not own his wife’s body by reason of marriage. By marrying, she does not divest herself of the human right to an exclusive autonomy over her own body and thus, she can lawfully opt to give or withhold her consent to marital coitus. Marital rape is in existence in India, a disgraceful offence that has scarred the trust and confidence in the institution of marriage. A large population of women has faced the brunt of the non-criminalization of the practice.

The Court was of the view that the accused could be charged for outraging the modesty of his wife and hence that an investigation in this direction could commence.

However, in a separate case, the High Court of Delhi dismissed the petition to criminalise marital rape, maintaining that the drafting of the law is the function of the legislature rather than the court, while the court is more concerned with the interpretation of the law than its drafting. This reasoning is unfortunate, especially in view of the Supreme Court’s unequivocal verdict in the case of J.K.S. Puttuswamy vs. Union of India that ‘privacy of the individual is an essential aspect of dignity’ and that rape is a violation of a women’s right to her bodily integrity.

While setting out the constitutional basis for the ‘right to privacy’ to be declared a Constitutional Right, the SC took note of the judgments on rape which hold sexual violence to be an unlawful violation of the right to privacy and sanctity and an offence against a woman’s dignity. A further example comes from the case of Suchita Srivastava in relation to the issue of consent for the medical termination of pregnancy (MTP), where the court directed the state to respect the reproductive rights of the woman. These judgments demonstrate that the highest court in the land deduced this right from a woman’s right to privacy, dignity and bodily integrity.

Advocates of the existing laws on marital rape appreciate that criminalising it will give women an unfair advantage and this could lead to a high number of false charges being brought against men. Nonetheless, it cannot be denied that India’s existing rape law, which provides an exemption for the husband, runs contrary to Articles 14 and 21 of the Constitution of India.

Not only is marital rape discriminatory in nature, it also violates a wife’s right to life with dignity; a woman does not surrender her basic fundamental rights once she gets married. Clearly, a law which goes against the Constitution needs to be abolished. However, when this will actually happen remains to be seen.

Talish Ray is a prominent lawyer who has appeared before the Supreme Court of India and the High Courts of various Indian states. She is currently a partner at TRS Law Offices, New Delhi. She tweets @TalishRay

Can Asian and G7 policymakers save the global economy from the economic fallout of COVID-19?
Beyond bilingual education in Tibet