What does the coronavirus reveal about the presence of foreigners in Wuhan and Hubei?

Home /Africa, Asia, Business and Politics, China, Coronavirus, Health, Migration, Population/What does the coronavirus reveal about the presence of foreigners in Wuhan and Hubei? 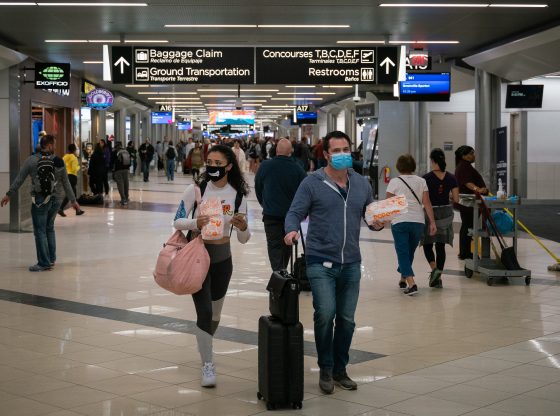 China has long been known as a country of significant emigration, with its southern and eastern populations venturing out to countries in North America, Europe and Southeast Asia. More recently, China has also become a country of immigration, leading to the presence of foreigners from all walks of life who have made China their temporary or permanent home for work, study and business.

While it is no surprise that Shanghai, Beijing, Guangzhou and Shenzhen host the largest number of foreigners in China, due to their economic importance and/or proximity to Hong Kong, it is perhaps more surprising that the city of Wuhan in Hubei province has a significant foreign presence. For example, alongside Shanghai and Beijing, Wuhan has a high number of foreign students.

Wuhan is also the hub of China’s automobile, chemical and steel industries, in addition to being the assembly and manufacturing base of many other global technology sectors. Over the past ten years, the city has developed tremendously with modern infrastructure and technology that has attracted foreigners, in particular due to its excellent transport links with Beijing, Shanghai, Guangzhou and Shenzhen.

While many countries have rushed to bring their citizens home, sub-Saharan African countries seem to be caught between safeguarding their political-economic interests with China and arousing the ire of their citizens left in Wuhan and Hubei

Before the outbreak of the coronavirus, however, very few foreigners outside of China had heard of Wuhan city or Hubei province. Until the early 1990s, China was not a common destination for many foreigners. Today, in contrast, many foreigners live in China, where they have encountered people from a wide range of countries. Now the coronavirus has brought Wuhan to the attention of the world, and it has become the focal point of global news and media.

The number of foreigners with legal immigration status in China, including students, is known precisely due to the data collected by university student offices, the Public Security Bureau (PSB) and consular services. Because of the spread of the coronavirus and its associated risks, the process to repatriate foreigners from different countries has revealed the significant presence of foreigners, both in China in general and in Hubei province in particular.

On 5 February 2020, while Canadians in Hubei province were waiting for repatriation, Canadian officials announced through the Foreign Affairs Minister on Radio Canada that about 398 Canadians had registered to return home. About 200 of them were repatriated on the first plane provided by the Canadians. The United States was reported to have repatriated 201 of its citizens from Wuhan a few weeks ago. At the same time, Japan brought 565 of its citizens home. The first cohort of 367 South Koreans has already departed from Wuhan, and another 700 or so will follow. Turkey, New Zealand and Australia have likewise helped their citizens to leave Wuhan, although in these cases the numbers involved are relatively small. Finally, Indonesia and the Philippines also plan to repatriate 243 and 300 citizens, respectively.

According to Reuters, in early February 2020:

These numbers, although limited, give us an idea about the presence of foreigners in Hubei and Wuhan. However, although many countries are aware of the number of their citizens who are confined there and providing assistance for them to return home through their respective consular services, many African countries are struggling to coordinate the repatriation of citizens. Indeed, the number of citizens from African countries may be even greater than the numbers we already know about from other countries.

Many African governments have been extremely inactive about repatriating their citizens from Wuhan and Hubei (many of whom are students). For reasons to do with politics and economics, the relationship between African officials and their Chinese counterparts makes African governments reluctant to organise the repatriation of students.

For example, Senegalese students in Wuhan expressed their desire to be taken home following the outbreak of the coronavirus and the quarantine imposed on the city and its surroundings. Their parents gathered to request that the government repatriate their children. However, Senegalese officials stated that they did not consider it necessary. Following the Senegalese government’s announcement, the Chinese government stated through its embassy in Senegal that the Senegalese students are safe in Wuhan since none of them are infected. Hence, as far as the Chinese are concerned, there is no justification for their repatriation.

China has already made it clear that it regards those countries which repatriate their citizens as enemies, eying the US in particular, which was the first country to begin the process. Many in China have criticised the US for withdrawing its diplomats from Wuhan and repatriating its citizens. In the opinion of Chinese officials, these actions created a global panic and encouraged other countries to follow suit.

Countries like Algeria, Morocco, Mauritania and Tunisia have also managed to bring their students home, either individually or by coordinating their efforts. Critics of the Senegalese government’s stance argue that the government could use its diplomatic relations with some of these countries or France (due to their close ties) to organise the repatriation of Senegalese students as well. Yet while many countries have rushed to bring their citizens home, sub-Saharan African countries seem to be caught between safeguarding their political-economic interests with China and arousing the ire of their citizens left in Wuhan and Hubei.

During a crisis like the coronavirus outbreak, human safety and security should override political-economic interests. Countries that have strong governments and the means to act do not wait to get their citizens out of crisis zones, whatever the potential political, economic or diplomatic costs. And so once again, the coronavirus outbreak in Wuhan has demonstrated how powerless and ineffective African governments are when it comes to crisis management.

The government of South Africa announced through its Department of International Relations and Cooperation (DIRCO) that its citizens in Wuhan and Hubei would be repatriated. This was accelerated by representations from South Africans living in Wuhan and the parents of South African students studying there, making it clear to the government that they would like to have their children back home. Since then, their repatriation has already been effected.

Alongside the significant number of students in China, South Africa also has a lot of teachers in Hubei province working on various English-language teaching programmes. According to DIRCO, 132 out of the 199 South Africans in Wuhan had expressed a desire to return home. However, even though other Africans in Wuhan have expressed a similar desire, most of their governments lack the means and/or coordination between their respective ministries and embassies in China to carry out repatriation operations effectively.

It is important to highlight that during a major crisis that affects and jeopardises the life of its citizens, any government should take responsibility for assisting and repatriating them without waiting for host countries to make official announcements. Likewise, the officials of host countries should coordinate and assist the repatriation of foreign citizens rather than insisting there is no cause for alarm.

It is only under crisis circumstances that the real numbers of foreign nationals who need assistance starts to become clear. Nor should one forget that China also had to deal with the unexpected evacuation of 35,000 of its citizens trapped during the war in Libya in 2011.

Nonetheless, many foreigners have decided for professional and/or family reasons to remain in Wuhan city and Hubei province voluntarily, with all the risks and the confinement that entails. The current situation in China is difficult to assess, and the impact of the coronavirus on foreign nationals in Wuhan has yet to be fully understood.

Daouda Cissé is an independent researcher based in Montreal, Canada. His research explores China’s domestic and overseas political economy and Africa-China relations.