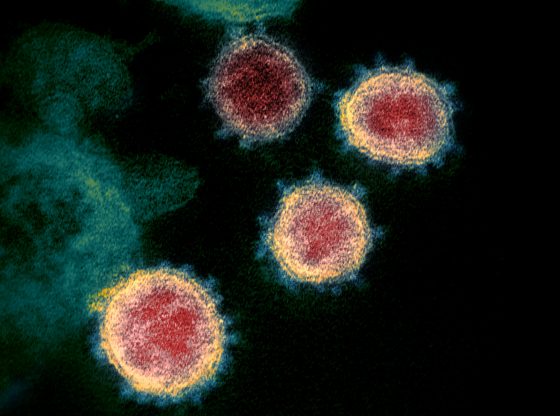 Since its emergence in China in December 2019, COVID-19 has spread to all parts of the world and become a global pandemic. The Middle East has witnessed a steady rise in the number of infections. While the first case of COVID-19 infection in the region was reported in the United Arab Emirates (UAE) on 29 January 2020, the human cost has been heaviest in Iran, with infections there constituting some 90 per cent of all cases in the region. By 12 March 2020 there were 10,001 confirmed infections in the Middle East, of which 9,000 were in Iran, 262 in Qatar, and 195 in Bahrain.

Beginning in the sacred city of Qom, COVID-19 spread across Iran along with the pilgrims who had visited the city and its shrines of revered Islamic figures. At present, the profile of Iran’s ‘patient zero’ is still unclear, although there is speculation that the virus was brought to Qom by Chinese labourers.

Currently, the death toll in Iran stands at 354, including a number of top government officials. Ten per cent of Iran’s parliament has tested positive for COVID-19, and on 12 March it was announced that Iran’s vice president and two ministers have also become infected. The latest government casualty is Hossein Sheikholeslam, the country’s former ambassador to Syria, just four days after the death of Mohammad Mirmohammadi, who served on the council that advises Iran’s Supreme Leader Ayatollah Ali Khamenei.

The ancient pilgrimage routes that once connected peoples now carry many risks, as foreign pilgrims take the virus back to their home countries after visiting Iran. In response, several countries in the region have enacted a number of measures to control the spread of the virus, such as restrictions on travel, school closures, pausing the umrah pilgrimage, and cancelling major events.

The regional economic impact, while not yet devastating, is very visible. Due to COVID-19’s adverse influence on economic growth in Asia, the demand for Middle-Eastern oil and gas has declined sharply. Moreover, as Europe and the Americas begin to feel the virus’ pinch, a global slump in energy demand is shaping up.

On 9 March, the price of Brent Crude slid 24.1 per cent, the steepest single-day drop since 1991. Saudi Arabia had advocated cutting oil production at recent OPEC+ meetings, but after encountering Russian opposition, Saudi Arabia instead ramped up production, which depressed oil prices further. Given the role of oil and gas as the driver of several powerful Middle-Eastern states’ economies, the economic prospects in the next few months appear dim. Adding to these woes, recent reports have confirmed that the non-oil economic sectors of the Gulf states are also on the decline, due to general global economic trends.

Under such difficult circumstances, we have witnessed surprising solidarity between Middle-Eastern states and China. In addition to symbolic gestures – such as Iran projecting China’s national flag and words of support on to its famous Azadi Tower – several countries in the Middle East, particularly the Gulf monarchies of Saudi Arabia, Qatar and the UAE, have delivered a massive amount of aid to China.

In late February 2020, for example, Qatar Airways delivered some 300 tons of medical supplies to China, while the Saudis signed six contracts in early February to deliver medical supplies and devices to China. The Emiratis likewise promised aid to China. In return, the Chinese government has expressed sincere thanks to its counterparts in the Gulf and started sending medical aid to Iran, the worst affected country in the region.

In early March, a Chinese medical team was sent to Iran to assist with counter-measures related to the epidemic and to share their experience with local experts. China has also supported Iran’s demand that the United States lift sanctions so as to ease shortages inside the country. Overall, we have seen China and diverse Middle-Eastern states close ranks in this time of crisis.

The underlying calculation behind the show of goodwill is very much influenced by economic considerations of course. Given the economic weight of China and its position in the global supply chain, the whole world’s economic wellbeing is affected when China’s economy falls ‘under the weather’. Furthermore, as well as being a leading trading partner for the Middle East, China’s role as the world’s largest oil importer and consumer means that Middle-Eastern states need China to return to normality as quickly as possible.

Despite temporary measures introduced by a few countries to restrict travel between China and the Middle East, their long-term common economic interest will nonetheless bring China and the region closer together amid the ongoing crisis. Most recently, for example, China has emerged as an indirect beneficiary of the Saudi-Russian price war, as low oil prices boost the prospects for Chinese firms seeking to return to business.

Yet we must also look at the potential negative outcomes. Depending on Iran’s ‘patient zero’ profile, countries that are closely engaged with Xi Jinping’s Belt and Road Initiative (BRI) could in the future introduce stricter scrutiny for the entry of Chinese labourers, which could present limited challenges for China’s signature connectivity project.

At the end of the day, however, the surprising effect of the COVID-19 pandemic has been to foster comradeship between China and most Middle-Eastern states in combatting a common enemy. While the global pandemic looks set to worsen in the near future, negatively affecting states in the Middle East, at the government level we will see these countries working closer together with China for their common interest of bringing the pandemic to an early end.

Zi Yang is a Senior Analyst with the China Programme at the S. Rajaratnam School of International Studies (RSIS), Nanyang Technological University, Singapore. Follow him on Twitter @ZiYangResearch.

What does the coronavirus reveal about the presence of foreigners in Wuhan and Hubei?
Exploring China’s strategic intentions in Central, West and South Asia