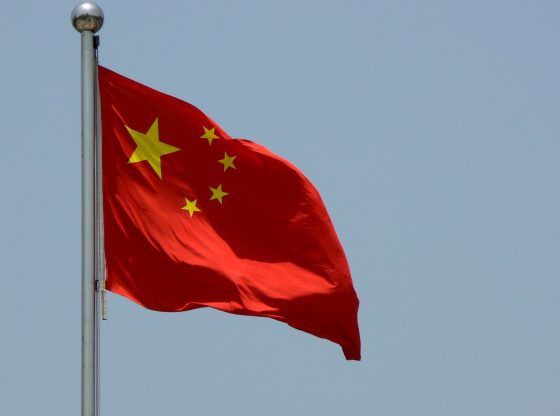 Since the early 2000s, the great, major and regional powers alike have been developing a set of ‘look East’ policies designed to capitalise on China’s continuing rise, the prosperity of the East and Southeast Asian regions more broadly, and China’s insatiable thirst for raw and industrial materials and mineral resources to propel its economy forward towards a ‘developed’ state stage.

Meanwhile, the fastest-growing ‘eastern’ country of all, namely China, has been developing its own unique but comprehensive ‘look West’ strategy. The blueprint for this is the comprehensive Belt and Road Initiative (BRI), through which Beijing is financing and building a web of infrastructure and transportation networks across Asia and leading into East Africa and Europe.

For China’s ‘look West’ strategy to be successful, it will have to assess its role and presence in Central, West and South Asia

The delivery of this massive project, designed to make China the centre of the Eurasian sphere, is contingent on the successful integration of as many Central, West and South Asian economies as possible into a web of economic relationships. But in each regional theatre, China faces structural and geopolitical challenges which it must manage if its ‘look West’ strategy, underpinning its arrival as a global power, is to be successful.

Hence, while the rest of the world has been focusing on East Asia as a zone of growing economic influence and an arena of geostrategic importance, if not tensions, China has been casting its sights on the economic opportunities arising at its near and far-western borders.

China’s pursuit of economic opportunities has been tempered over the last decade by a growing reliance on the hydrocarbon resources of West (the Persian Gulf sub-region) and Central Asia. Consequently, unhindered access to the crude oil, oil products and natural gas exports of the Persian Gulf has emerged as a national priority for China.

At the same time, following the relative consolidation of its position in the South China Sea as the dominant local maritime power, China has been eyeing the Indian Ocean as an arena of strategic priority. For this reason, China has been pursuing a series of partnerships in South Asia and around the Indian Ocean, in tandem with its ‘string of pearls’ strategy of acquiring a maritime presence in this important ocean.

The Belt and Road Initiative, launched under a different name in 2013, now embodies China’s ‘look West’ strategy, and it is for the centrality of the BRI in Beijing’s grand strategy of Eurasian dominance that the regions under discussion here acquire major significance. In the South China Sea, the Indian Ocean and the Persian Gulf, however, China has not had everything work out in its favour and has encountered resistance to its plans in all three theatres.

In the South China Sea, the riparian states of Japan and the Republic of Korea look nervously at China as it strengthens its physical presence and consolidates its grip over what it now regards as its territorial waters. The United States sits on the other side of the equation, trying to keep the peace, bolstering regional security, and building relations with the diverse countries of Southeast Asia.

India also looks nervously at China’s presence in the Maldives, Sri Lanka and Myanmar, keeping a clear distance from the BRI and calling for the ‘Middle Power Asian Coalition’ (India, Japan and the Republic of Korea) to group together and counterbalance the ‘Pax Sinica’.

As for the Persian Gulf, while China has emerged as the main economic actor in that sub-region, it nevertheless has to be mindful of the overwhelming US military presence there. This means that China will need to consider the corrosive impact that inter-state rivalries, terrorism and Iran-US tensions can have on its national security, energy supplies, prices and, ultimately, access to the vital hydrocarbon resources of the Persian Gulf.

In sum, for China’s ‘look West’ strategy to be successful, it will have to assess its role and presence in Central, West and South Asia. This is especially important in relation to landlocked Central Asia, which represents Beijing’s strategic gateway for the delivery of the multi-billion dollar Chinese-financed BRI.

*This article is based on extracts from Chapter 19 – ‘China in Central, West, and South Asia’, in Chinese Strategic Intentions: A Deep Dive into China’s Worldwide Activities. A Strategic Multilayer Assessment (SMA) White Paper, December 2019. The views expressed are those of the author and do not reflect the official policy or position of the Department of Defense or the US Government. SMA White Papers and reports can be downloaded from http://nsiteam.com/sma-publications/.

The impact of the COVID-19 pandemic on relations between China and the Middle East
How Asia perceives China in the context of BRI: Evidence from an Asian poll