China’s involvement in the Levant: It’s the economy after all 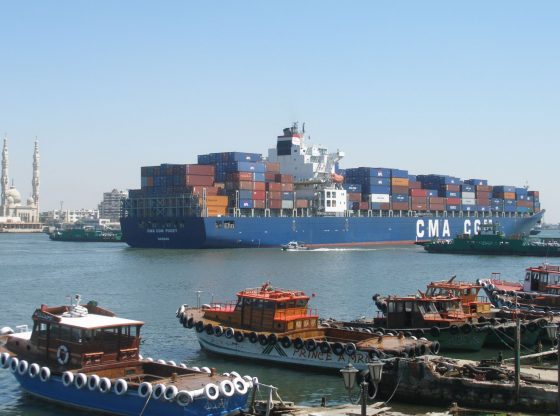 The Levant – a sub-region of the Middle East consisting of Syria, Lebanon, Israel, the Palestinian Authority and Gaza Strip territories, Jordan, and part of Egypt – serves as a crossroads between Asia, Europe and Africa.

Over the centuries, it has attracted regional and world powers that have sought to dominate it because of its geo-strategic, economic and religious importance. As a result, the region has frequently been subject to the involvement of external powers and their struggles, which have taken advantage of and worsened internal conflicts in the Levant. Comprised of multiple national, ethnic and religious groups, the region is riven with internal rivalries that have occasionally prevented it from harnessing its connectivity potential.

To address this problem – or, alternatively, to utilise it for other purposes – different world powers have adopted various forms of involvement in the Levant. The UK and France exercised direct control there while building a network of maritime and land transportation routes and oil pipelines across the region, and the US and the Soviet Union built their competing (unofficial) alliances that worsened local conflicts and hindered regional connectivity.

Such a dynamic seems increasingly relevant to China, which today has good reason to increase its own level of involvement in the Levant. Following its growing participation in global trade and the launch in 2013 of the Belt and Road Initiative (BRI), China has assigned growing importance to connectivity across Eurasia and Africa. In addition, aspiring to recognition as a world power, China wants to have a place in international negotiations over the region’s high-profile conflicts.

In view of these trajectories, Beijing’s political involvement in the Levant may seem inevitable, and it is certainly a cause of great speculation. On the one hand, in some political and economic circles in the Levant there is hope that China will increase its political and economic involvement and so contribute to the region’s development and stability while simultaneously diluting the influence of Western powers. On the other hand, some see China’s involvement as part of Beijing’s long-term vision to consolidate a strategic foothold along the Eurasian coastline. However, as this article will demonstrate, actual developments fail to support either of these assessments.

Contrary to common assumptions, according to which China is consolidating its long-term influence over weak countries through loans and investments they are unable to repay (the debt trap theory), China’s investments in the Levant are, as of 2019, concentrated in the region’s two most stable countries: Israel and Jordan.

Lebanon, on the other hand – a country which for the greatest part of the twentieth century served as an export port for Iraqi oil into the Mediterranean and where natural gas reserves have recently been discovered – is one of the only countries in the Middle East where China has made no investments at all. Apparently, its deep fragmentation and half-century history of fierce external intervention influence China’s considerations. Similarly, China ceased investing in Syria immediately after the outbreak of its civil war, despite Syria’s role as Jordan’s maritime gateway to the Mediterranean and as a land bridge between Turkey and Jordan.

The only exception to this stability-driven investment pattern is Egypt, where China has continued to invest throughout the 2010s despite the country’s political turmoil during that period. However, those investments do not seem to be driven by China’s intention to dominate Egypt and take over its assets as the debt-trap theory would suggest. In any case, Egypt is too big and too important to allow such an outcome. Instead, the investments are explained by the crucial importance of the Suez Canal to China’s international trade, and the relatively high security regarding investments around the Suez Canal (where many of China’s investments are concentrated), due to the global importance of that water channel.

Also, contrary to BRI-related expectations and with the above exception of Egypt, only a minority of China’s investments in the Levant are focused on transportation projects. In Israel, less than 30 per cent of China’s 8.05 billion dollars of direct investments and infrastructure projects are related to the transportation sector. Of these, more than half are related to railways and road construction, which are not expected to promote regional connectivity – a major aim of the BRI – in the foreseeable future. The rest are related to projects for seaport construction and operation which, due to Israel’s limited economic relations with its neighbours, are neither expected to advance nor be economically dependent, in the short-to-mid-term, on regional connectivity.

In Jordan, where in 2015 a Jordan-China agreement to construct the former’s national railway network was discussed unsuccessfully, the actual level of Chinese involvement in the transport sector is negligible: about 1.5 per cent of China’s 6.35 billion dollars of direct investments and infrastructure projects in the country.

Finally, China is careful to avoid any significant involvement in the politics of the Levant. This is an essential condition – as history has shown – for enabling connectivity across the region. Nonetheless, since the start of the twenty-first century, China has demonstrated its increasing determination to play a diplomatic role here.

In 2002 China nominated for the first time a special envoy to the Middle East, in charge of advancing the Arab-Israel peace process. Four years later it made its first significant contribution to the UN peace-keeping operations in the Middle East by sending 400 troops to the United Nations Interim Force in Lebanon (UNIFIL). And in that same decade, China started generating diplomatic proposals to help solve the Middle East conflicts while expressing a general interest in becoming part of the respective international efforts.

Yet none of these measures has involved considerable political, economic or military investment or risk-taking. China’s diplomatic proposals regarding the Israel-Palestine conflict and the Syrian civil war did not reflect an intention to actively mediate these conflicts, and when the Chinese were requested to make a costly effort to stabilise the region – to take a part in the international struggle against ISIS, for example – they declined.

In conclusion, contrary to speculation that China intends to consolidate a strategic position and political role in the Middle East, its pattern of involvement in the Levant so far suggests otherwise. China’s involvement in this part of the Middle East instead reflects great prudence, the dominance of economic considerations over political ones, and prioritisation of the Maritime Silk Road over land connectivity projects.

Dr Yoram Evron is a Senior Lecturer in Chinese studies in the Department of Asian Studies at the University of Haifa, Israel. His current research focuses on China-Middle East relations, Asian powers’ involvement in the Middle East, and China’s military procurement and civil-military relations. He is the author of China’s Military Procurement in the Reform Era: The Setting of New Directions (Routledge, 2016). His recent articles include ‘The Challenge of Implementing the Belt and Road Initiative in the Middle East: Connectivity Projects under Conditions of Limited Political Engagement’ (The China Quarterly, 2019), and ‘China’s Diplomatic Initiatives in the Middle East: The Quest for a Great Power Role in the Region’ (International Relations, 2017).

How Asia perceives China in the context of BRI: Evidence from an Asian poll
Kashmir’s nakba