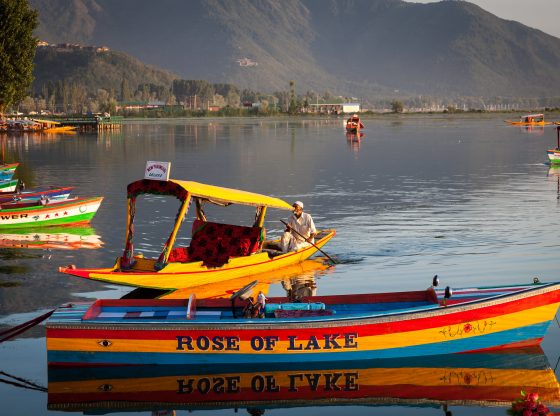 On 5 August 2019, the Indian government announced its decision in parliament to scrap Kashmir’s special status and limited autonomy through a presidential decree. Key provisions in Article 370 of the Indian constitution, which allowed the state of Jammu and Kashmir (J&K) to have its own constitution and flag, were thus unilaterally annulled.

And so Kashmir’s darkest fear – of losing the last remaining remnants of Kashmiri sovereignty and identity in the form of Kashmiri rights over Kashmiri land and the statehood and residency rights which flow from them – had now come true.

For Kashmiris, the withdrawal of constitutional protections over their land, residency rights, statehood, identity and ways of life, in a territory recognised as disputed by the United Nations (UN), signalled the overt advancement of India’s settler-colonial project in their homeland. The revocation of Article 370 makes it possible for Indian citizens from outside the state to permanently settle, buy land, and gain access to local government jobs and scholarships in Kashmir.

Prior to the government’s announcement, the leaders of the mainstream Kashmiri political parties were arrested and the Kashmiri population subjected to a crippling lockdown. This included an internet and telecommunication blackout, a ban on public gatherings, a curfew and military crackdown, and extraordinary levels of repression against the local population.

Over 4,000 civilians, including young people and children, were arrested and detained under the Public Safety Act (PSA), which allows detention without trial for a period of two years. Most detainees were flown out of Kashmir, as the local prisons ran out of capacity. In addition to the existing extraordinary troop presence of at least 500,000 security forces, the central government dispatched an additional 38,000 troops to the region.

While a constitutional expert associated with the government’s decision maintained that the decision was ‘legally sound’, an eminent jurist and scholar of Kashmir’s legal and constitutional history termed the revocation of Article 370 ’unconstitutional’ and ‘deceitful’. In general, critical legal experts underscored the extra-legal sleight-of-hand employed by the government to annul Kashmir’s autonomy. Petitions contesting the legality of the annexation are pending in India’s Supreme Court for what promises to be a protracted legal battle with an uncertain outcome.

India’s assault on Kashmir’s autonomy, land and rights struck a vital blow to the last remnant and symbol of identity the Kashmiris were holding on to in their long struggle for nationhood. The elimination of legal safeguards for Kashmiri land and the rights of Kashmiri residents rendered both utterly defenceless against a latent but now manifestly overt project of demographic domination.

Jammu and Kashmir has been a Muslim majority state since the twelfth century. The region of Kashmir, with its capital city Srinagar, has been the historic centre of Kashmiri culture, identity, revolt, nationalism and struggles for justice. At the same time, the centrality of Kashmir to the erstwhile riyasat (kingdom) of Kashmir was a source of resentment among the state’s constituent sections in Jammu and Ladakh, as it created what they viewed as an unduly Kashmir-centric politics and political order.

Moving to exploit and instrumentalise this faultline, the August 2019 decree split the state into two separate Union Territories (UTs) of Jammu and Kashmir on the one hand, and Ladakh on the other, each of them under direct central control. The split replaced the older, overarching and historically shaped Kashmiri identity and polity with a new Balkanised version, with the constituent groups and regions, ranged in competitive rather than the cooperative mode. In this respect, the explicit (albeit unstated) purpose of the revocation and bifurcation was the obliteration of Jammu and Kashmir’s Muslim-majority character through territorial division and ethnic polarisation.

In the new Union Territory of Jammu and Kashmir, the bifurcation was intended to blunt Kashmiri Muslim resistance against Indian occupation and repression by pitting it against Hindu nationalist sentiment in the Jammu region. Likewise, Kargil’s Ladakhi Muslims in the new Buddhist-dominated Union Territory of Ladakh were to be dominated and assimilated within a Buddhist-dominated polity.

Furthermore, a plan for the delimitation or redrawing of assembly constituencies in the Jammu and Kashmir UT was announced soon after the revocation. Its intention was to open up opportunities for the Hindu nationalist government at the centre to have a greater political presence and role in the region that would, in turn, facilitate an end to Kashmiri Muslim pre-eminence in the erstwhile state by shifting power away from Kashmir to Jammu and Ladakh.

In these myriad ways, the bifurcation polarised and politicised the region’s three great religious identities that would, in turn, erode and subvert the integrity of a shared Kashmiri identity shaped by the region’s distinctive history.

It is within this context that the real significance of the removal of the traditional red and white Jammu and Kashmir state flag with its three white stripes symbolising the three regions of Jammu, Kashmir and Ladakh from the civil secretariat building in Srinagar must be understood. Only the Indian flag remained, symbolising Kashmir’s rite of passage from occupied territory under Indian suzerainty to annexed and occupied Indian Union Territory.

The date of 5 August 2019 symbolises Kashmir’s very own nakba – the universally recognised Arabic word which connotes the Palestinian catastrophe when more than 700,000 Palestinian Arabs fled or were expelled from their homes during the 1948 Palestine War. The past is mirrored in the anguished words of Niya Shahdad’s mother as she gulped down her tears: ‘Kashmir has been finished off’.

In addition to destroying Kashmir’s identity by dispossessing Kashmiris of their sovereignty over land and residence rights, the revocation addressed three long-standing interests of the Indian state.

First, the annexation sought to erase the legal fact of Kashmir as a disputed territory, affirmed in international law by way of several UN Security Council resolutions. The ghost of India’s persistent latent fear that a future plebiscite – as endorsed through various UN resolutions – could go against it has been exorcised by way of Kashmir’s annexation. Kashmir’s entry into the Indian Union would also help mask its unresolved status in international law and India’s own commitments to the same.

The Indian state’s standard response to international criticism of the revocation without Kashmiri consent centred on the argument that the annexation was a domestic issue bearing the stamp of the legislative authority of the Indian parliament. The fact or claim that Article 370 in India’s constitution restricted Indian parliamentary jurisdiction in Kashmir was thus rendered superfluous.

A second significant objective of the revocation was to further the Hindu nationalist goal of erasing Kashmiri nationalism entirely. By polarising the separate religious identities through revocation and bifurcation and by emphasising the differences between the Kashmiri Muslim identity and the regional Kashmiri Hindu (Jammu) and Kashmiri Buddhist (Ladakh) identities, the annexation served to isolate and restrict the Kashmiri Muslims’ struggle for self-determination to the Kashmir Valley.

Kashmir’s long-standing struggle for justice and self-determination could henceforth be represented as territorially limited and – by extension – politically illegitimate. Kashmiri claims to a Kashmir-based Kashmiri Muslim identity could now be undercut by a right-wing Hindu majoritarian nationalism and its attendant homogenising narrative of a single (read Indian) identity.

Finally, India’s annexation of Kashmir advanced another key objective of the right-wing Hindu nationalists, namely, the re-crafting of India as a territorially Hindu state. No longer does Kashmir symbolise Indian secularism as it once did by virtue of its Muslim identity. On the contrary, attempts by the Hindu nationalist central government to undermine, subvert or erase material signs and symbols of the Kashmiri Muslim presence, identity and struggle have gathered pace post-annexation.

The birth anniversary of Sheikh Abdullah, an icon of Kashmir’s Muslim-led struggle against the oppressive Dogra monarchy and modern Kashmir’s first prime minister, was removed from a new list of public holidays drawn up by the new governor in Kashmir – an appointee of the New Delhi government. A similar erasure was effected for a convention centre bearing Sheikh Abdullah’s name.

Kashmir’s Martyrs’ Day – commemorated annually on 13 July in memory of a Kashmiri Muslim revolt in 1931 against the tyrannical rule of the Dogra Maharaja in Kashmir, during which 22 Kashmiri Muslims were shot dead by the Maharaja’s forces – was likewise removed from the new list of public holidays.

Such changes are very much in line with the Hindu nationalist assault on Kashmir’s political history and its concerted effort to erase Kashmiri Muslim markers and historical junctures of power, struggle and resistance from the record in order to further advance the project of Indianising and Hinduising Kashmir. Accordingly, 26 October – the day of Kashmir’s accession to India in 1947 – does figure in the new post-annexation public holiday list for the Union Territory of Jammu and Kashmir.

There is very little public knowledge or understanding of Kashmir’s history in mainland India, especially its conditional accession to India in 1947. Or, indeed, of India’s failure to adhere to its promise to allow Kashmiris the right to determine their future by way of a free and fair plebiscite. Or of the designation of Kashmir as a disputed territory by the United Nations.

Public ignorance regarding Kashmir in mainland India, reinforced by the pro-establishment media and a festering militarised and nuclearised impasse between India and Pakistan over Kashmir, has helped to normalise a view of Kashmir wherein Article 370 was synonymous with separatism by a disloyal Muslim majority. Such normative distortions helped facilitate and cement public consent for the August 2019 decision.

Nonetheless, and notwithstanding the nationalist euphoria around the revocation in mainland India, Ashok Bhan, the former Director-General of Police in Jammu and Kashmir, warned of the impending and inevitable consequences of the Article’s revocation for Kashmir:

‘The abrogation of the special status accorded to J&K and re-organisation of the state will add to alienation, mistrust, and the questioning of the government’s democratic credentials in the Valley. While it will be hailed in large parts of Jammu province and in Leh district, both condemnation and appreciation will be along religious lines.’

The Kashmiris were not a party to the plan to revoke Article 370. Neither are the low levels of violence being seen in Kashmir any measure of popular acceptance for the decision. On the contrary, India’s extraordinary and continuing military presence is testament to its containment of the free expression of Kashmiri opinion through repression and coercion.

The silence of the disempowered and dispossessed is unlikely to last long, however. Official representations of the uneasy calm in Kashmir as signifying a state of normality are a mischaracterisation of a stark reality wherein Kashmiris are left with no other option except to resist.

Seema Kazi is a New Delhi based researcher and writer.

China’s involvement in the Levant: It’s the economy after all
Sharp decline in US imports from China as Mexico becomes #1 trading partner in 2019