Pakistan and the foreign remittance sector 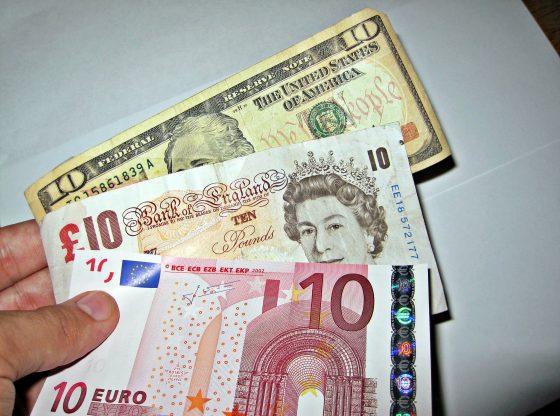 Remittances make up around 86 per cent of the secondary income balance of the economy of Pakistan, which underscores its significance for the country’s overall foreign exchange reserves. During the period 2018–2019 Pakistan received remittances worth USD 21 billion, which almost equalled the country’s total export bill. It should be noted  that the support provided by the flow of remittances has helped the economy by reducing the gap in the current account deficit.

However, the economic slowdown, along with a sense of growing nationalism in the Gulf countries, has resulted in a decline in the number of migrant workers in the Gulf. This means that measures need to be taken to make the existing workforce more competitive. For Pakistan, the largest remittance source is Saudi Arabia. However, Pakistan’s economic revenue from remittances is still insufficient, even though remittance inflow from Gulf Cooperation Council (GCC) countries showed an upward trajectory in 2019, from USD 936.3 million in 2018 to USD 1083.03 million in 2019.

Considering that currently there are almost 4.7 million recorded Pakistanis employed in the Middle East, there is a certain inequality between remittances received and workers present. By way of example, even though almost the same number of Pakistanis are working in Saudi Arabia as Indians, the former send back fewer remittances than their Indian equivalents. It is essential that Pakistan revitalise its existing workforce and take steps to make it more competitive relative to the labour force from other South Asian countries.

For example, Bangladesh has an estimated migrant workforce of 2.8 million, and its remittance flow was USD 1368.20 million in 2018 alone. According to a report by the International Labour Organisation (ILO), the need for low as well as semi-skilled migrant workers in the GCC private sector will remain high in the short-term in view of large projects such as Dubai Expo 2020 coming on stream. Hence the government of Pakistan would do well to focus on providing vocational training programmes to meet this demand. This would visibly aid the economy.

In order to tackle the problem of remittance inflow, another area which needs to be addressed is the cost of remittances. Under the Pakistan Remittance Initiative (PRI), which was set up in 2009, for a minimum transfer of USD 500 the remittance facility is free. This means that as the amount of the remittance being transferred increases, the cost of transmitting it goes down. However, this is ineffective, since a large proportion of Pakistani workers overseas are on temporary contracts, which means that they are only able to send home small amounts of money.

Hence, more should be done to lessen the burden of remittances – which falls predominantly on lower amounts – and to make the process of moving funds less unwieldy. One way this can be done is if the minimum amount at which to avail of the free service is lowered to USD 210,  which would mean these remittances can be brought within the formal setup. At the moment, given the high transfer costs attached to sending small amounts of money, workers prefer to use informal channels for transferring their money back home to Pakistan.

Furthermore, if partnerships were established between banks and the post office network, this could aid in the financial provision of remittances. One of the reasons why people do not choose to use banks is because of their low coverage, especially in rural parts of the country. Post offices can help fill this gap. By incorporating low-cost remittance transfers in the rural sector into the overall financial provision, Pakistan could achieve its target of lowering the cost of remittances to 3 per cent by 2030. In addition, it goes without saying that greater transparency and the use of digital technology can help redirect the remittance flow from informal to formal channels.

Nonetheless, even though new enterprises such as mobile wallets have to an extent assisted in tackling factors such as cost, the problem of people’s reluctance to engage with formal banking routes still needs to be addressed. The PRI was set up to speed up the remittance transfer route and make it inexpensive. However, the system is still ineffectual and, contrary to intentions, it is pushing workers to rely on informal channels instead.

For this reason, organisational and operational changes need to take place inside the system, and the rules which are already in place need to be employed more effectively. At the same time as improving the PRI, the government needs to work on creating a knowledge economy by capitalising on training centres that target nuanced work skills.

The Pakistani political and economic establishments, together with their host country counterparts, need to regulate and identify companies involved in fraud, people trafficking and migrant worker abuse. Laws such as The Prevention of Smuggling of Migrants Act, 2018 need to be implemented. Furthermore, in order to remunerate workers who have been persecuted, emergency funds need to be put in place.

The issue of foreign remittances requires great attention at the government level. It is essential to formulate a comprehensive policy in order to enhance the influx of remittances from Pakistanis working overseas by removing all the procedural hurdles and bringing all the relevant departments and stakeholders on board.

Arhama Siddiqa is a Research Fellow based at the Institute of Strategic Studies, Islamabad, Pakistan.