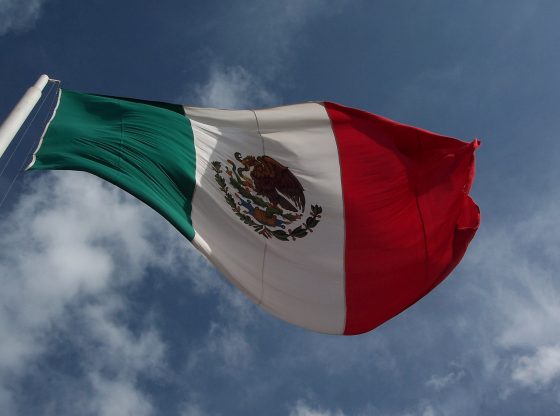 At the end of January of 2020, the United States Census Bureau published the definitive trade statistics for 2019. Perhaps unsurprisingly, this went practically unnoticed by the mass media in the US, China and around the world in light of the global emergency caused by the coronavirus (COVID-19) and its economic and political effects. One such effect is the postponement by China of its top political meeting, the ‘Two Sessions’, planned for March 2020.

The impact of the new trading pattern will be very significant, however. The most striking result in relation to US trade in goods is that China, which became the United States’ main trading partner for both exports and imports in 2015 (displacing Canada and Mexico), fell back to third place behind those two countries.

US imports from China accounted for a maximum of 16.34% of total imports in 2017, falling to 15.68% and 13.49% in 2018 and 2019, respectively. In 2019, US imports from and exports to China decreased by 16.2% and 11.3%, respectively. In other words, while the trade deficit in goods between the US and China reached its highest level in 2018 (USD 419.5 billion), by 2019 the deficit had fallen to USD 345.6 billion. From this perspective, the challenge of achieving the goals of the trade truce between the US and China becomes even more difficult (if not impossible), as the data in the graph below illustrate.

In addition to the above, at least three other results are relevant.

First, while it is true that Mexico and Canada became the first and second main trading partners for the US, their respective trade dynamics have been rather poor: while overall trade with Mexico increased by only 0.5%, trade with Canada’s actually fell by 1.0%. Thus, the changes in the profile of US trade and the country’s key trading partners are almost entirely due to the drastic fall in trade with China.

Third, the above results refer to overall changes in trade between the US and China in 2019, without distinguishing between sectors. The table below presents the figures for a number of different Chinese imports into the US. Here we can see that for several commodities, such as bodies and chassis for passenger cars or automotive tyres and tubes, imports from China fell by more than 50% in 2019. In other areas, however, imports from China accounted for more than 50% of total US imports, such as toys, games and sporting goods, and also computers. 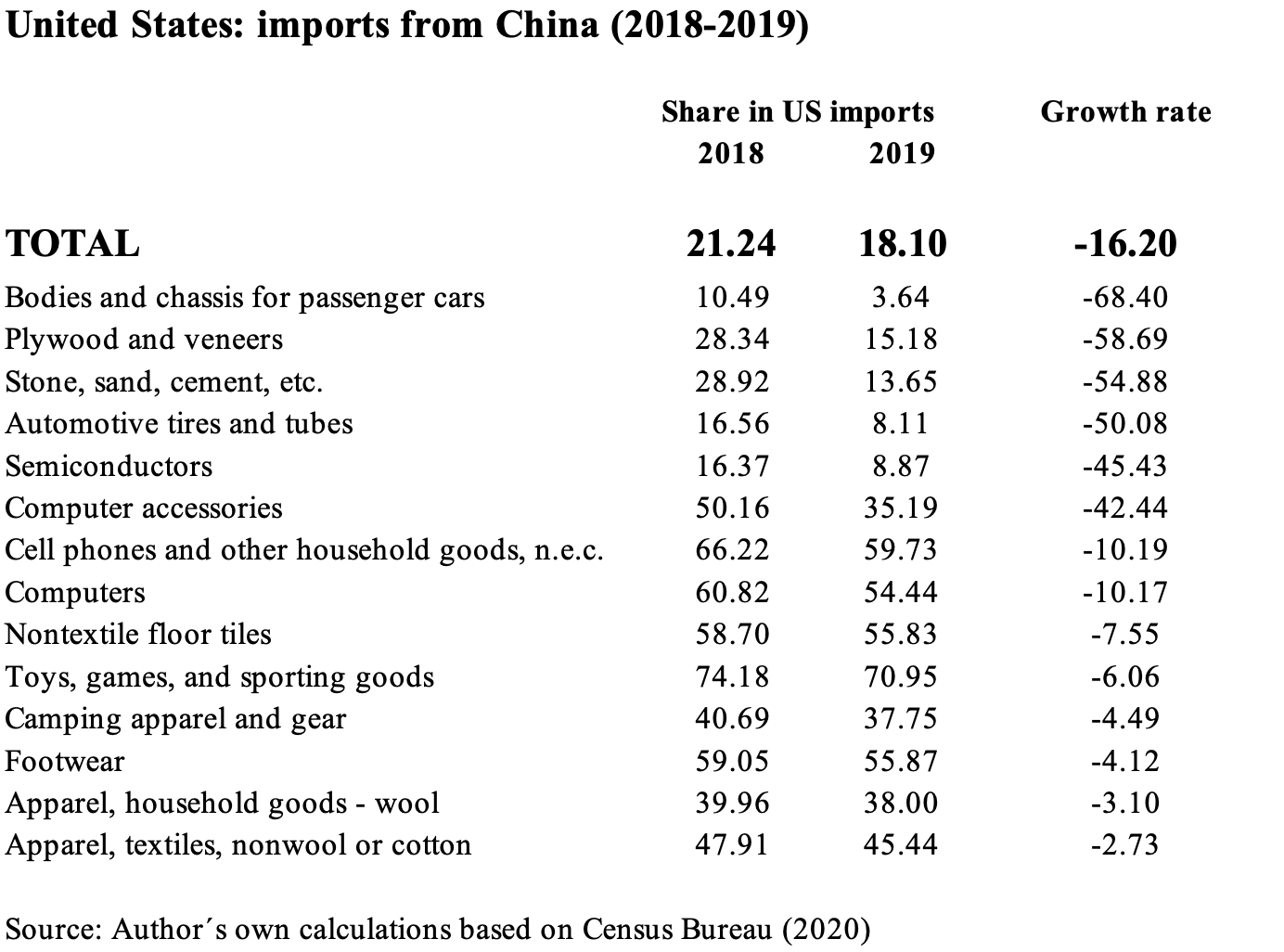 Several points can be inferred from these trends. First and foremost, it is clear that the aggressive trade policy of the Trump Administration since 2018–19 continues to have a substantial impact on the structure of US trade. This has resulted in a significant drop in China’s trade with the US, which fell from 16.34% in 2017 to 13.49 % in 2019 (as can be seen in the bar chart above).

It is not clear, however, whether strengthening intra-regional trade within the North American Free-Trade Agreement (NAFTA) area will be the best measure to compete with Asia and China, particularly in relation to specific value-added chains such as auto parts, automobiles, electronics and telecommunications. In addition, recent trade trends indicate that countries such as Mexico –and the NAFTA region as a whole – have become an important competitor in the ‘new triangular relationships’ that have resulted from the ‘great power competition’ between the US and China.

Finally, the possibility of China complying with the recent US-China trade truce is difficult to envisage for 2021, particularly in light of the impact of COVID-19, both in China and globally.

There is perhaps some similarity with the old discussions around the ‘transfer problems’ of Germany´s difficulties in meeting its repayment commitments after the First World War. This eventually resulted in international and domestic justifications for nationalism, racism and militarism, as well as other global impacts. If similar effects were to be experienced in China, then this would likewise have a substantial impact on the world.