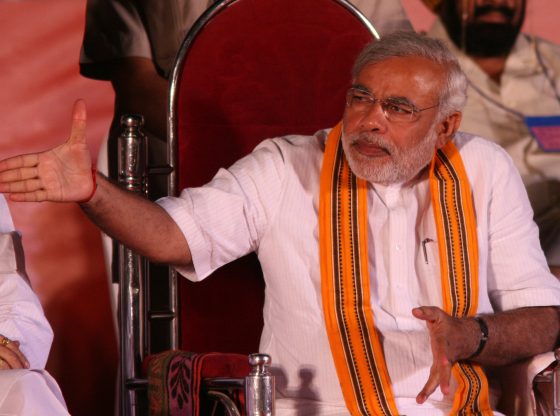 With the wisdom of hindsight, the developments in India led by Narendra Modi’s regime may be seen as validating some aspects of Acharya Chanakya’s vision of ‘Undivided India’ (Akhand Bharat), although at the same time, they call other aspects of it into doubt. Even though achieving a parliamentary majority for the ruling Bharatiya Janata Party (BJP) in the 2019 general election is viewed as a great political achievement of Modi’s leadership, the fabric of secular India now risks being torn.

Across the region and around the world there has been a sharp response to Modi’s inordinate moves, producing a stream of criticism, particularly in relation to the Citizenship Amendment Bill (CAB) and India’s revocation of Kashmir’s special status.

The chances of peace in the region are slim, and will soon be nothing if Modi continues to ignore the national outrage over the CAA and human rights violations in Jammu and Kashmir

Modi appeared to idealise Chanakya’s vision of a united India by making Hindutva the motivational force of the party. Then, being unrealistically optimistic about the outcome, Parliament passed the CAB into law. The CAB, which is now the Citizenship Amendment Act (CAA), offers amnesty to non-Muslim illegal immigrants from three neighbouring countries: Pakistan, Afghanistan and Bangladesh.

The CAA has been widely criticised for its agenda of religious discrimination and violation of the secular principles enshrined in the Indian constitution. Passing the bill triggered protests nationwide and caused internal destabilisation. By the end of February 2020, as many as 69 people had been killed in various incidents in the 79 days since the CAA became law.

Arundhati Roy, a renowned journalist and social activist joined the protest and noted that ‘India is faced with the biggest challenge since independence as the CAA, followed by the National Register of Citizens (NRC), is set to break the back of our Constitution and cut the ground from under our feet’. She further described the CAA and the NRC as ‘discriminatory’. Another British Indian journalist, Aatish Taseer, also spoke out against the two pieces of legislation. He then faced a backlash in the form of losing his Indian overseas citizenship. He described the government’s move as ‘highly suspicious and systematic’.

Shashi Tharoor, a former UN Under-Secretary-General and former Indian Minister of State for External Affairs, criticised Modi for his political-economic ineptness. In regard to the CAA he wrote that the bill is ‘fundamentally antithetical to India’s secular and pluralist traditions’ and ‘an affront to the tenets of equality and religious non-discrimination enshrined in our Constitution’.

To the great grief and disdain of the Indian nation, the criticism against Modi’s actions refuses to die down. Bollywood stars, who have been instrumental in promoting the diplomatic and soft image of the country, also voiced their opinions and explicitly joined the anti-CAA protests. A prominent Indian actor and director, Farhan Akhtar, not only condemned the bill but is even spearheading anti-CAA demonstrations. According to media reports, around 300 celebrities have signed a petition against the CAA and expressed solidarity with the protesters.

Meanwhile, international organisations such as Amnesty International assert that the CAA stands in ‘clear violation’ of the Constitution of India and international human rights law and ‘legitimises discrimination on the basis of religion’. It further urges India to repeal the discriminatory Act.

In addition to the CAA, Modi’s government has revoked Articles 370 and 35A of the Indian constitution.  The latter infers some special privileges on the people of the state of Jammu and Kashmir. This has generated much comment in the global media about the human rights violations in Indian-administered Kashmir which have resulted from the abrogation of these articles. Amnesty International has cautioned that there is a risk of further human rights violations in the region.

There is no longer any secret about Modi’s nationalist Indian ideology following these two significant actions: introducing the CAA and scrapping the right of Kashmiris to self-determination. The BJP’s long-term and explicit goal has never been directed at regional peace and stability.

BJP president Amit Shah equated Gandhi’s freedom struggle to a business enterprise. He later clarified that his remarks were made in a specific context, but the nation was not convinced. What good, then, can be expected from a leader like Modi, whose party disregards the country’s founding father and national icon? Such leadership provides a clear manifestation of India’s future.

Narendra Modi has shown little concern for the long list of problems that India faces, both domestically and internationally. Disregarding the country’s secular foundation under the garb of a draconian myth of democratic India is contemptible. And despite navigating bilateral relations with China, New Delhi has failed to exploit the strategic space offered through China’s Belt and Road Initiative (BRI) by opposing the China-Pakistan Economic Corridor (CPEC), one of the BRI’s flagship projects.

Since China’s rise as the world’s second largest economy, American hegemony seems to be on the wane. The US has formally withdrawn from its role as global policeman and is worried about the economic might of China. Therefore, it would be pertinent for India to leave the orbit of its bilateral relations with the US and work to promote regional peace and development.

Unfortunately, however, Modi has not only missed the boat of peace and stability in the region by his opposition to the BRI, but through his actions he has also failed to maintain the image of a peaceful and secular India. His aspirations for an economically prosperous state can now be seen for what they are.

The chances of peace in the region are slim, and will soon be nothing if Modi continues to ignore the national outrage over the CAA and human rights violations in Jammu and Kashmir. He should understand that any opposition, whether at the national or international level, needs to be vanquished by argument alone. In the midst of India’s existential crisis, Pakistan has been making gestures of peace, and that really is something from which India could learn.