China’s partnership diplomacy and the successful implementation of the BRI 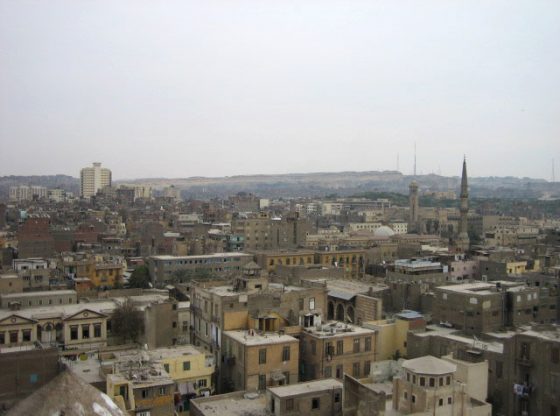 In recent years, the People’s Republic of China (PRC) has significantly increased its economic and diplomatic engagement with the Middle East region. Most of China’s trade and investment in the region focuses on energy, infrastructure construction, and investment in nuclear power, new energy sources, agriculture and finance.

Outside of the Asia-Pacific area, the Middle East (West Asia) is likely the most critical region in the world for China. Connecting China through the Suez Canal to the Mediterranean and Europe, the Middle East presents a unique geostrategic location for Beijing, a critical source of much-needed energy resources, and an area of expanding economic ties. In turn, Middle Eastern countries regard Beijing as the most important capital city in the world after Washington because of China’s considerable economic power.

China’s Middle East partnership diplomacy has provided a platform for deepening and expanding the cooperation between China and the countries of the region under the framework of the Belt and Road Initiative (BRI). The launch of this ‘New Silk Road’ programme represents China’s most significant diplomatic and economic action in the twenty-first century. The BRI is the sprawling framework of trade and commercial ties between China and various world regions that has become the flagship foreign policy of the Xi administration. This initiative seeks primarily to open up new markets and secure global supply chains to help generate sustained Chinese economic growth and, thereby, contribute to social stability at home.

The initiative has both land-based and maritime components. The different sub-branches of the Silk Road Economic Belt (a series of land-based infrastructure projects including roads, railways, and pipelines) and the 21st-Century Maritime Silk Road (made up of ports and coastal development) are intended to create a multi-national network connecting China to Europe and Africa via the Middle East. This will facilitate trade, improve access to foreign energy resources, and give China access to new markets. The two schemes are inseparable, and the PRC has set their parallel implementation as its goal.

Thus, the BRI is at the core of China’s diplomatic encounters with Middle Eastern countries. Chinese officials have repeatedly emphasised that through the BRI, China and the countries of the region will be able to develop mutually beneficial relations. As a result, Beijing’s New Silk Road strategy will provide new momentum for the economic transformation of the Middle East region.

In parallel, The BRI is creating new opportunities for these countries as they look to diversify or rebuild their economies, increase trade, and seek investment opportunities in emerging markets. They also want to promote the BRI and incorporate it into their national development plans. This is a growing trend among the countries of the region that want to benefit from China’s favourable business conditions, expertise and experience in its rapid path to economic development.

This partnership diplomacy has become a primary foreign policy tool for the Chinese government. The concept of ‘partnership’ emerged within Chinese diplomacy after the end of the Cold War and continues to flourish. Since then, building strategic partnerships has become one of the most critical dimensions of the Chinese diplomatic strategy. It includes a scale of relations, ranging from a friendly cooperative partnership at the bottom to a comprehensive strategic partnership at the high end. Each of the five categories of relations features specific priorities, signalling the level of importance Beijing attaches to that particular state.

The five levels of China’s strategic partnership diplomacy (from highest to lowest) can be described as follows.

In the Middle East, China’s regional partnerships differ from those of the US or Western alliance. Beijing seeks flexible political cooperation based on free political bonds, while the US or Western alliance often targets external enemies based on defence treaties. China believes that, whereas alliances can potentially expose states to a high degree of risk, partnerships are perceived as more interest-driven and flexible; the partnership denotes a shared commitment to managing unavoidable conflicts so that partner nations can continue to work together on vital areas of common interest.

China’s Middle East partnership diplomacy has provided a platform for deepening and expanding the cooperation between China and the countries of the region under the framework of the BRI. Since 1999, it has forged special political relations with every state in the Middle East except those engaged in a civil war (i.e. Lebanon, Syria and Yemen), signing either a strategic or a comprehensive strategic partnership.

There is a clear and direct connection between China’s emerging partnerships with the Middle Eastern countries and implementation of the New Silk Road strategy. Therefore, the key to understanding China’s heightened involvement in the Middle East must be in the context of the successful implementation of the BRI. The New Silk Road is an essential guide to China-Middle East partnership diplomacy, since the region holds a unique position in the PRC’s new policy framework.

Dr Mordechai Chaziza holds a PhD from Bar-Ilan University and is a Senior Lecturer at the Department of Politics and Governance and the Division of Multidisciplinary Studies in Social Science at Ashkelon Academic College, Israel. His book China and the Persian Gulf: The New Silk Road Strategy and Emerging Partnerships was published in 2019, and his second book China’s Middle East Diplomacy: The Belt and Road Strategic Partnership will be published at the end of 2020. His research interests focus on China’s foreign policy in the Middle East and North Africa (MENA) and China’s non-intervention policy in intra-state wars. Corresponding author e-mail address: motih1308@gmail.com.

Modi’s muddle and India’s existential crisis
Could the Kartarpur corridor herald a Ladakh corridor for the Baltis?