Could the Kartarpur corridor herald a Ladakh corridor for the Baltis? 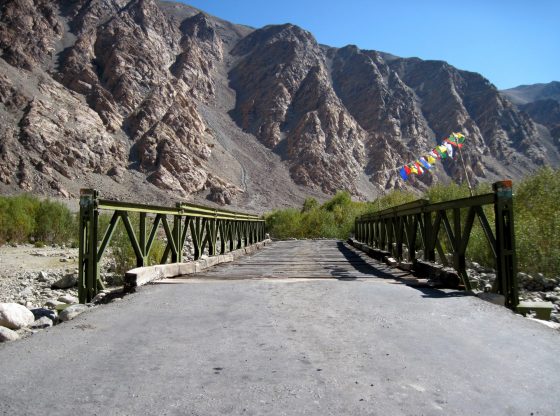 The opening of the Kartarpur corridor on the eve of the 550th birth anniversary of Guru Nanak Dev on 12 November 2019 has at last fulfilled the long-standing desire of Sikh pilgrims from India demanding a road link to access Gurudwara Darbar Sahib in Kartarpur (Pakistan), where the founder of their faith spent his final years. The opening of this new visa-free corridor for the Sikhs has revived the hopes of thousands of divided Balti families in Ladakh and Baltistan.

The question is, will the governments on either side listen to them, given the absence of influential voices to advocate or endorse their claims? The people of Ladakh and Baltistan have long demanded the opening of the Kargil-Skardu and Turtuk-Kaphlu border routes to allow meetings between divided families and even for trade. Yet both Ladakh and Baltistan have been given step-motherly treatment when it comes to opening these routes.

Kashmir, despite being a conflict zone, already has the Srinagar-Muzaffarabad and Pounch-Rawalkot (Jammu) border routes which are open for trade as well as the movement of people. Now the opening of the Kartarpur corridor has fulfilled the wishes of people from both sides of Punjab. Even if not for trade and tourism, the Balti people on each side of the border now desire a Kartarpur-like corridor to enable divided families to meet up again.

Who are the Balti people?

Before Partition, Kargil, Leh and Skardu were part of the Ladakh Wazart, but the ceasefire lines permanently divided the Ladakh Wazart into Ladakh and Baltistan in 1949. This, combined with the India-Pakistan war of 1971, resulted in the permanent separation of thousands of families along this mountainous border between India and Pakistan.

The divided families on the Indian side are spread across Kargil from Drass to Padum (Zanskar) and Turtuk in the Nubra Valley of Leh. On the other side in Baltistan people are spread right across the region but mainly settled in Skardu, Shigar, Kharmang, Khaplu and Ghanche. They all share a similar culture, food habits and the same dialect (the Balti language), with slight variations as the region changes.

The production of Balti ghazals and songs represents a mini-industry in itself that has gained in popularity with the advent of the internet on both sides of the border. The Balti singers of Baltistan are famous in Ladakh, while the Balti singers from Ladakh are equally popular in Baltistan.

The geopolitical barriers established by Partition and the nature of India-Pakistan relations (especially after the 1999 war) have permanently divided the Balti people into two halves with very little chance of visiting each other because of visa restrictions and the lengthy paperwork involved.

However, despite the impermeability of the border, the Balti people in India and Pakistan continue to maintain a strong emotional and cultural link sustained by their shared linguistic and religious history. It is due to this feeling of oneness that the Balti people on both sides of the border keep on renewing their demand for an open border to facilitate trade and people-to-people diplomacy.

Mohammad Hasan Hasti, a poet from Skardu (Gilgit-Baltistan) sums up this feeling of separation when he writes in one of his poems:

[Oh dear (the one in a cage); there is a distance of only a wall between. If there wasn’t any wall (border), we would be in paradise (undivided India).]

Is a Ladakh corridor possible?

Opening up strategic routes including the Kargil-Skardu route was always on the agenda of the previous governments of the erstwhile state of Jammu and Kashmir. Historically, the 170 km stretch used to connect Kargil in Ladakh with Skardu and the capital Gilgit in Gilgit-Baltistan, which is now administered by Pakistan.

The People’s Party came close to fulfilling the demand to open the route, not least because its leader and the former Chief Minster publicly supported the idea of opening up the region to the outside world as a ‘gateway to Central Asia’. demand to open these routes is also promoted by the dominant local parties in Kargil – Islamia School and the Khomeini Memorial Trust (KMT) – which have organised several ‘shutter down protests’ in the past to push for the opening of the Kargil-Skardu route.

With the recent creation of Ladakh as a new Union Territory and the opening of the Kartarpur corridor, the Balti people of Ladakh and Baltistan are hopeful that things might now change. Even if not the full routes, then perhaps a Kartarpur-like Ladakh corridor that would enable divided families to meet up at a particular point on the border. A similar demand has also been seen in Baltistan, where social media was abuzz with the idea following the opening of the Kartarpur corridor.

There is the potential for a religious corridor for the Baltis just like the Kartarpur corridor for the Sikhs, although not much is known about this in either Ladakh or Baltistan. In the Batalik district of Kargil near the India-Pakistan border stands the ziyarat (tomb) of Sheikh Ali, which is known locally as the Brolmo Sheikh Ali Ziyarat and is revered equally by the people of Kargil and Baltistan.

One of the interviewees during my field trip to Pakistan expressed her feelings by saying: ‘When we look at the ziyarat we feel like we are touching it, while at the same time knowing that our relatives are also on the other side brings satisfaction as well as tears’. She also told me how every time she goes down to the river (Indus) flowing from Ladakh into Baltistan she has a sip, knowing it has touched the soil where her great-grandfather lies.

It should be noted that this ziyarat is regularly thronged with people in Kargil, especially those who have a relative in Baltistan. Hence, whether knowingly or not, this place has become a point of convergence and a meeting point for Balti people on both sides of the border; emotionally, if not physically.

In Ladakh, there are two places that could be used as a potential meeting point for the divided families. One is in Turtuk, which shares a border with the Kaphlu district in Baltistan, and one is in Batalik (Kargil), which shares a border with the Kharmang district of Baltistan. Just like the Kartarpur corridor, the governments on both sides could work to provide day-passes and mark a time on them by which people have to return to their respective sides.

In Batalik, the Indian government could also develop the ziyarat into a religious tourism spot and charge a reasonable amount from the people of Baltistan. And because there is currently no issue of terrorism in either Ladakh or Baltistan, there should be no threat of terror crossing over, as currently exists in Kashmir.

The opening of a Ladakh corridor would mark the first step in opening up other strategic routes in the future. The government of India has always insisted that Baltistan is part of erstwhile Jammu and Kashmir – even more so since the removal of Article 370 – but so far it has not done anything practical for the Balti people.

Opening up a Kartarpur-like corridor would be the first such gesture for the people of Baltistan and help them develop an emotional connection with India. Moreover, it would fulfil a long-held demand of the Balti people in Ladakh and help develop confidence in this isolated Himalayan region, especially following the formation of the Union Territory of Ladakh.

Currently, if someone wants to visit relatives in Baltistan, it soon becomes a distant possibility due to the lengthy paperwork and the long distance one has to travel just to meet someone who lives a stone’s throw away from the border. While the internet has played an important role in bringing divided families closer, the recent network shutdown has curtailed these online meet-and-greets. A Ladakh corridor like the Kartarpur one will bring an end to the miseries of these mountain people and add another chapter to the confidence-building measures of India and Pakistan.

Dr Zainab Akhter is a Research Analyst at the Manohar Parrikar Institute for Defence Studies and Analysis.